ANSWER shows solidarity with struggle of Koreans in Japan 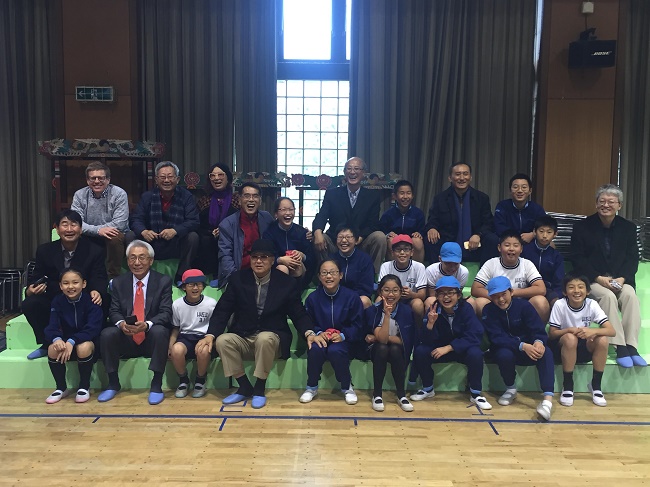 In mid-November the ANSWER Coalition helped celebrate the 60th anniversary of the founding of Korea University in Tokyo, Japan. In addition to the celebration, however, the trip was part of a campaign to intensify global solidarity with the struggle of Koreans in Japan.

Korea University is part of Chongryon, an association of Korean residents living in Japan, which hosts a network of 130 schools and cultural institutions. Chongryon is an important organization that fights for the rights of ethnic Koreans in Japan to live free from discrimination, bigoted violence, and systemic oppression. The Japanese government is extremely hostile to the schools and Japanese nationalist groups have even attacked schools and their students.

Japan colonized Korea between 1910-1945 through vicious military rule. More than physical violence, Japan also conducted cultural and psychological violence by depriving Koreans of their land, culture, language and even names. Japan forced millions of Koreans into slavery on the peninsula, in Japan and other occupied territories. This includes the “comfort women,” women and girls who were abducted and made into sexual slaves for military personnel.

When Japan was liberated in August 1945, there were over 2 million Korean residents living in Japan, 600,000 of whom stayed in the country for various and complex reasons. The main reason, however, was that the U.S. had arbitrarily divided the peninsula and set up a dictatorship in the South.

In 1952 the Japanese government—which was not dismantled but actually rehabilitated by the U.S. government following its brutal role in World War II—removed Japanese citizenship from all Koreans, depriving them of suffrage and opportunities for employment and full participation in society.

After liberation, Koreans first set up language classes to reclaim their historic linguistic traditions, and soon after, with crucial funding from the new government in North Korea, these blossomed into full-scale schools.

The repression of ethnic Koreans in Japan

The Japanese government has maintained a consistent policy of antagonism toward these schools—and their students—and has refused to classify them as “schools,” a legal move that deprives them of much-needed funding. In 2010 the government introduced a high-school tuition waiver program that applies to all schools, including foreign and international schools for U.S. citizens, except Korean schools. Additionally, nationalist elements in Japan have targeted Korean schools, going so far as threatening students and vandalizing schools.

This is part of a broader effort to revive Japanese aggression in Asia and to strengthen the U.S.-Japanese alliance. The extremely right-wing government of Shinzo Abe, for example, has been trying to alter—through re-writing or re-interpreting—Article 9 of the country’s constitution, which  “renounce[s] war.”

The delegation, which consisted of international solidarity activists, scholars and overseas Koreans from the United States, China and Russia, spent six days in Tokyo. They met with a range of students, teachers, administrators, and supporters of Chongryon.

The focal point of the delegation was a daylong international symposium commemorating the 60th anniversary of the founding of Korea University, which is the only institution of higher education in Chongryon. The symposium featured numerous scholars of Korea and the Korean diaspora, as well as educators and activists.

Our delegate, Derek Ford, delivered a speech that highlighted the crucial role of Korean education in resisting colonialism and imperialism. This domination, after all, is based not just on the exploitation of land and resources, but also on the denial of peoples’ rights to their language, culture, history and traditions.

Those of us in the United States have a particularly important role to play in this struggle, for it is the U.S. government that maintains the division of Korea through military force. Fighting U.S. imperialism is not only a matter of political principal; it is a very personal matter, affecting the lives of millions of Koreans on the Korean peninsula, in Japan and in numerous countries across the globe.