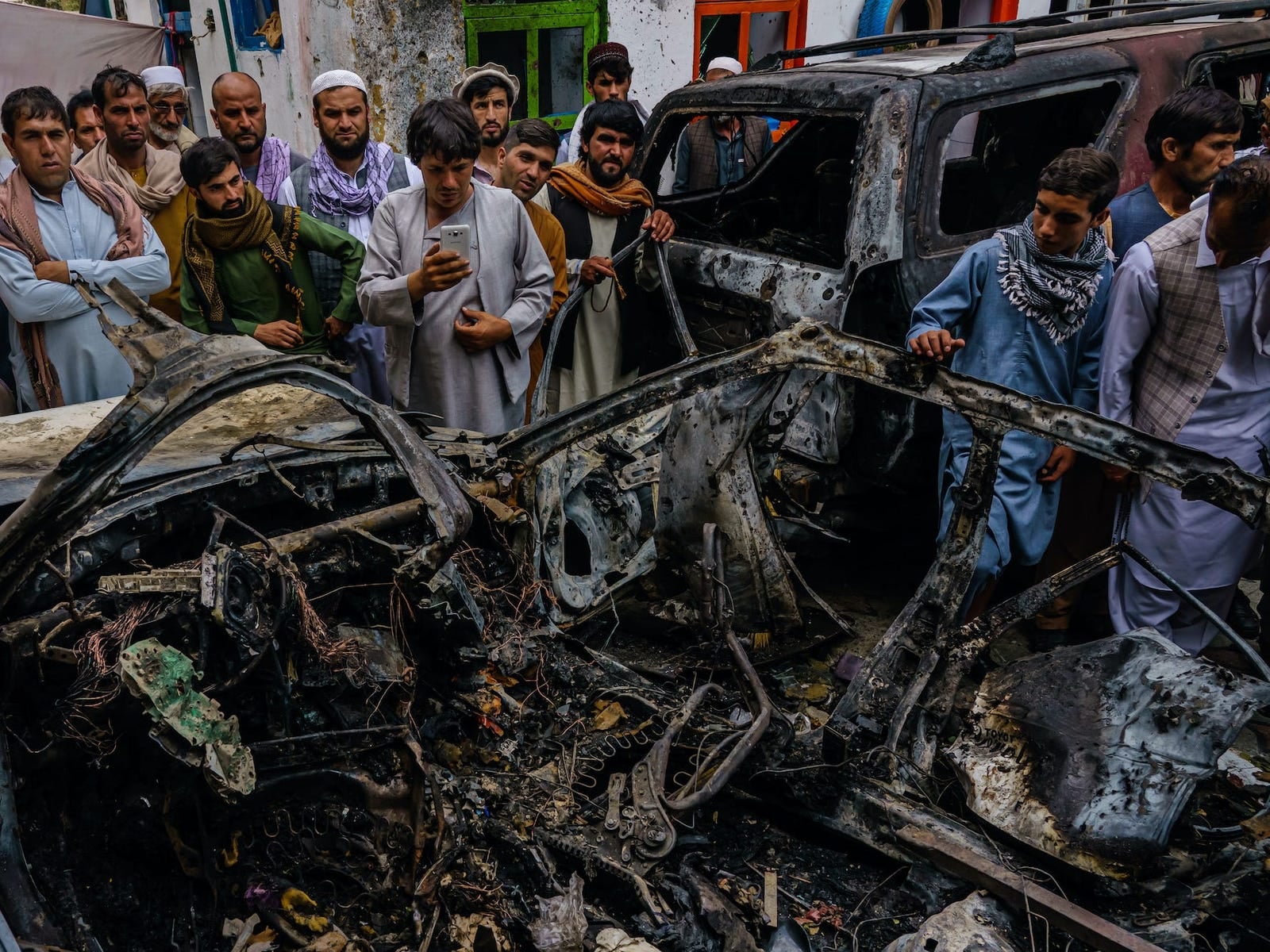 As U.S. forces were preparing to evacuate Afghanistan after 20 years of war, the Pentagon conducted a deadly drone strike in a residential area in Kabul that killed all 9 members of a family who lived next door to the target.

This final act, and perhaps it will not be the last bombing, is emblematic of what the U.S. war in Afghanistan has meant for the people of that country. Over 250,000 Afghans have died, including 71,000 civilians, since the U.S. invaded the country on October 7, 2001.

The people of Afghanistan had nothing to do with the September 11, 2001, terrorist attack against the World Trade Center and the Pentagon, but they have paid a heavy price. So too have the thousands of young U.S. military personnel who were killed or wounded in this senseless war.

The 20-year long Pentagon operation is presented to the people of the United States as a noble cause that at some point went off the rails. Initially justified as an effort to destroy Al Qaeda, the occupation of Afghanistan was presented as an effort to protect the rights for girls and women.

As in Vietnam, the people of the United States were lied to by the government about the war—the causes and motivations for the war and how it was conducted. For 20 years, the people of the United States were told that there was a hopeful light at the end of this tunnel. But the generals and politicians knew otherwise. They knew there was no such thing as "winning". But they concealed the truth from the public.

This was not a benign or humane occupation. In December 2014, the U.S. Senate Select Committee on Intelligence released a scathing 6,700 page report documenting how the CIA and the Pentagon had engaged in a massive torture program against people who were arrested or kidnapped. Using the euphemism of “enhanced interrogation techniques”, the CIA and the Pentagon engaged in a program of systematic torture of thousands of people held at Bagram airbase in Afghanistan and in other Secret prison sites, and at Guantanamo. Torture methods included beating, binding, in concerted stress positions, hooding, subjection to deafening noise, sleep disruption, sleep deprivation, to the point of hallucination, the denial of food, drink, or medical care for wounds, as well as water boarding, walling, sexual humiliation, subjection to extreme heat or extreme cold, and confinement to small coffin-like boxes (report by the United States Senate Select Committee on Intelligence, December 2014).

The United States has frozen all of Afghanistan’s assets in an effort designed to impose collective punishment on the people as retaliation for the U.S. defeat in this 20-year long debacle. The ANSWER Coalition, which has opposed the war since its onset, demands that the United States government unfreeze all of Afghanistan’s assets and that the U.S. pay reparations to the people of Afghanistan for the death and destruction caused by this 20-year long imperial adventure.