Trump’s Asia Trip is About Setting the Stage for War 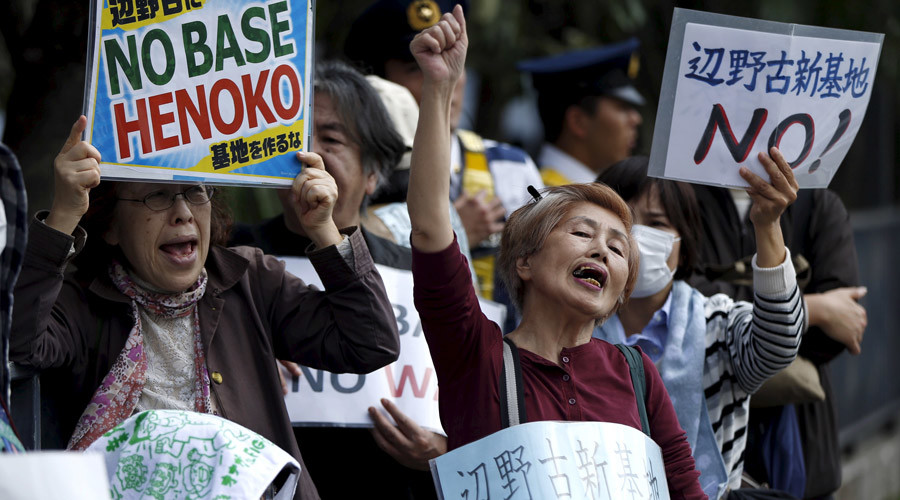 As Trump prepares to embark on his tour of Japan, South Korea, China, Vietnam and the Philippines, it is becoming more and more apparent that the purpose of his trip is to drum up support for and suppress opposition to the possibility of U.S. war on the Democratic People’s Republic of Korea (North Korea).

We are in solidarity with all those preparing to demonstrate against his visit and will do our part to build the anti-war movement in the United States itself.

Trump views Prime Minister Shinzo Abe of Japan, his first destination in the tour, as an important partner in aggression against North Korea, both because of its own military capabilities and the tens of thousands of U.S. troops that are stationed in bases throughout the country. Abe's interests coincide with Trump's, as the supposed "North Korean menace" acts as a bogeyman to prop up his government's drive to abolish Article 9 of the Japanese constitution, which prohibits the country from waging war. We send our greetings to the Joint Action Committee to Resist Trump-Abe War Talks that is mobilizing for the visit.

His trip to South Korea will undoubtedly also be an opportunity for Trump and his advisers to threaten the DPRK. It will be a macabre spectacle where Trump and his advisers will survey a country that their policies would cause the incineration of if carried to their logical conclusion. The U.S. military presence in South Korea is also a cornerstone of the strategy to contain China. The THAAD missile system, installed in South Korea despite the militant objection of the residents of the area where it is stationed, includes a highly advanced radar system able to reach deep into China.

While the U.S. government's permanent position is to limit the emergence of China as a major actor in the world, it remains to be seen what tact Trump will take when he arrives in the country following his time in South Korea. The U.S. knows that for a military attack on the DPRK to be successful they must have assurances that China will not come to the North's aid, as was the case in the 1950-53 Korean War (which has never technically ended). Many also expect Trump to pressure China to loosen requirements for technology transfers from western corporations, something that is crucial for China's economic and social development.

The final stages of Trump's tour will take him to Vietnam, where he will take part in a summit organized by Asia-Pacific Economic Cooperation, and to the Philippines, where he will take part in activities sponsored by the Association of Southeast Asian Nations. Trump is likely to cynically attempt to damage Vietnam-China relations, while similarly trying to convince Philippines President Rodrigo Duterte to abandon any consideration of a realignment with China. The Duterte government's bloody "war on drugs" that targets the poor and its crackdown on progressive and revolutionary forces in the country has never been a concern for the Trump administration.

A government that truly represents the interests of the people of the United States would immediately withdraw all troops from Asia. Instead, the hated Trump administration is looking to expand U.S. militarism. But the unity of peoples of all countries can stop him!