posted by Answer Coalition | 273pt
December 03, 2015
Your support will fuel the critically needed movement against war, racism and the far right
Our nationwide chapters of committed activists are all funded by supporters 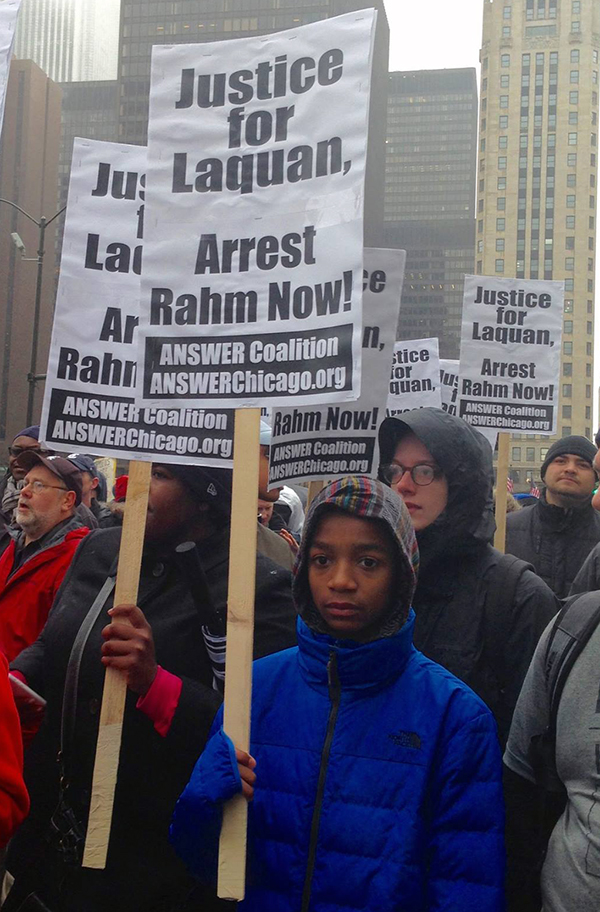 As 2015 draws to a close, we look back on another year of intense and diverse struggles. The ANSWER Coalition has continued to be in the forefront of mobilization and education for justice and peace on many different fronts.

We are asking our supporters to make an end-of-year tax-deductible donation to ANSWER's ongoing and ground-breaking work.

Just look at the last weekend:

That's not an unusual week for our organization.

We are only able to accomplish all that we do because of the donations we receive from supporters like you. That is neither rhetoric nor exaggeration. We receive no corporate or government funding, nor do we seek it.

To be free to carry out the many and varied activities that we engage in, to really be able to “speak truth to power,” requires financial independence.

We rely entirely on the donations and labor of our activists and supporters. Please take a moment to make a tax-deductible donation and give as generously as you can. We are counting on you. 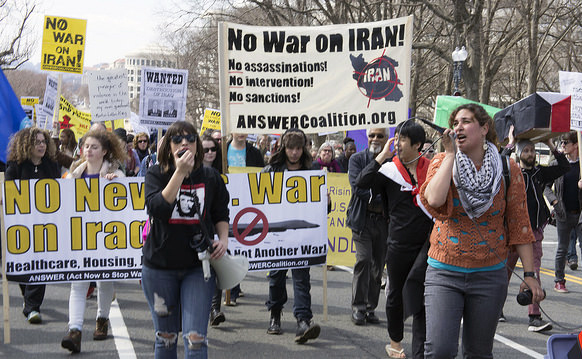 Since our founding just three days after September 11, 2001, ANSWER has been in the forefront of the movement against war and occupation.

In March of this year, ANSWER sponsored or co-sponsored protests across the country marking the 12th anniversary of the criminal U.S. invasion and occupation of Iraq, calling for an end to all the Pentagon and Pentagon-backed wars that have so horribly impacted the Middle East and North Africa.

ANSWER has joined in the rallies and marches demanding an end to murder-by-missile drone attacks that have killed thousands of civilians and terrorized millions in Pakistan, Afghanistan, Yemen, Somalia and other countries.

ANSWER initiated or co-initiated protests against the visits of war criminal Israeli Prime Minister Netanyahu to the U.S. in March and November of this year in Washington, D.C., and other cities, raising the demands to end U.S. aid to Israel and self-determination for the Palestinian people.

On December 17, 2014, U.S. President Barack Obama and Cuban President Raul Castro simultaneously announced steps toward the normalization of relations and the release of the Cuban Five, a struggle that the ANSWER Coalition was involved in for many years along with the National Committee to Free the Cuban Five and other organizations. The U.S. blockade, however, remains in place and over the past year we have sponsored many activities pressing for this deadly policy to be ended. 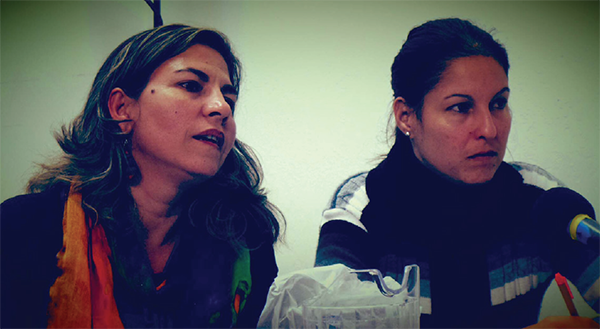 In November, we initiated the Cuba & Venezuela Solidarity Committee. Its first activity, co-sponsored by several organizations, was a packed public meeting at our San Francisco office featuring Kenia Serrano and Leima Martinez, who are President and Chair of the North America Department of ICAP, the Cuban Institute for Friendship with the Peoples.

The Bolivarian revolutionary government of Venezuela has been the target of U.S. sanctions and destabilization actions which have been greatly stepped up in recent months. The U.S. aim is to return Venezuela, which has the world’s largest oil reserves, to its former status, subordinated to U.S. oil companies and banks.

This past summer marked the 65th anniversary of the start of the Korean War, and the ANSWER Coalition has organized or joined in many activities calling for a treaty to finally end the war, and the withdrawal of the nearly 30,000 U.S. troops in South Korea. 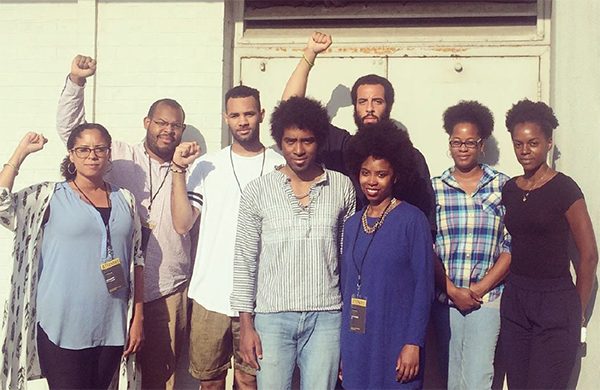 From coast-to-coast, in too many protests to count, ANSWER activists have been deeply involved in fighting racist police violence. In July, a delegation of young Black ANSWER activists participated in the Movement for Black Lives National Convening in Cleveland, Ohio. 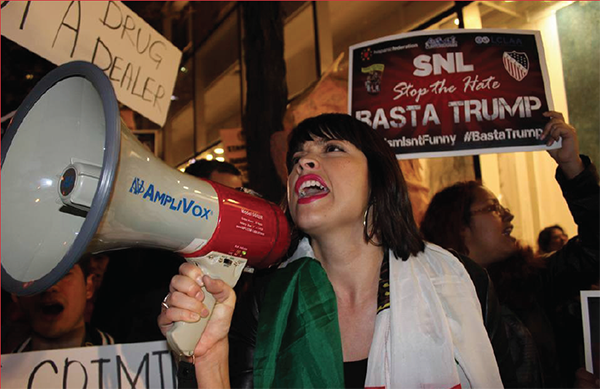 ANSWER chapters have organized many protests against anti-immigrant and anti-Muslim racism and bigotry, including outside NBC in New York City when the bigot Donald Trump was disgracefully invited to host the Saturday Night Live program.

In June, ANSWER chapters across the country participated in LGBTQ Pride actions, demanding full federal equality, and celebrating the marriage equality ruling by the Supreme Court. We will stay in the streets until all vestiges of bigotry and oppression are eliminated. 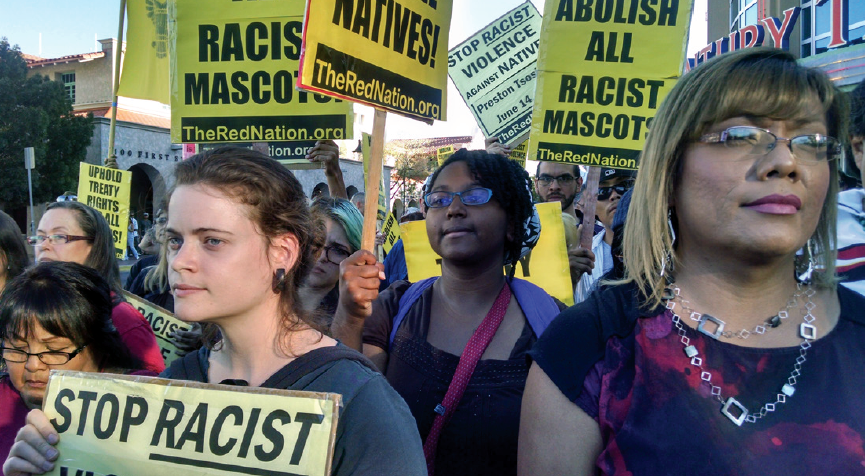 The Albuquerque, New Mexico, ANSWER chapter played a key role in the City Council proclaiming October 12 to be “Indigenous People’s Day,” and a celebratory march of over 1,000 people that followed. In Washington, D.C., Washington State, San Francisco and other cities, ANSWER has joined with Native American organizations in the campaign to end the use of racist, anti-Indian nicknames and mascots.

ANSWER representatives are frequent media guests on the most pressing issues of the day, and invited speakers at many college and community forums.

The above is only part of what the ANSWER Coalition has done in 2015. We want to do even more in 2016 to build the people’s movement which is the real hope for real change. Please make a tax-deductible donation so that we can.

from all of us at the ANSWER Coalition