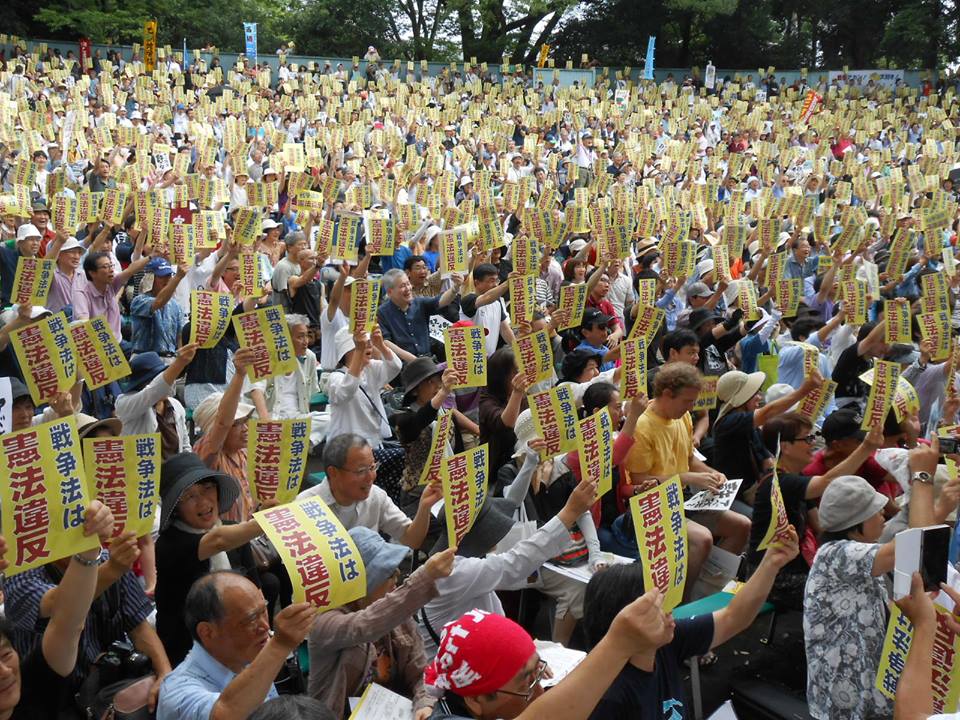 After a typhoon passed through, people in Kyoto took to the streets again. Around 4,000 people joined a rally and march to scrap the new security bills.

The steamrolling of the bills in the Lower House have expanded public distrust of the Abe administration. In fact, according to an opinion poll, over 80 percent of people in Japan regard that the administration's explanation is not enough. A  majority believe that the bills are unconstitutional. The demand for Abe's resign has already become a common slogan among the broader people's movement.

People's resistance against the government's war drive will continue and expand further. 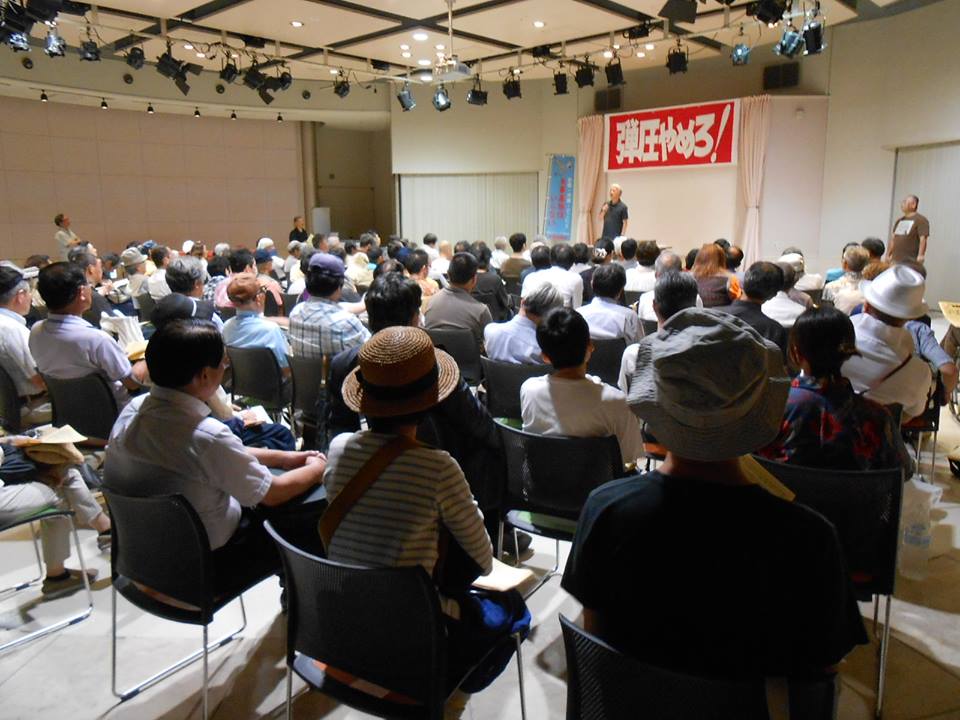 In Osaka, activists held a demonstration to resist political repression against the people's movement.

On July 17, the Local Prosecutors Office in Osaka finally gave up on the prosecution of three activists who were arrested on trumped-up charge or 'alleged violation of the Road Transportation Law'. The arrest of three activists was direct repression against the growing people's movement in opposition to the U.S. X-band radar base in Kyotango-city, Kyoto.

Activists held a marched toward the headquarters of Osaka Prefectural Police, denouncing unjust repression against the people's movement. 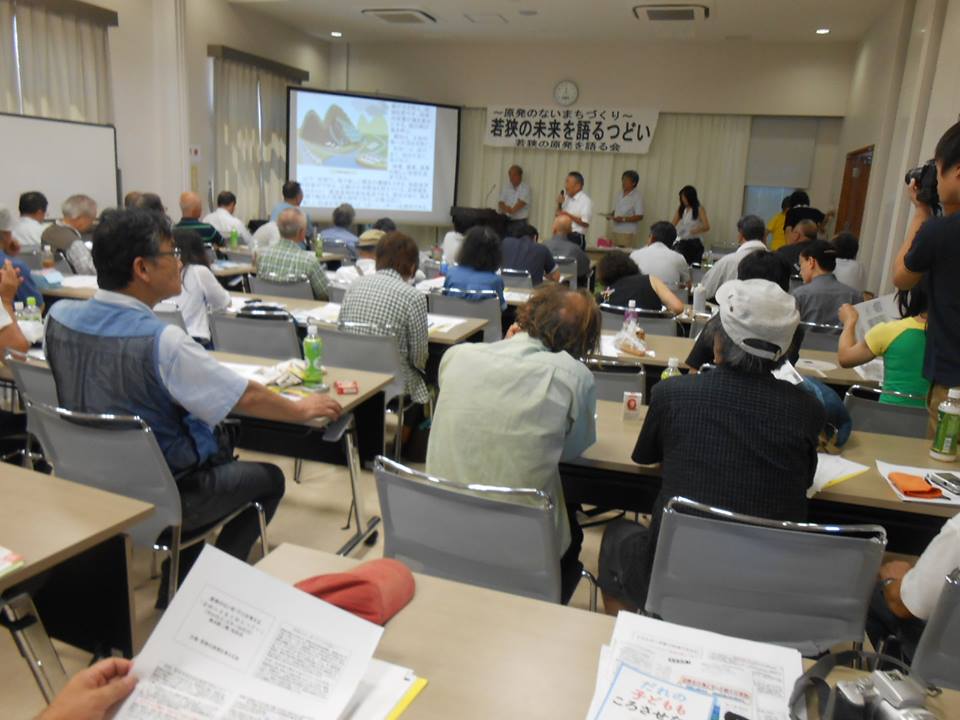 Anti-nuke activists and concerned people held a forum in Takahana, a small town along Wakasa Bay in Fukui prefecture, to discuss the perspective of nuke-free town planning. People from the town joined the forum.

The reactors in Takahama are the 2nd target of the reactor restarts. Due to courageous decision by the Fukui Local Court on last April 14, the government and the Kansai Electric Power Corporation are forced to stop preparation for restarts of reactors on Takahama. But the decision may be reversed by a higher court.

Wakasa Bay is a dense reactor zone. 14 reactors including Takahama’s are concentrated in this beautiful bay. 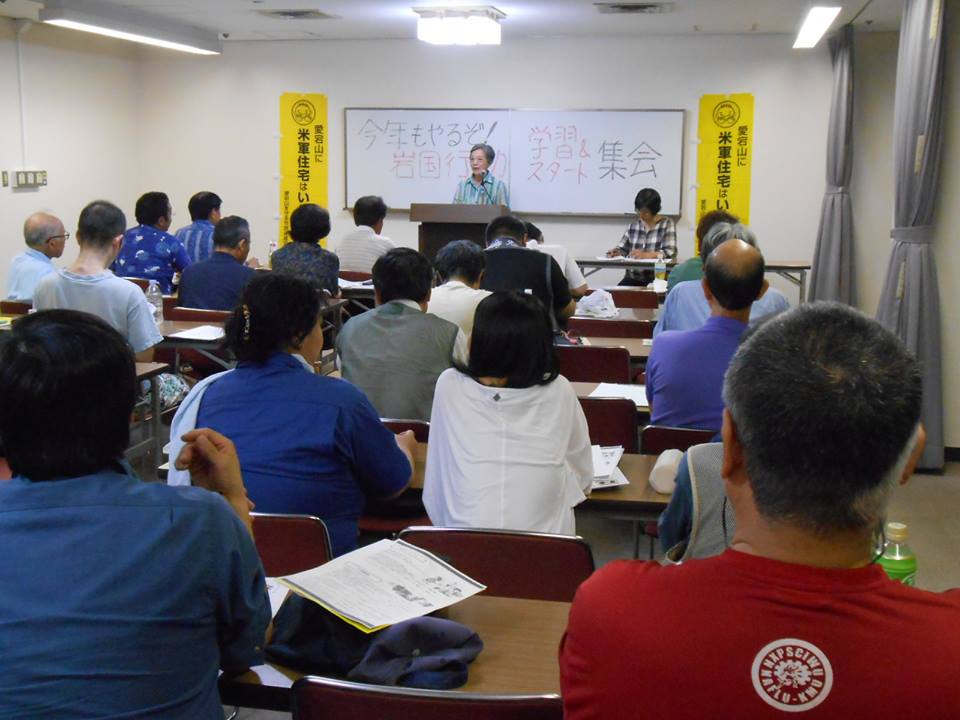 An indoor rally was held in Osaka by the worker’s committee against consolidation of the U.S. base in Iwakuni. The committee is composed of labor union activists.

The Iwakuni base is one of the biggest U.S. bases in ‘mainland’ Japan. People there are facing a massive consolidation of the base, including ongoing construction of a huge housing complex for the US servicemen and their families outside the present base.

In the rally, participants shared information about the recent situation in Iwakuni through a presentation by a local resident who opposes the building of the U.S. housing complex there. Local residents have held regular peaceful protest since 2010 when the construction plan clearly appeared.

The worker’s committee, along with AWC-Japan, have held the annual anti-base rally in Iwakuni every November since 2007 in solidarity with the people of Iwakuni.