Anti-war and progressive struggle in Japan

A wave of struggle against has broken out in recent days in Japan against the presence of the U.S. armed forces and the reactionary, militaristic policies of the Abe administration. The following was compiled from reports from Yoshio Nakamura of AWC-Japan, an anti-war organization on the front lines of this movement. 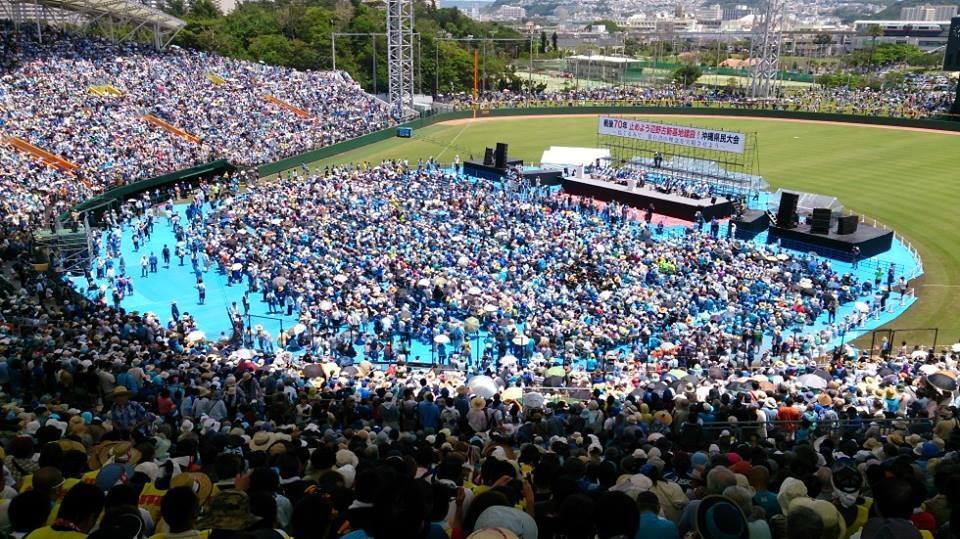 A solidarity march with the Okinawan people's anti-base struggle was held in Kyoto. In Okinawa, 35,000 people gathered at Naga city in order to show their determination to stop building of the new U.S. base in Henoko on the same day. 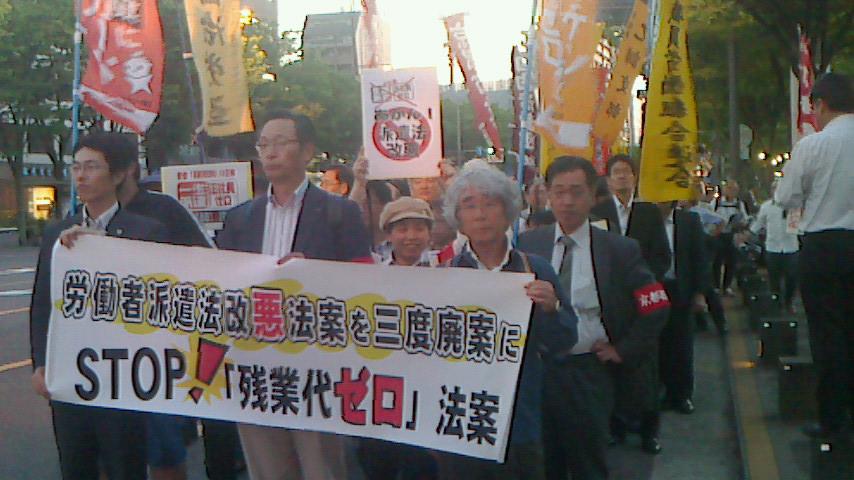 Workers held a rally to stop the planned amendment of the labor-related laws yesterday in Kyoto. Union members form different confederations joined together. The labor movement is an important front in the struggle against the reactionary Abe administration. 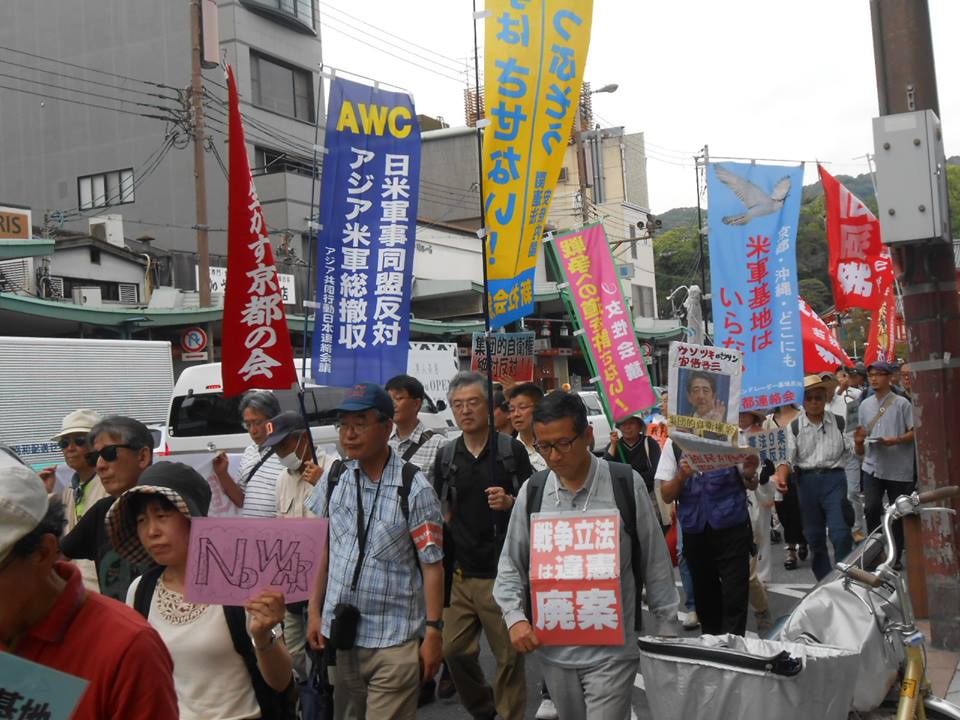 People marched in the main streets in Kyoto to show their opposition to the new security bills. The Abe administration submitted it to the ongoing Diet (Parliament) session on May 15. To be able to stop the bills or not depends on the grassroots people's movement because the ruling parties occupy the majority of seats in the Diet. Many demonstrations are planned in cities and towns across Japan in June.