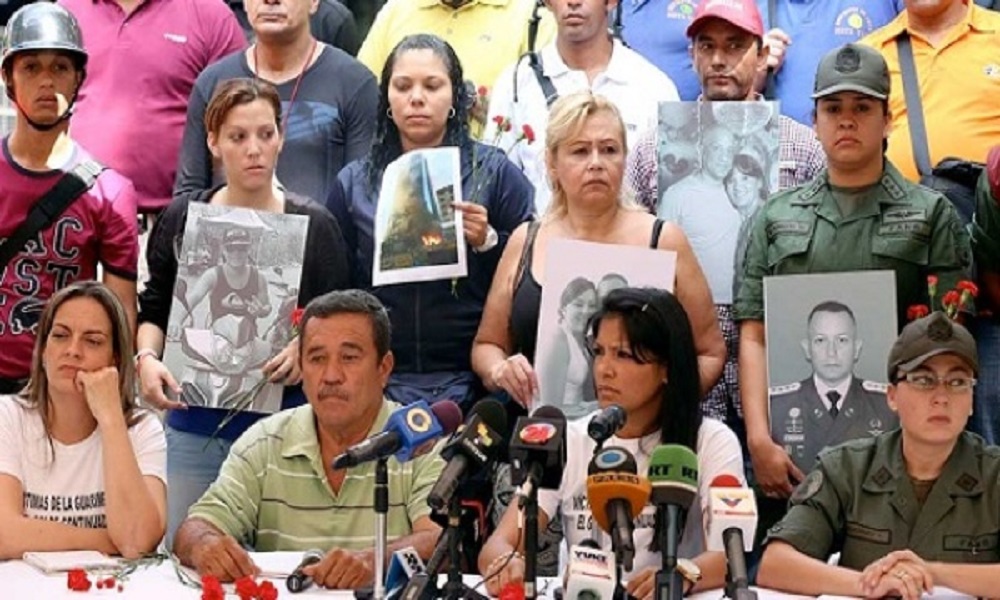 Family members of the victims of right-wing violence, and two delegates of National Assembly, members of the United Socialist Party of Venezuela (PSUV), will speak in San Francisco.

Luis Durán - Father of Elvis Rafael Durán, 29 year old worker who died on Feb. 21, 2014, beheaded by galvanized wire strung along a road by right-wing protesters in violence known as “guarimbas”.

Desirée Cabrera - Mother of 19-month-old baby when her child was in a day care center in her government office building, that was attacked and burned by violent right-wing demonstrators. 89 babies were in that center.

Nora Delgado - PSUV Congresswoman from Miranda State, elected for 2016-2021; Vice-president of Construction in Petroleos de Venezuela 2014-15; advocate for the rights of Afro-descendant Venezuelans

Saúl Ortega - PSUV Congressman from Carabobo State for 2016-2021; member of Permanent Committee on Foreign Relations since 2000. He investigated the events linked to the coup d’etat of April 11, 2001.

In 2014, violent protests led by the right-wing opposition broke out after Venezuela’s municipal elections, causing the deaths of 43 people and hundreds injured. These attacks, called “guarimbas”, tried to overthrow the democratically-elected government of President Nicólas Maduro. A guarimba consists of blocking public roads with barricades made of barbed wire, tires, mattresses, and hanging galvanized steel wire across roads. The barricades were guarded by people carrying firearms, who assaulted citizens trying to cross the barricades.

A Committee of Victims of Violent Protests was formed to demand justice for their loved ones who died or were injured. This is a special opportunity to hear from Venezuelans who have traveled to the United States on tour, gathering support for their campaign for justice and to stop the violence that continues.

The revolutionary government and people of Venezuela need our solidarity more than ever, with U.S. continued aggression, financing of the right-wing and Obama's extension of the illegitimate Executive Order claiming Venezuela to be a national security threat to the U.S.

Endorsers include School of the Americas Watch-SF, Task Force on the Americas, Party for Socialism and Liberation, Cuba and Venezuela Solidarity Committee, Workers World Party, Women Organized to Resist and Defend