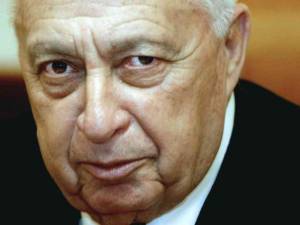 By Richard Becker, author of "Palestine, Israel and the U.S. Empire"

“Ariel Sharon: Israeli Hawk Who Sought Peace on His Terms, Dies at 85,” read the headline in the Jan. 12 issue of the New York Times. The Washington Post called Sharon “a monumental figure in Israel’s modern history” who “sought to become the architect of a peaceful future,” accompanied by a most kindly and grandfatherly photo. USA Today: “controversial and iconic.” And on and on in all the U.S. corporate media.

Most of the world knows better, and none know better than the Palestinian and Lebanese people, thousands of whom were victims of this bloody, serial war criminal. Sharon’s career was built on massacres – from Qibya in 1953, to Sabra and Shatila in 1982, to Jenin in 2002.

A virulent anti-Arab racist, Sharon had a long and bloody history of murder and repression against the Palestinian people. In the early 1950s, he commanded Unit 101, a special forces company that carried out massacres against Palestinian exiles in Gaza and Jordan.

Despite having conquered 78 percent of Palestine in the 1948 war, Israel’s leaders were far from satisfied.  As has been extensively documented by many Israeli as well as Palestinian historians, Israel sought to provoke a “Second Round” in the early 1950s, in order to take over the West Bank, then under Jordanian rule, Gaza and more.

A main Israeli tactic was called “retaliation.” In response to recently expelled Palestinians coming across the borders back into their homeland from Gaza and the West Bank, the Israeli army (IDF) would carry out large-scale attacks and massacres.

For diplomatic and public relations purposes, it was extremely important to Israel to be seen as victim rather than aggressor. This remains true down to the present.

“Retaliation” was really provocation; the intent was to get Jordan or Egypt to react militarily to the massacres, which could then be used by Israel as a pretext for a new war of conquest.

On Oct. 14, 1953, Unit 101, led by Sharon, attacked Qibya, a small, undefended village inside the West Bank, and massacred 69 people, many of them burned alive inside their homes. Unit 101 suffered no casualties. It was an atrocity sanctioned at the top and carried out for political ends.

The Qibya raid drew worldwide condemnation, and Jordan, much militarily weaker than Israel, did not respond as the Israeli leaders had hoped. The conquest of the West Bank and Gaza would have to wait until 1967.

Following the 1967 war of conquest, Sharon was the military governor of Gaza, renowned for extreme brutality in carrying out a policy of systematic torture and assassination of Palestinians resisting occupation.
Sharon is most notorious for the 1982 invasion of Lebanon and the massacres of Palestinians in the Sabra and Shatila refugee camps in Beirut. As Israel's defense minister, Sharon organized and led, with full U.S. backing, the massive assault on Lebanon. For three months in the summer of 1982, Israeli bombers, supplied by the United States, relentlessly pounded Beirut and other cities and towns, killing more than 20,000 Lebanese and Palestinian civilians. Lebanon had no air defense system.

The stated objective of the invasion was to drive the Palestine Liberation Organization out of Lebanon. There are more than 400,000 Palestinian refugees—those driven from their homeland to make way for the state of Israel in 1948 and their descendants—living in Lebanon. Altogether, more than seven million Palestinians today live in exile.

After three months of bombing, the central PLO leadership agreed to evacuate its fighters from Lebanon. As part of the cease-fire agreement requiring them to leave, the remaining Palestinian civilian population was to be placed under international protection.

Sharon, however, publicly stated that 2,000 "terrorists" remained in the Sabra and Shatila Palestinian refugee camps in West Beirut. In reality, those remaining in the camps were almost all children, women and elderly men. Virtually all of the young men had been evacuated.

Israeli tanks surrounded the camps in violation of the cease-fire agreement. Then, on Sept. 16, 1982, with the full knowledge and consent of Sharon and the Israeli occupiers then in control of the area, Lebanese Phalangist militias were allowed to enter Sabra and Shatila in west Beirut.

The fascist Phalange—open admirers of Adolf Hitler who took their name from Franco's party in Spain—were Israel's closest allies in Lebanon. The Phalangists wore Israeli-supplied uniforms and carried Israeli-supplied weapons.

For three days, they rampaged through the Palestinian camps, torturing, raping and murdering. Many of the victims were disemboweled or decapitated. No one was spared—neither the very old nor the very young. By the end, more than 1,900 Palestinian children, women and men lay dead.

Though overwhelming evidence showed that Sharon and other Israeli commanders had sent the fascists into the undefended camps, a 1983 Israeli court of inquiry found Sharon only “indirectly responsible” for the massacre. One might think that even “indirect” responsibility for the butchering of nearly two thousand people would mean at least an end to the guilty individual’s political career. But not in apartheid Israel.
While Sharon was forced to resign from the Israeli cabinet following the court of inquiry, he continued to be a key political actor and came back as a cabinet minister in the 1990s.

On Sept. 28, 2000, Sharon staged another famous provocation, “visiting” the Al-Aqsa Mosque in Jerusalem, an important Muslim holy site. While proclaiming his “right” to travel anywhere in Jerusalem, the hated killer did not venture out alone. Instead, he was accompanied by 1,500 armed police. Even so, hundreds of Palestinians fought back, marking the start of the Al-Aqsa intifada or uprising, which would continue for many years.

Five months later, in February 2001, Sharon was elected prime minister. In March 2002, the Israeli military carried out a massive operation in the West Bank and Gaza seeking to suppress the intifada. Among the most brutal attacks was one on the Jenin refugee camp in the northern West Bank. Over several days, using militarized bulldozers along with heavy weapons, the Israel military demolished much of the camp, burying many people alive.

The false claim that Sharon turned into a “man of peace” hinges on his decision to withdraw military bases and the small, non-viable Israeli settlements from inside Gaza. And while Palestinians in Gaza welcomed the withdrawal, Israel continued to keep Gaza surrounded and blockaded.

Sharon’s decision to withdraw from Gaza, while denounced by some fascist settlers, was based on a determination to secure even more control of the West Bank. In a July 21, 2000 interview with the Jerusalem Post, several months before he became prime minister, Sharon called for Israel to "retain greater Jerusalem, united and undivided. ...under full Israeli sovereignty.” This refers to the Palestinian Old City and all of the surrounding areas that Israel illegally annexed after the 1967 war.

“Israel will retain under its full control sufficiently wide security zones—in both the East and West. The Jordan Valley, in its broadest sense, as defined by the Allon Plan, will be the eastern security zone of Israel.”
Sharon called for large areas of the illegally occupied West Bank to be annexed. “Jewish towns, villages and communities in Judea, Samaria and Gaza, as well as access roads leading to them. ...will remain under full Israeli control,” Sharon continued. “Judea and Samaria” is the Israeli settlers’ name for the West Bank.

“Israel does not accept under any circumstances the Palestinian demand for the right to return. Israel bears no moral responsibility for the refugees’ predicament.”

“As a vital existential need, Israel must continue to control the underground fresh water aquifers in western Samaria [the West Bank]. ...The Palestinians are obligated to prevent contamination of Israel’s water resources.”

The Palestinian “state” that Sharon proposed was one that would be unlike any other country in the world. It would not control its own resources including water, or its airspace, or even its own borders, and would be a defenseless entity smack up against one of the world’s most highly militarized states.

False headlines notwithstanding, Sharon will go down in history not as any kind of imagined peacemaker, but instead as the blood-stained and racist mass murderer that he was.