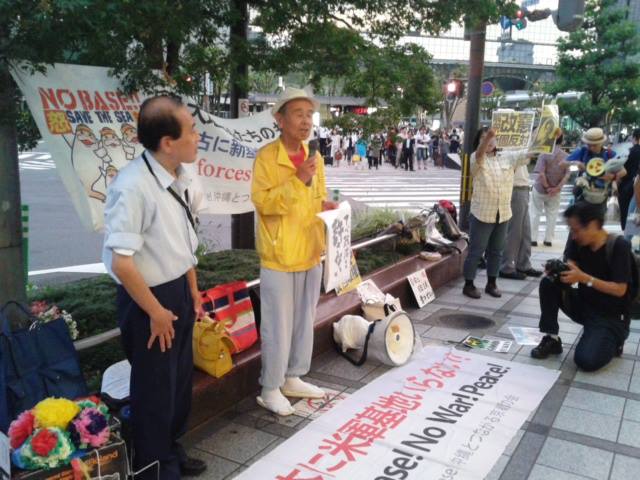 People in Kyoto held a protest against right-wing novelist Naoki Hyakuta’s remarks at a meeting of the Liberal Democratic Party on June 25.

Naoki Hyakuta, former NHK governor, said “The two Okinawan newspapers must be destroyed. I believe if some of the islands in Okinawa were to be invaded by China, although such a thing should not happen, they will awaken from their sleep.” He also repeated groundless attacks against Okinawan people’s anti-base struggle in his speech at the meeting. 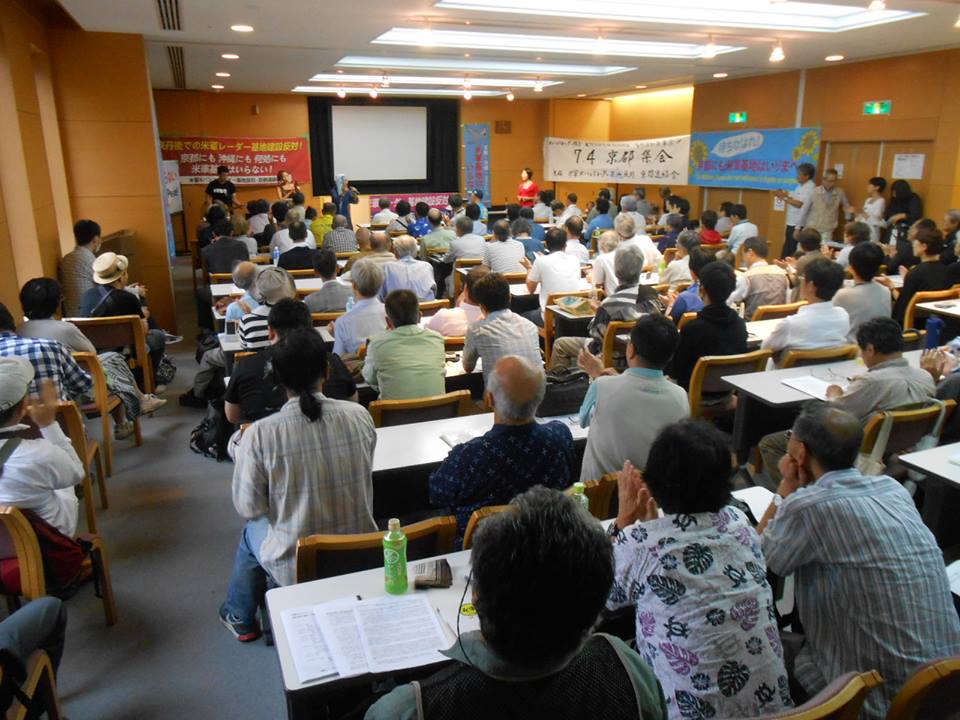 Kyoto Coalition against the U.S. X-band Radar Base held a rally in central Kyoto.

The rally was larger than previous demonstrations. In fact, the recent crackdown against the coalition expanded people’s concerns on the U.S. base in Ukawa, Kyotango-city, which is located in the northern part of Kyoto Prefecture.

People shared the latest situation there through a presentation from local activist in Ukawa and then marched on central Kyoto.

The base is an important part of the global U.S. Missile Defense network. The annual assembly of the Global Network against Weapons and Nuclear Power in Space will be held in Kyoto July 30 – August 1. Many foreign peace activists will come to Kyoto to share the situation.

No to US base in Ukawa, Henoko and anywhere! 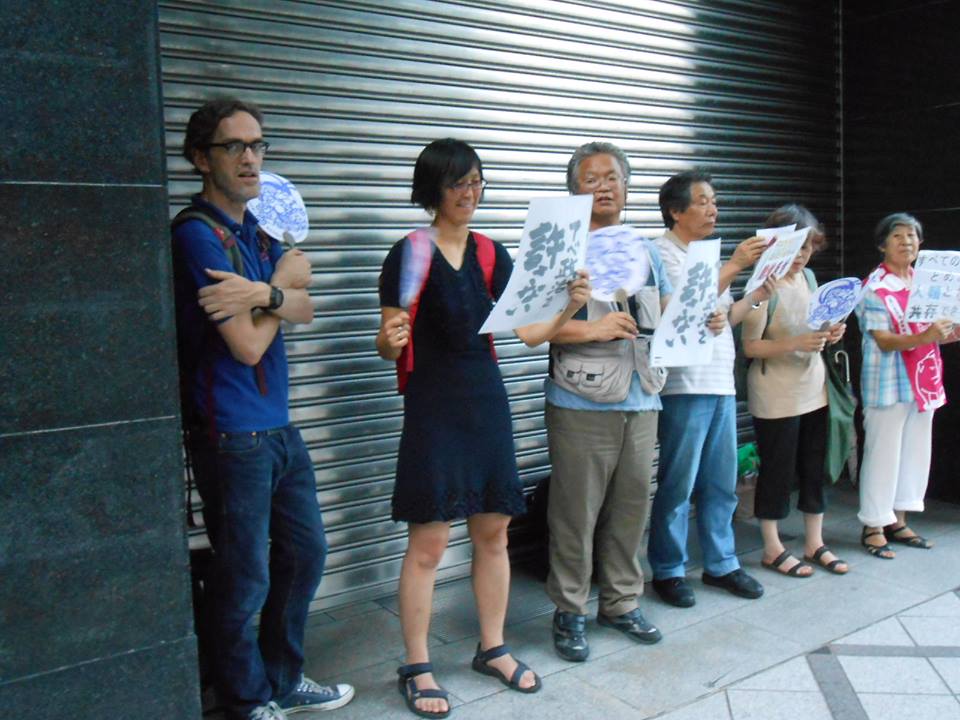 Every Friday evening, people surround the building of the Kansai Electric Power Corporation - Kyoto Branch, demanding the immediate shutdown of all nuclear power stations and a stop to reactor restarts. This regular protest has occurred since June 2012.

During the protest, people exchange information and their concerns with each other. 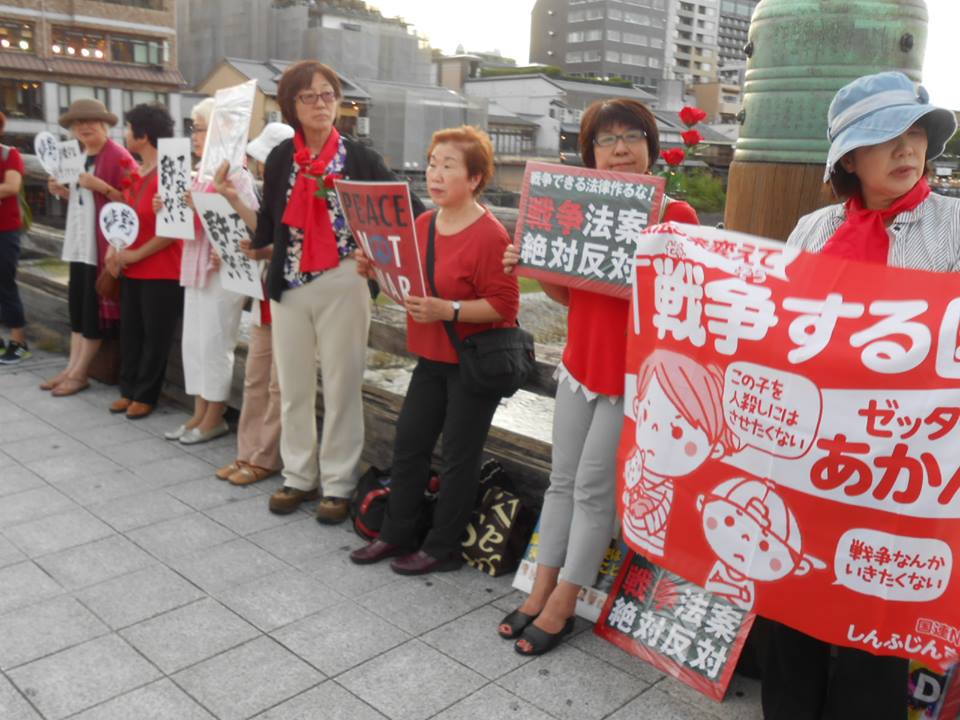 An urgent protest was held in Kyoto in order to denounce the steamrolling of the new security bills in the special committee of the Lower House this afternoon. These bills make it easier for the government to deploy the military and greatly increase the chances of war.

Today, similar actions was held or are still being held in different cities and towns in Japan. 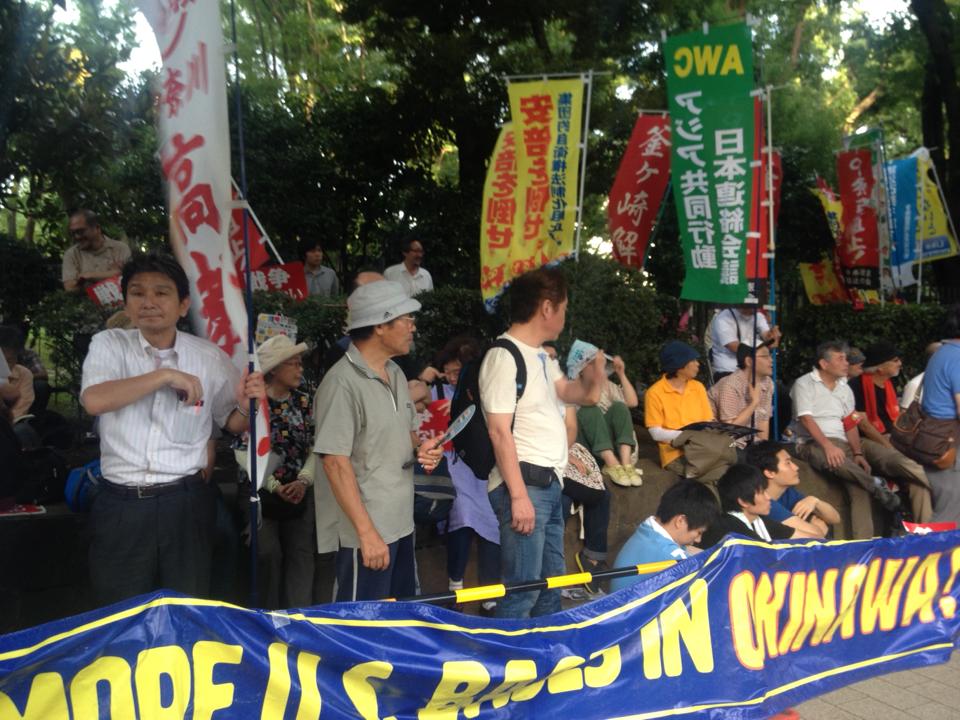 Around 25,000 people surrounded the Diet building in Tokyo this evening, denouncing the steamrolling of the new security bills through the special committee of the Lower House.

The Abe administration is trying to pass the bills in the Lower House plenary session by tomorrow.

Protests against the new security bills have continued until late at night. No one except the ruling elites profits from the government's war drive. People's protest will become larger day by day. Scrap the new security bills! Stop Japan's militarization! No to the U.S.-Japan military alliance! 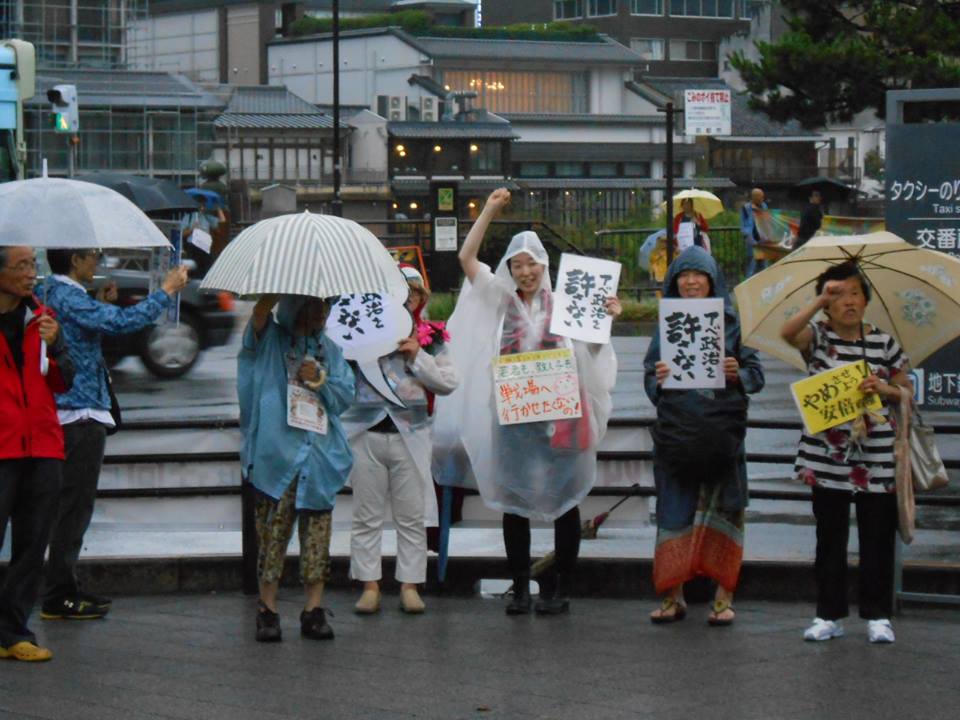 In spite of rain and strong wind caused by a typhoon, people took to streets on central Kyoto this evening to protest against today's passage of the new security bills in the Lower House plenary session.

Before the action, a protest was held at the ruling Liberal Democratic Party's office in Kyoto this afternoon.