Please note. The organizers of the August 6 March for Justice, Power and for Black and Brown Lives have changed the time and location. We will be assembling at Western and Marquette (6700 S. Western) at 12:30 pm. Please share this information.

The time is now to keep marching for justice. On the 50th Anniversary of the Chicago Freedom Movement march that started in Marquette Park, people from all communities in Chicago and with diverse calls for justice will be converging to demand justice for the victims of racist police terror and to stop the racist Blue Lives Matter ordinance proposed by alderman Edward Burke.

We must not be silenced. We must keep marching. We must respond to the attempts to divide us with greater and stronger unity. Let's build a new multinational mass movement that can defeat racism once and for all.

Justice for Victims of Police Murder and Brutality: Jail all Racist Killer Cops!
Stop the Chicago Blue Lives Matter Ordinance!
Money for Jobs and Education, Not for Racist Police, Mass Incarceration and War!
Unite to Fight all Forms of Bigotry! 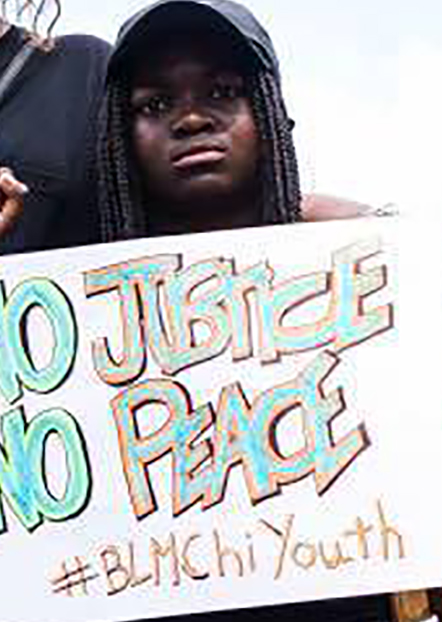 Honestly, it makes me angry that we are fighting the same battles for the exact same things 50 years after Martin Luther King Jr. marched in Marquette Park. But it also makes me want to fight harder.

When I think about the murders of Alton Sterling, Philando Castile, Paull O’neal and Korryne Gaines, I think that we have to fight harder for them. Their deaths have to mean something. They cannot die without justice. We must keep marching. 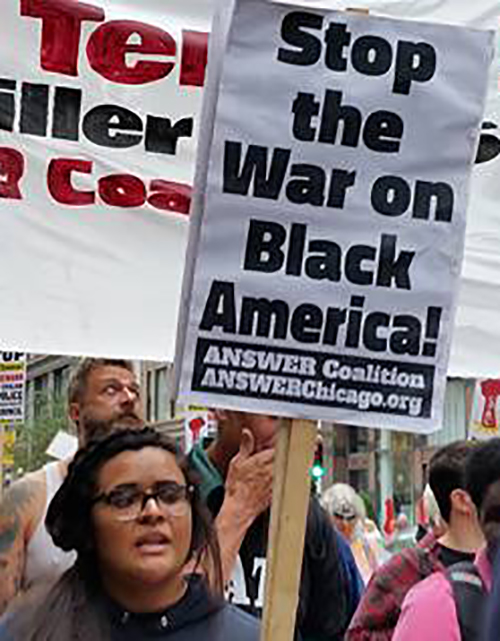 Why am I helping with August 6? Because I am mad and ready to fight. There is a lot to be angry and sad about right now. It’s been over four years since Trayvon and two years since Ferguson and nothing fundamental has changed. Black and Brown people continue to be murdered in the street by racist cops. Murdered every day.

This system continues to destroy our futures by spending money on war and protecting the rich while ignoring the very real crises we face. Education costs too much. They’re closing our schools. We need more jobs. Better paying jobs. Instead of offering us help and a way out of poverty and racism, they continue to militarize, incarcerate and deport.

Everyone should join us on August 6—I don’t care what color you are—because we need to build a movement strong enough and big enough to win. There’s a time to mourn, but what is needed now is justice and power. Black people and other people of color are an unstoppable force. Black Lives Matter has shown the world that young Black, Latino, Arab, Asian and white people are no longer willing to accept racist police terror, systematic racism and a system that puts the needs of the few over the dreams of the many.

Join us in the streets on August 6 as we honor MLK by marching from Marquette Park to the office of alderman Edward Burke, the sponsor of the racist Blue Lives Matter ordinance.