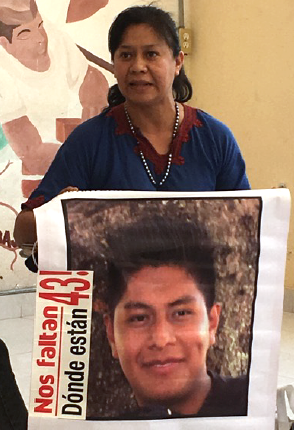 This event is sponsored by the Bay Area Latin America Solidarity Coalition of which ANSWER Coalition is a member.

The violence in Mexico constitutes the world's 3rd most deadly conflict and the U.S. continues to play a huge part through drug prohibition, drug consumption, immigration and trade policies, through illegal gun trafficking, and by arming the Mexican police and military.

SPEAKERS:
John Lindsay-Poland
Works as the Wage Peace Coordinator of the American Friends Service Committee in San Francisco. He has organized and written about U.S. militarism and human rights in Latin America for more than 30 years, and in June 2016 co-led a delegation to Mexico on human rights and the arms trade.

Linda Sanchez
Works with the American Friends Service Committee in San Francisco as the Coordinator of 67 Sueños, a community program for migrant youth voices, leading them in organizing and advocacy skills building. She participated in the June 2016 AFSC delegation to Mexico.

Donation of $5 at the door - no one turned away for lack of funds.
Facebook event