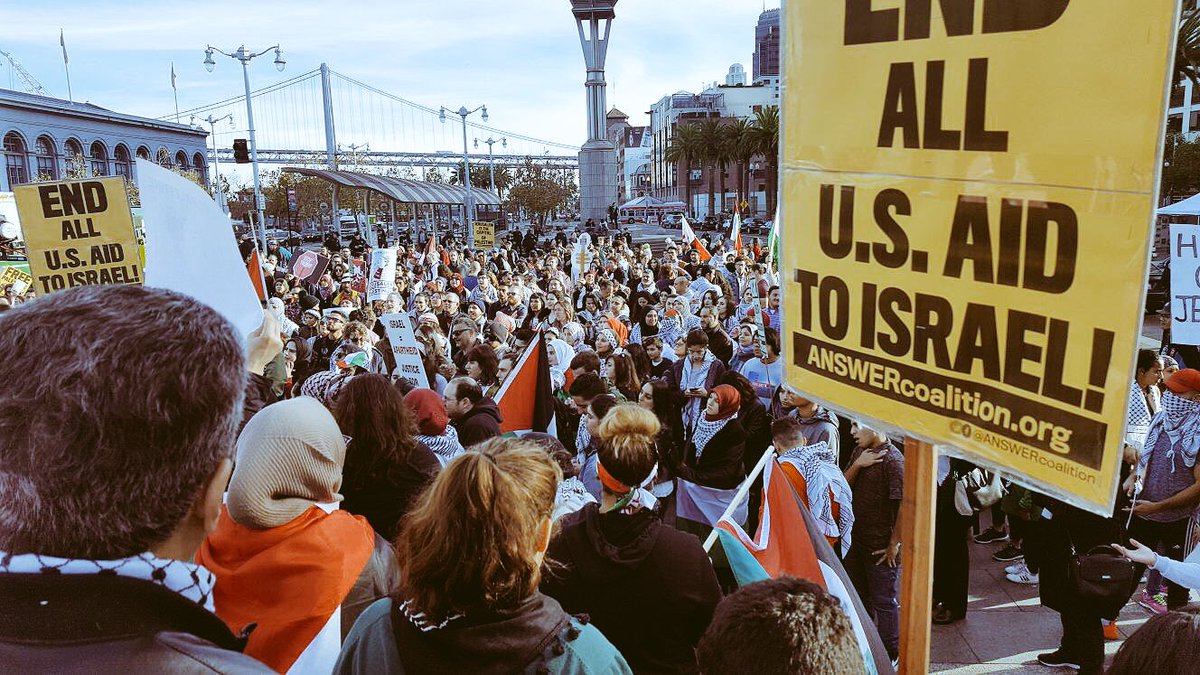 On Dec. 9, 1,000 activists from all over the Bay Area joined together at UN Plaza in protest of Trump’s speech earlier that week, in which he announced that the U.S. would be the first country to recognize Jerusalem as the capital of the state of Israel. The statement is an attack on the very existence of the Palestinian people, furthering the oppression and colonization of their homeland.

Widely denounced throughout the world and in gross violation of international law, "this move was made with the full support of the Democratic and Republican leadership in the Senate and Congress," said Richard Becker, organizer with the ANSWER Coalition, one of the co-sponsors of the event.

Yusra, a youth coordinator at AROC and board member of the General Union of Palestinian Students stated that students are firmly against Trump’s decision and that Jerusalem/Al-Quds is Palestinian to many cheers from the crowd.

Ramah Allad, Palestine Youth Movement, Bay Area Chapter, made the point that Trump’s actions are another example of a white man signing documents to take away Palestinian land and displacing more Palestinian’s. One hundred years between Balfour, Trump and western powers are still deciding Palestinian’s fate. Hands off Jerusalem!

Sara, from Bethlehem, told our activists “We want our voices to be heard. People have to hear our side of the story instead of seeing it biased through the media.” 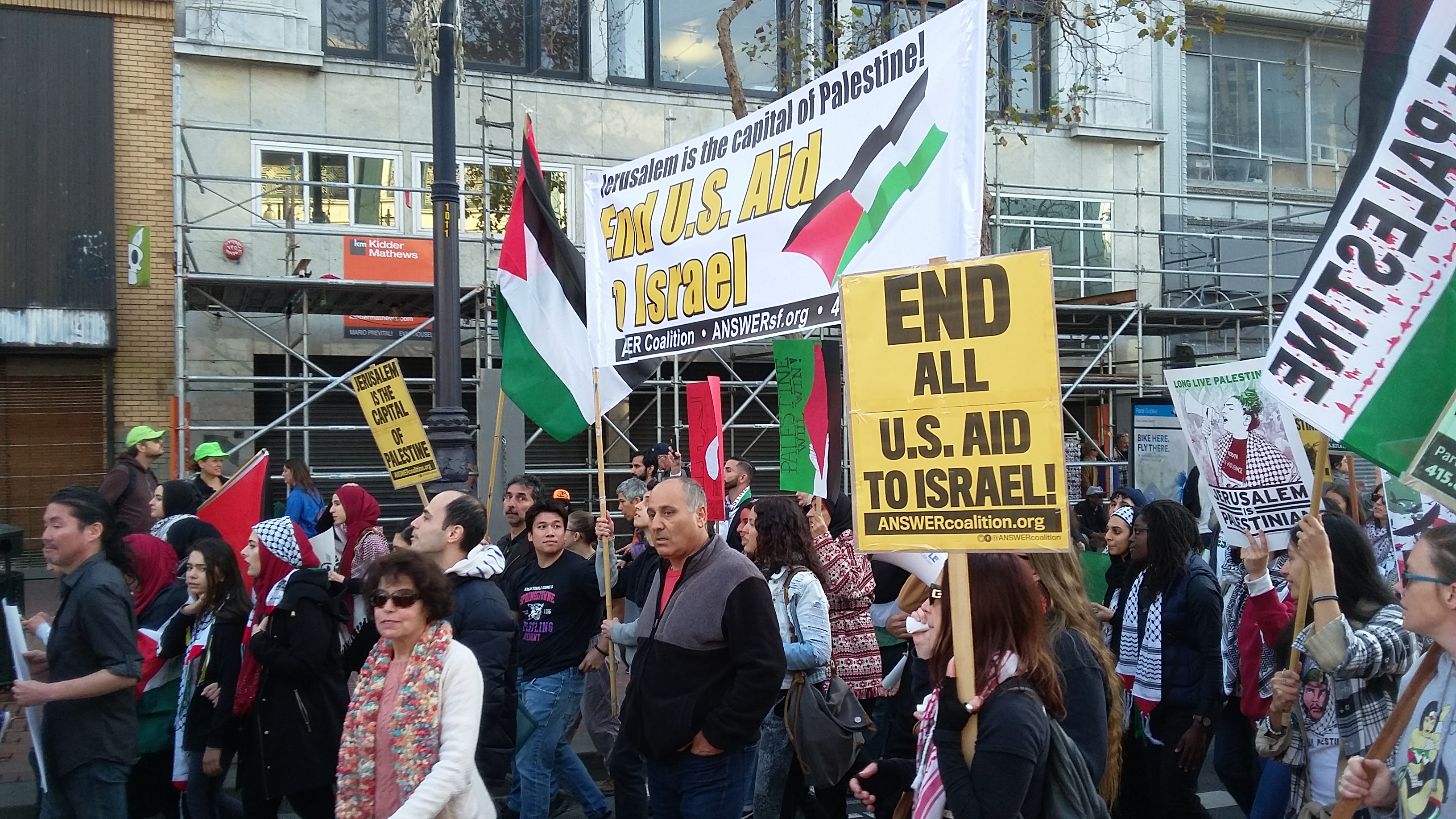 The crowd then marched to Embarcadero chanting, "There is only one solution: Intifada, revolution," "Netanyahu you can't hide, we charge you with genocide!" and "Free, free Palestine!"

The action, along with the many more that took place around the nation, was a strong show of support for the Palestinian people. It decision of the people of Palestine, not Trump’s, to choose their national destiny. It is our duty to stand against Zionism, imperialism and colonialism. It is our responsibility to show that Trump does not speak for us.

See video coverage of the action.

Make a much-needed donation to support the ongoing work of the ANSWER Coalition.