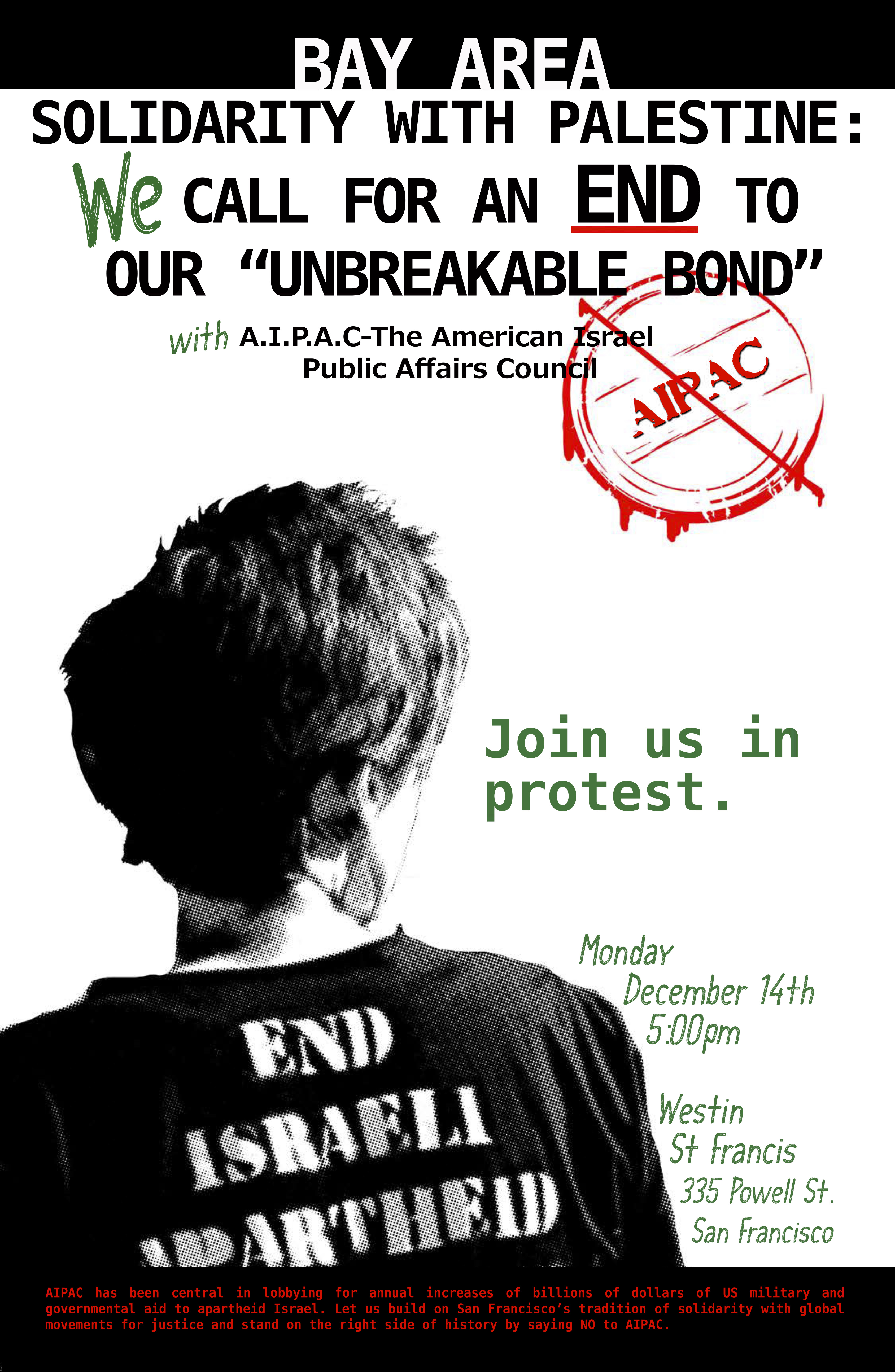 Bay Area: Say NO to AIPAC!

AIPAC, with 100,000 members and 31 PACs, is one of the most powerful lobbying groups in the United States. It has been central in lobbying for annual increases of billions of dollars of US military and governmental aid to Israel. Israel continues to violate the rights of Palestinians and commits war crimes, which include ethnic cleansing of Palestinians.

As Bay Area residents, we will protest the gala on December 14th in SF! And we call on the SF Board of Supervisors and the Mayor not to participate in celebrating apartheid!

Contact Board of Supervisors and the Mayor who have yet to confirm that they will not attend:

My name is ________ . As a Bay Area resident, I oppose AIPAC and its support of Israeli apartheid. Please do not attend the AIPAC Gala in SF on December 14th. AIPAC ensures that U.S. military dollars and equipment support Israeli occupation, human rights abuses and ethnic cleansing. Please maintain San Francisco's history of standing with movements for justice and boycott AIPAC.