Behind the Iran-Saudi Arabia conflict 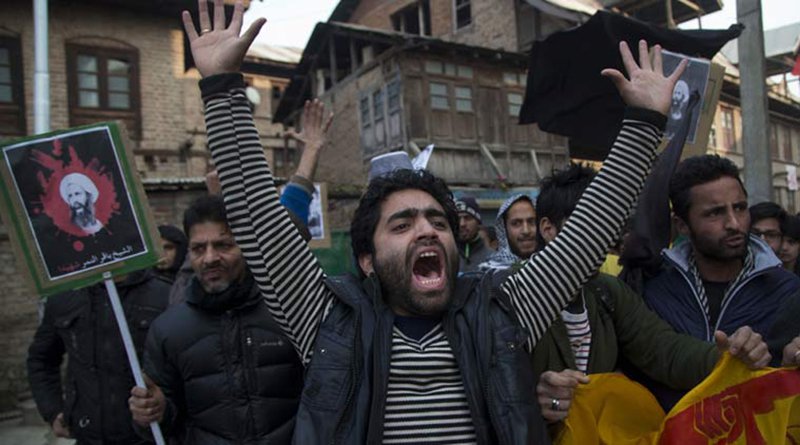 On Jan. 2, Saudi Arabia announced the execution of 47 people, some by beheading and others by firing squads. The executions were carried out at 12 different sites. The majority of those executed were accused of being terrorists with ties to ISIS or Al Qaeda. But among the executed was Nimr Baqer Al-Nimr, a prominent cleric from the Shiite sect of Islam.

Nimr’s execution touched off a wave of protests in several countries, including Bahrain, Pakistan, Iraq, Turkey and Iran. In Iran, protesters broke into the Saudi Embassy compound in Tehran – and the Saudi Consulate in Mashhad – ransacking and burning parts of the building.

On Jan. 3, Saudi Arabia cut off diplomatic relations with Iran, giving Iranian diplomats 48 hours to leave the country. On the next day, Saudi Arabia announced that it would also cut off commercial ties and ban travel by its citizens to Iran. Shortly after, Bahrain and Sudan also cut off diplomatic relations, followed by Qatar, United Arab Emirates and Kuwait recalling their envoys from Iran.

To understand the current conflict, it is important to understand that the history of the Middle East is not one of widespread and perpetual wars and conflicts between the two sects. When the U.S. invaded Iraq in 2003, it portrayed the Iraqi state as a Sunni dictatorship, one of the many justifications for the invasion being the claimed goal of freeing the majority Shiite population from the repressive Sunnis. In fact, the Ba’ath Party was a secular one, counting among its ranks Sunnis, Shiites and Christian Iraqis.

But facing a strong opposition to its occupation, the U.S., along with the UK, resorted to the divide and conquer strategy of promoting ethnic conflicts in Iraq. In the ensuing turmoil and the power vacuum caused by the U.S. destruction of the civilian infrastructure and state institutions, Iraq did largely degenerate into sectarian conflicts. One of the consequences of the occupiers’ strategy was the eventual rise of ISIS.

Similarly, while the government of Bashar Assad in Syria is often portrayed in the West as an Alawite (a Shiite sub-sect) dictatorship, the fact is that the ruling Ba’ath Party in Syria is a secular party, its most prominent founder being a Christian man by the name of Michel Aflaq. If it were just a Sunni-Shiite conflict, how would Assad’s government have survived five years of civil war in a country that is 75 percent Sunni.

It is undeniable that, thanks to imperialist intervention, the Sunni-Shiite divide has become an unfortunate fact of life, dividing the peoples of a region that could otherwise unite in the fight for independence. Still, attributing the Iran-Saudi Arabia conflict simply to sectarian tensions focuses on a narrow aspect of the conflict, ignoring the bigger issue.

When Iran had a revolution in 1979, Saudi Arabia felt severely threatened. The danger went far beyond fear of an uprising among the Shiite minority. With a relatively small part of the population, the Shiite minority was in no position to seriously threaten the rule of the Saudi monarchy. But the Saudi kings and princes feared a replication of the Iranian revolution, not as a Shiite revolution, but a similarly religiously inspired revolution that would jeopardize their rule: a highly sectarian, corrupt, reactionary monarchy that served as a key U.S. client in the region.

When Iraq invaded southwestern Iran in 1980, it launched a war that was to last eight years and took a million lives from both sides. In this invasion, Iraq was strongly encouraged by Saudi Arabia, Kuwait and, to a lesser extent, other reactionary Gulf monarchies. In part, Saudi Arabia and Kuwait bankrolled Iraq’s huge war expenses by offering generous loans. For Kuwait and Saudi Arabia, what was really scary about Iran was not that it was majority Shiite, but that it represented an anti-imperialist revolution. Iran under the Shah, another U.S. client, had represented no danger to the Saudi kingdom, as the two countries had cordial relations.

Given how ultra-reactionary Saudi Arabia’s ruling monarchy is, it is instructive how kindly the corporate media cover the country. This reflects the fact that the U.S. government considers Saudi Arabia to be a “strategic ally.” Indeed, the Saudi monarchy has proven itself to be a reliable client of the United States. The rulers’ fear of being overthrown strengthens their loyalty to their imperialist patron and encourages them to spend billions of dollars buying the latest U.S. armaments.

Independent countries that are demonized by the U.S. are subjected to non-stop propaganda. In contrast to Saudi Arabia’s government, an immeasurably reactionary one, North Korea is portrayed as the worst kind of dictatorship. The crime of the DPRK is daring to declare its readiness to defend itself and strike back if attacked, while the U.S. military happens to sit right on its border.

But Saudi Arabia is often benignly characterized as a “reliable partner,” a Sunni powerhouse or just a traditional society. This is a country that publicly chops off the hands of people accused of stealing. This is a country in which women do not even have the right to drive vehicles or go to many public places unaccompanied by men. This is a country where political authority is simply passed down from one king to his son or brother. The highest government authorities are members of the same family. British colonialism had a lot to do with the rise of the al-Saud family to the point that they essentially own the country. No wonder that the al-Saud family has named the country after its own surname, hence Saudi Arabia.

Western media euphemistically state that Iran and Saudi Arabia support opposing sides in Syria’s civil war. Which side, exactly, has Saudi Arabia supported? That part is often left out or obfuscated by stating Saudi support for the rebels. Saudi Arabia has funded and armed the Syrian rebels, the vast majority of whom are reactionary fundamentalists, mainly under the leadership of two poles, ISIS and Al Qaeda (Nusra Front). It is not democracy that the Saudis have been bankrolling. Given its track record, it is comical to claim the Saudi royal family is supporting any type of democracy in Syria. It is the terrorists that the Saudis have funded and supported.

Why was Nimr executed now

Nimr was not executed simply because he was a Shiite, or even a Shiite cleric. There are hundreds of other Shiite clerics in the country. Nimr was executed because he was advocating, indirectly and within the confines of a ruthless and repressive system, the overthrow of the royal family. In 2011, the Arab Spring spread into Saudi Arabia as well. There were demonstrations and protests demanding the monarchy to step down. Of course, protests were not limited to the Shiite community. But as an influential Shiite cleric with many followers, Nimr risked his life to encourage the uprising. This is why he was arrested, put on trial, sentenced to death and eventually executed.

There is speculation as to why the Saudi royal family chose this time to execute Nimr. He had been sentenced to death over a year earlier. There was even talk of him being pardoned and released. Absent that, most had expected Nimr to simply be kept in prison.

But the Saudi king and princes are worried about an internal crisis. The price of oil, Saudi Arabia’s main source of income, has dropped precipitously– down to below $35 a barrel from a high of $110 only 18 months ago. As a state with little popular support, the Saudi government is worried about political instability caused by an economic crisis.

There seems to exist an understanding between the leaderships of ISIS and Al Qaeda and the royal family. Saudi Arabia provides them with support and funding through various channels while they leave the country alone – occasional acts by disconnected individual actors notwithstanding. At the same time, at least factions of the royal family have been worried about the spread of ISIS-type forces and sentiments into Saudi Arabia. So the royal family may welcome the stoking of sectarian conflicts. Creating a false enemy, the Shiite, against whom they hope to mobilize part of the Sunni population, may help the royal family weather the storm.

It seems highly unlikely that the confrontation between Iran and Saudi Arabia will escalate into a military confrontation. However, the conflict has significant consequences for U.S. policy in the region. After years of actively promoting the overthrow of the independent state of Syria, U.S. policy had only recently shifted to concentrate primarily on fighting ISIS. To reach any kind of agreement in Syria, the U.S. needs the support and involvement of Saudi Arabia. With the new developments, it is not clear whether Saudi Arabia, the primary funder of the armed opposition, will curb its support. Far from having redrawn the map of the Middle East and exerting hegemony across the region, the U.S. is facing the reality of its declining influence.