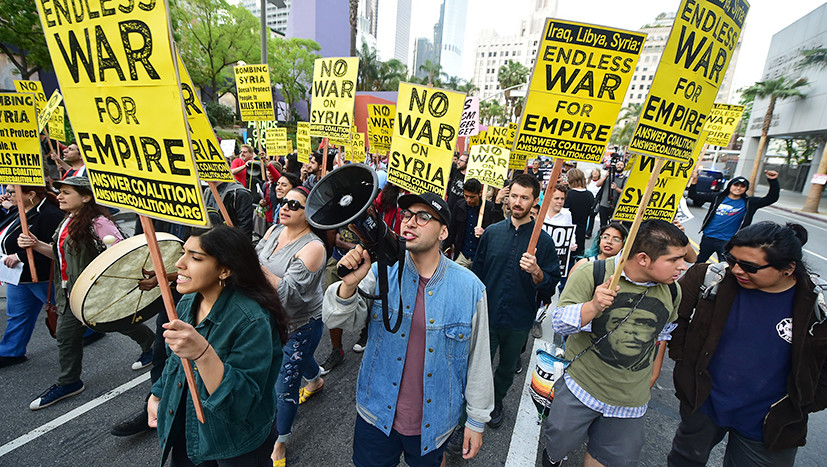 A day after the illegal attack he sanctioned, Joe Biden said to the press that the U.S. bombing of Syria is a message to Iran. “You can’t act with impunity, be careful,” was Biden’s warning to Iran -- after bombing Syria with impunity! Beyond plain hypocrisy, Biden’s comments reveal the racism and imperialist hubris characteristic of the bipartisan U.S. war machine. We need only to imagine the consequences for Iran if it were to carry out a missile attack against Americans or U.S. allies to send a message to the U.S. government for its decades-long military occupations in the region.

The U.S. unilaterally broke the JCPOA -- also known as the Iran nuclear deal -- under Trump, then proceeded to reimpose sanctions on Iran. This economic warfare denied the country food, medicine and other essentials even during a global pandemic. In its first month in office, the Biden administration voiced wishing to reenter the agreement with Iran. Instead of pursuing diplomacy, only weeks later it has bombed Syria to flex its military muscle against Iran.

Like the previous six administrations that bombed countries in the Middle East, Biden too believes that the United States can act with impunity in the region where it is an occupying force. A year ago, Trump also “sent a message” to Iran by assassinating Iran’s top general, Qasem Soleimani, bringing the world to the brink of another catastrophic war. Trump faced no consequences for his criminal act. The Biden administration is acting in the same vein, making it clear that the impunity that Biden speaks of is reserved only for the United States.

We demand an end to U.S. sanctions on Iran! U.S. out of the Middle East!