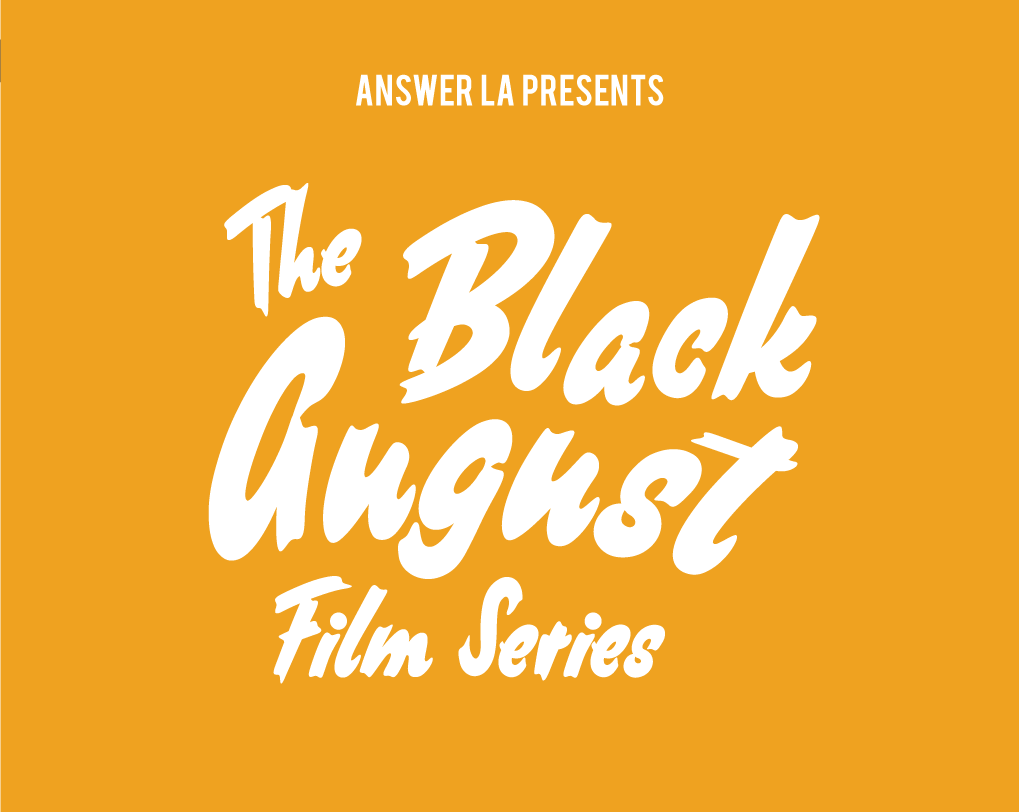 Black August commemorates the life of imprisoned Black Panther Party member George Jackson who was assassinated 44 years ago in San Quentin prison. Every Friday this month ANSWER will present a riveting documentary dedicated to highlighting the struggle to free all political prisoners and Black liberation.

AUGUST 7: Concerning Violence A documentary capturing the effects colonialism and white supremacy across the African continent through documentary footage of liberation struggles, based on Frantz Fanon's "The Wretched of the Earth" and narrated by Lauryn Hill.

AUGUST 21: Ferguson: The Fire This Time A short documentary about the uprising in Ferguson following the murder of Mike Brown.

AUGUST 28: Free Angela and all Political Prisoners A film depicting the trial of Angela Davis and her motivation to continue to fight to free all political prisoners.

Following each screening will be a group discussion led by an all black panel. Suggested $4 donation for entry, no one will be turned away for lack of funds, doors open at 7pm.