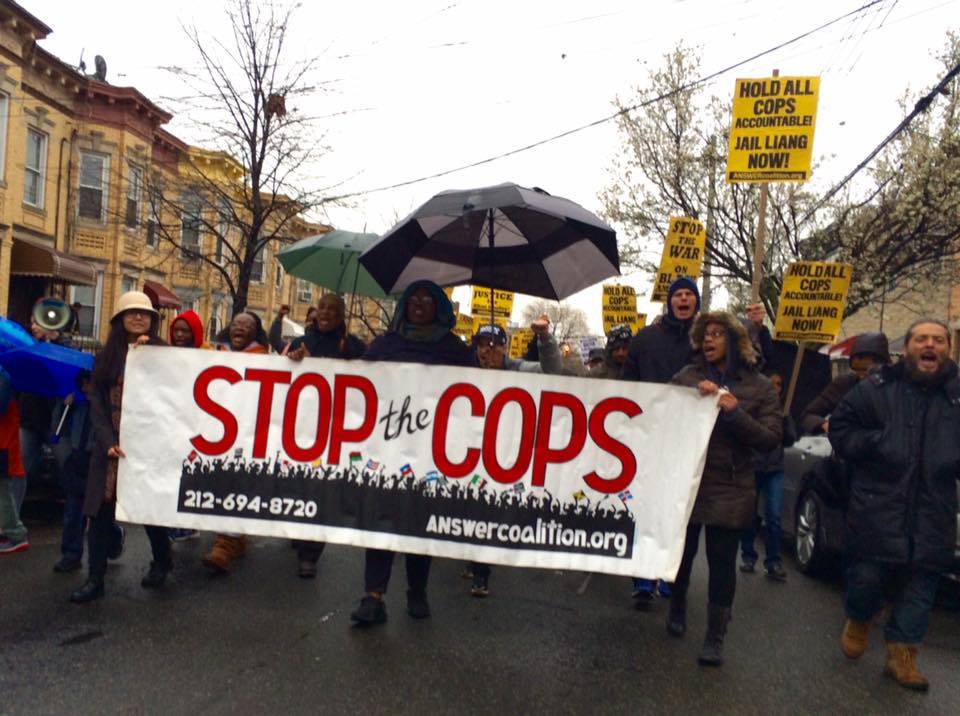 From Boston to Brooklyn, From Nashua to New York: Justice for Akai Gurley, Jeffrey Pendleton & all victims of racist police brutality

The Justice for Akai Gurley Family Committee has called upon anti-racist activists, the Movement for Black Lives and all people of conscience to take part in a national week of action.

On April 14, New York City Police Officer Peter Liang, who was recently convicted of second-degree manslaughter for the November 2014 killing of Akai Gurley in Brooklyn, NY, is set to receive his sentence.

Liang robbed Akai’s daughter, Akaila, of a father, his siblings, a brother and his mother Sylvia, of a son. Akai was a community member, a worker, a part of our hearts and our lives. His life was stolen because Liang was patrolling the stairway of a public housing unit with his gun drawn and his finger on the trigger — against NYPD protocol and completely without reason. Evidence proved that he used over 11 pounds of pressure to pull the trigger — the gun did not simply “go off” as he claimed — and that he then tried to cover his tracks rather than give CPR to Akai as he lay dying. That is why Liang was justly convicted.

If he is able to get off with a light sentence, this will be yet another case of extreme injustice – just a new way of the system saying that Black lives still don’t matter.

In Boston, throughout Massachusetts and all across New England, police officers are guilty of inflicting racist police terror yet they are never held accountable.

In Nashua, New Hampshire, Jeffrey Pendleton, a fast food worker and Fight for $15 activist, died while held in police custody on a $100 bail he couldn’t afford to post. This wasn’t the first time Jeffrey was unjustly held in jail, he had actually previously stood up to police abuse and successfully sued for being wrongfully arrested on two separate occasions. We join with his family and loved ones and the Fight for $15 movement in demanding answers and that the officers involved be held accountable for his death – Justice for Jeffrey!

Join ANSWER Coalition for a speakout on Friday April 15 as we stand in solidarity with the family and loved ones of Akai Gurley, Jeffrey Pendleton and all the victims and survivors of racist police brutality.