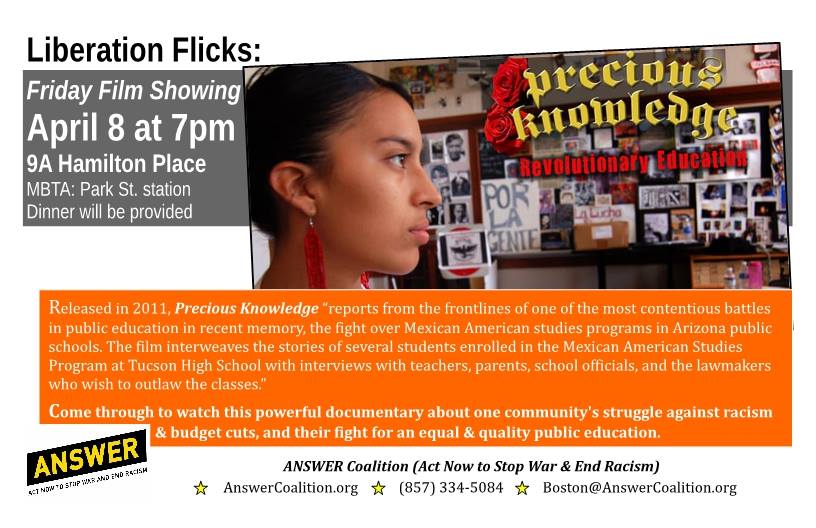 Released in 2011, Precious Knowledge "reports from the frontlines of one of the most contentious battles in public education in recent memory, the fight over Mexican American studies programs in Arizona public schools. The film interweaves the stories of several students enrolled in Mexican American Studies Program at Tuscon High School with interviews with teachers, parents, school officials and lawmakers who wish to outlaw these classes"

Come through to watch this powerful documentary about one community's struggle against racism and budget cuts, and their fight for an equal and quality public education.