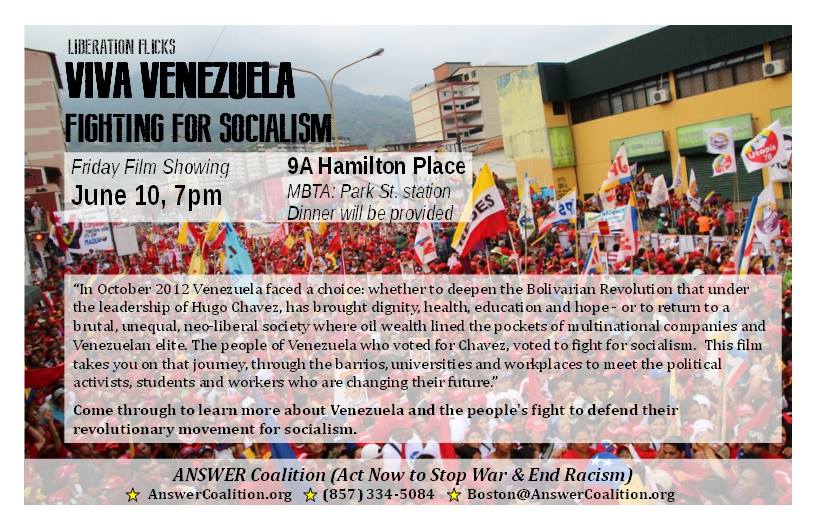 “In October 2012 Venezuela faced a choice: whether to deepen the Bolivarian Revolution that under the leadership of Hugo Chavez, has brought dignity, health, education and hope - or to return to a brutal, unequal, neo-liberal society where oil wealth lined the pockets of multinational companies and Venezuelan elite. The people of Venezuela who voted for Chavez, voted to fight for socialism. This film takes you on that journey, through the barrios, universities and workplaces to meet the political activists, students and workers who are changing their future.” Come through to learn more about Venezuela and the people's fight to defend their revolutionary movement for socialism.