Brelo verdict: another outrage from the racist court system 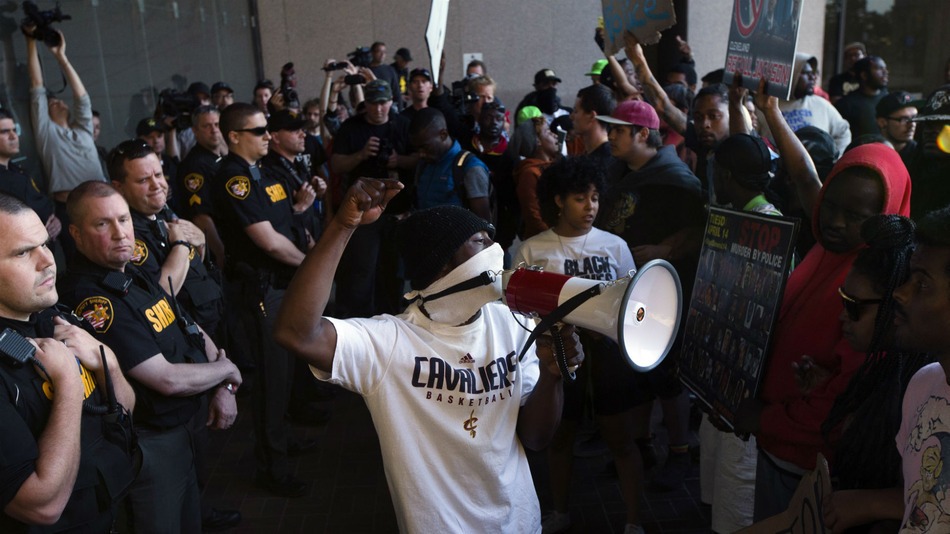 On May 23rd, the Cuyahoga County court system found cop Michael Brelo ‘not guilty’ of any crime in the brutal 2012 slaying of Malissa Williams and Timothy Russell. Brelo had been charged with voluntary manslaughter and felonious assault for firing 49 bullets through the windshield of the parked car that Williams and Russell were in on November, 29, murdering them. Brelo is white; Williams and Russell were both Black and unarmed.

In total, 137 bullets were fired into the car by 13 different cops. Despite this reckless disregard for Black life on the part of more than a dozen cops, only Brelo was charged with any crime.

Immediately in the aftermath of the acquittal (a decision reached not by a jury, but unilaterally by presiding Judge John P. O’Donnell), protesters in Cleveland began to agitate against the racist verdict, blocking traffic and chanting “No justice, no peace!” and “Black lives matter!” Slogans which still are in desperate need of being heard despite months of sustained protest by activists throughout the nation.

Cleveland police responded to the people’s calls for justice with heavy-handed repression, facing down the protesters in riot gear and arresting at least 71 people over the holiday weekend.

For a city that has seen so many unaccountable police murders, including the killings of Tanisha Anderson and 12-year-old Tamir Rice, this latest verdict is an insult and reminder of the contempt which the courts and police system show toward Black life. The situation in Cleveland has become so dire that even the Department of Justice has now stepped in to curb what they say is the cops ‘unnecessary and excessive use of deadly force’.

Whether this will prove to be merely a PR move on the part of a justice system struggling to maintain its legitimacy in the public eye remains to be seen. However, given how entrenched racism and brutality are to the very structure of the American police and prison system, those currently suffering under its regime have little reason to hope that these modest reforms will have any serious effect on their lives. If any positive change comes from this, it will be the result of the struggle, not the benevolence of government officials.

As cops throughout the United States continue to kill with impunity, aided and abetted by judges and prosecutors who will sanction any crime in order to prop up the racist system of police repression, it becomes more and more clear that only through the mass action of the people can this oppressive apparatus be overthrown.