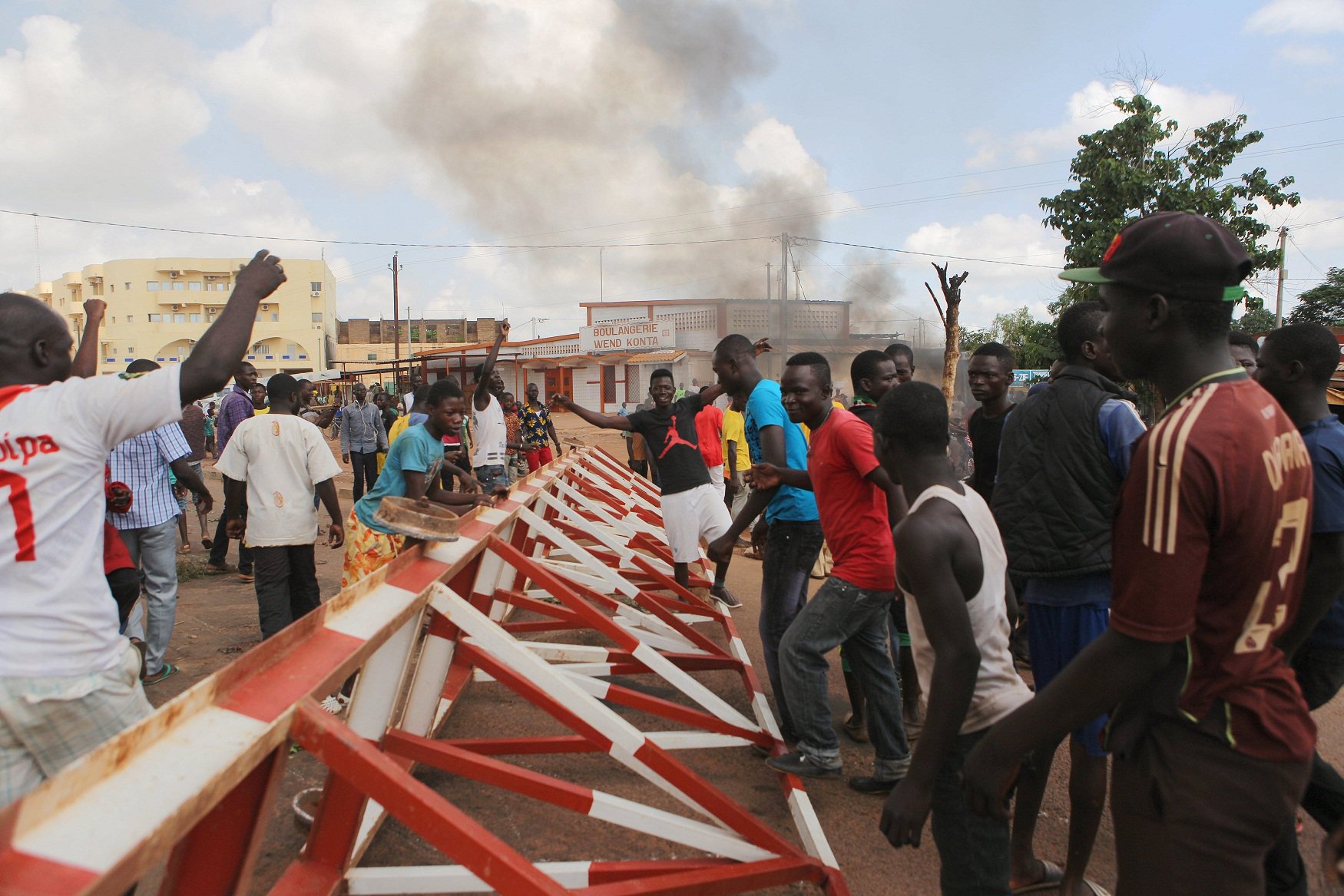 The past two weeks have seen dramatic and encouraging developments in the ongoing revolution in Burkina Faso.

The coup failed to hold under the militant resistance of the Burkinabe people who took advantage of the crisis to force the coup to collapse and pushed the government to dissolve the RSP. By defeating the coup and destroying one of the key remnants of the old regime, the revolution in Burkina Faso has taken a huge step forward.

Two factors that sparked the coup were an official recommendation from the reform commission to disband the RSP and a new electoral law passed by the transitional government that banned the misnamed Congress for Democracy and Progress (CDP) party of Compaoré and his supporters from running in the upcoming elections.

The RSP demanded that this law be repealed and all prospective candidates – meaning old regime loyalists – be allowed to run in the elections. Their demand may appear fair, but it ultimately aims to clear a path for Compaoré and his party of yes-men to return to power with the help of endless resources from U.S.-led imperialism and resume the neocolonialist exploitation of the Burkinabe.

Compaoré ruled Burkina Faso for 27 years after a coup assassinated revolutionary leader Thomas Sankara. Diendéré was implicated in the murder of Sankara. Burkina Faso had since served as a base for intelligence and military operations led by France and the U.S. with Diendéré as head collaborator, making it a crucial hub in western Africa for AFRICOM.

In October 2014 hundreds of thousands of Burkinabe to rose up and ousted Compaoré after an attempt to change to constitution would have allowed him to rule indefinitely. Protesters set fire to the government building in the capital Ouagadougou to prevent parliament from enacting the change.

The Burkinabe people returned to the streets once again at the news of the coup. Eleven were killed and over 270 wounded by
the RSP over the course of the coup. The RSP then had the audacity to add to its demands a declaration of amnesty preventing any future attempts to prosecute them for crimes against the people.

In an effort to resolve the crisis mediation talks were initiated by the Economic Community of West African States (ECOWAS), a uniformly reactionary group of neocolonialist puppets who aim to contain and stamp out the revolutionary situation at their doorstep.

Several members of Balai Citoyen, a mass organization inspired by Sankara which played a leading role in the 2014 uprising, were also in communication with transitional authorities during negotiations. Balai Citoyen demanded Diendéré’s arrest, maintaining the CDP electoral ban, dissolution of the RSP, and restoration of the transitional government.

After a compromise had been reached RSP forces attacked the hotel where the talks were being held and specifically targeted Balai Citoyen members and leadership throughout the capital. Diendéré declared later the same day that he would remain in power until elections were held.

Cadres from mass organizations erected barricades around the capital. Serge “Smockey” Bambara, leader of Balai Citoyen, wrote on Facebook, “Our country calls us comrades! We must paralyze Ouagadougou by any means.” The people held out in the streets as the military marched on the capital to disarm the RSP.

By September 24, Diendéré announced the end of the coup and the interim government was restored to power. “Carrying out this coup was the biggest mistake,” Diendéré admitted. “We knew the people were not in favor of it. That is why we have given up.”

The crisis had initially been resolved with a reactionary compromise brokered by ECOWAS allowing the CDP to participate in the elections and granting amnesty to the RSP in exchange for the return of the interim government to power. However, the pressure of the people was so great that at its first meeting after returning to power the government disarmed and disbanded the RSP and established a commission to identify and punish those responsible in the coup.

The Burkinabe people once again demonstrate that in the revolutionary spirit of Thomas Sankara they are capable and willing to play a decisive role in the future of their country.