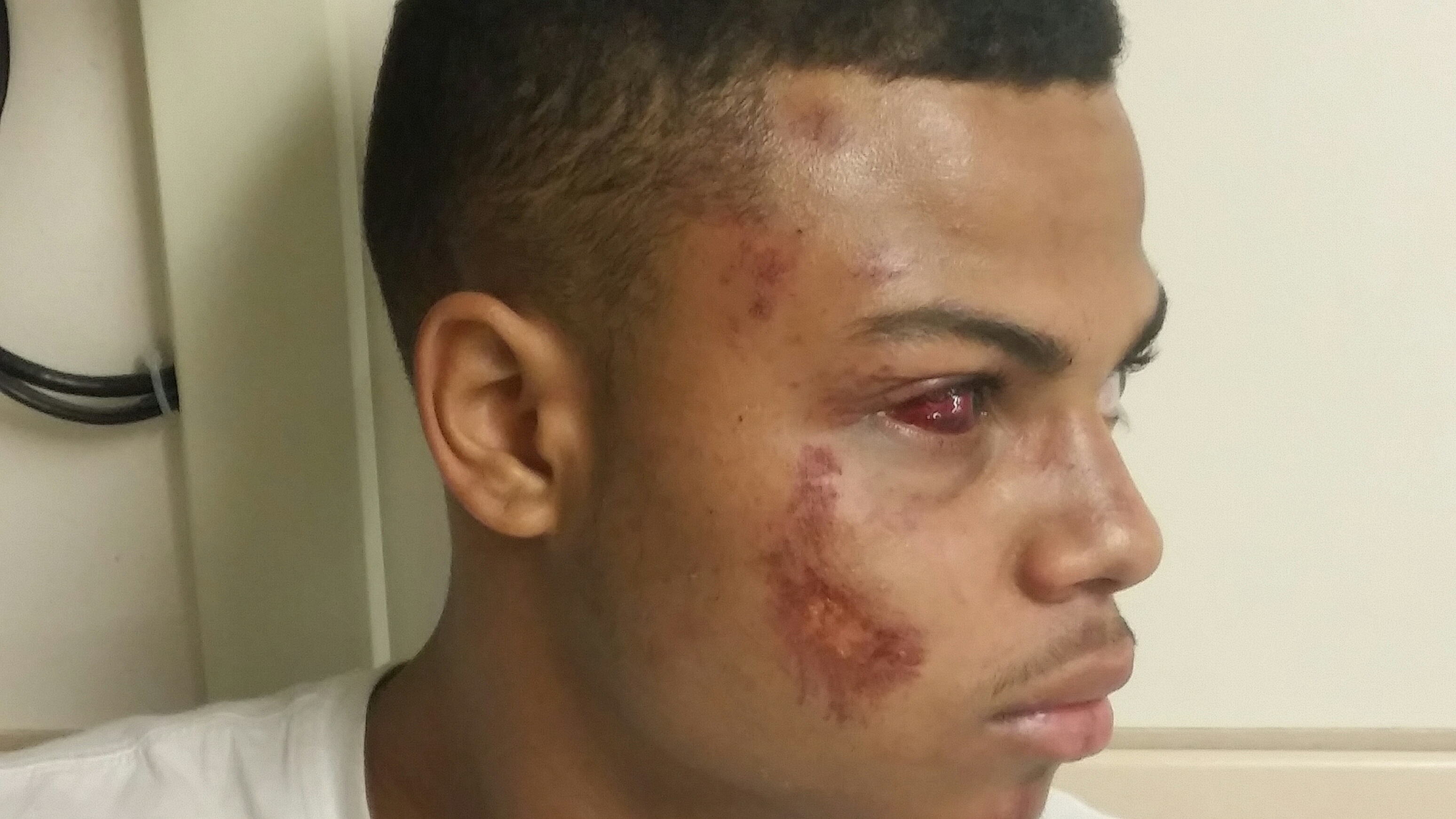 You can e-mail us at [email protected] to get involved!

The United as One Coalition, of which ANSWER Syracuse is a founding and active member, is launching a new campaign against police brutality. The campaign comes as a result of growing anger in the city of Syracuse about policy brutality that has been exacerbated by two recent cases, those of Alonzo Grant and Elijah Johnson.

The campaign is focusing in particular on holding the police accountable by strengthening the Syracuse Police Department's use of force policy. As it stands, the current policy states that "Sworn officers shall use only that level of physical force necessary in the performance of their duties... Officers shall employ only the degree of force that is necessary to achieve their lawful objectives." That's basically it; officers can essentially use whatever force they want according to the current policy. And they do.

Let's take a look at just two recent cases of police brutality that evidence why we need an actual policy that is able to hold the police accountable for their actions.

Alonzo Grant is a 51-year-old Black man who, earlier this summer, came home from work to spend time with his family. When he got home, he found that his daughter was having an argument with a neighbor. When the argument escalated, Alonzo called 911. He thought that the police would help the situation, but that is not at all what happened. When police arived, Alonzo's daughter had already left. When Alonzo and his wife told the police that the situation had ended, the police did not listen.

Instead, one cop entered Alonzo's home without his permission. The cop told Alonzo to go outside to talk with another officer. Alonzo obliged, but when he went down the front stairs the cop grabbed him and flung him across a railing down to the ground. The other cop then put his knees on Alonzo's back while the first officer held him in a choke hold and struck him repeatedly in the side of his head. The cop broke Alonzo's nose, cut his lip, cut a gash in his face, and gave him a concussion.

Then, to add insult to injury, the cops charged Alonzo with resisting arrest, disorderly conduct, and harassment of a police officer. It is typical for police officers to throw charges onto people they beat up. They do this to get leverage, because if the victim pleads out he or she is unable to file a civil suit against the police.

Elijah Johnson is a 20-year-old Black man who was beaten and falsely arrested by police this summer. Elijah went to a party with several friends in the Westcott area one night, but the party was quickly broken up by police. When this happened, Elijah went back to his car with his friends to wait for things to settle down so that they could leave.

But cops came up to the car and accused Elijah of throwing rocks at them earlier, and Elijah denied doing so. The cops pulled 4 of Elijah's friends out of the car, handcuffed them, and put them on the ground. One cop grabbed Elijah and pulled him out of the car, slamming him backwards against the car. Two officers punched him in the head. Elijah complied with orders to put his hands behind his back, but one cop kicked Elijah's legs out from under him, causing Elijah to fall face down on the pavement. The cops placed handcuffs on him while hitting him on his back, side, face, and back of his head.

Several cops then dragged Elijah--who was handcuffed at this point--into the driveway, where they were farther from view of anyone who might be watching. The cops called him "n*****" and "stupid motherfucker." One cop then brought Elijah to his feet, only to have another cop punch him in the nose. The cops walked Elijah back to the car where his friends where, and then told them, "That's how we teach you not to fuck with us, because we can do anything we want."

We need to organize to stop this brutality

The stories of Alonzo and Elijah are heartwrenching, but they are not uncommon. Police brutality is an epidemic across the country, one that disproportionately affects poor people and people of color.

It has been proven time and time again that the police cannot and will not police themselves. The only way to combat police brutality is by organizing in our streets, communities, schools, and workplaces. That's what this campaign is about.

First, we need to support the victims of police brutality as they struggle for some semblance of justice. Therefore, we are calling on ANSWER members and supporters to show up to support Elijah at a press conference Wednesday, August 13th at 10:00 am at the Faith Hope Community Center on Montgomery St.

Second, the public safety committee of the Syracuse common council is holding a meeting to discuss the police's use of force policy on Tuesday August 19th at 5:30 pm at City Hall. We, the people, need to be there to let them know that we will not stand for this brutality and abuse of power. The police cannot do anything they want. Show up and speak out (you can bring signs, too).

Third, throughout September and October we are going to be collecting stories of those who have suffered at the hands of the local police. We are going to be stationed at different community centers and we will also be posting an online form that people can fill out as well. Check the ANSWER Syracuse webpage for updates.

There is visceral rage in Syracuse communities over this brutality and misconduct. We need to channel that rage into a movement that can hold the police accountable for their actions. Only if we are organized can we send a message that the police cannot get away with anything that they want.