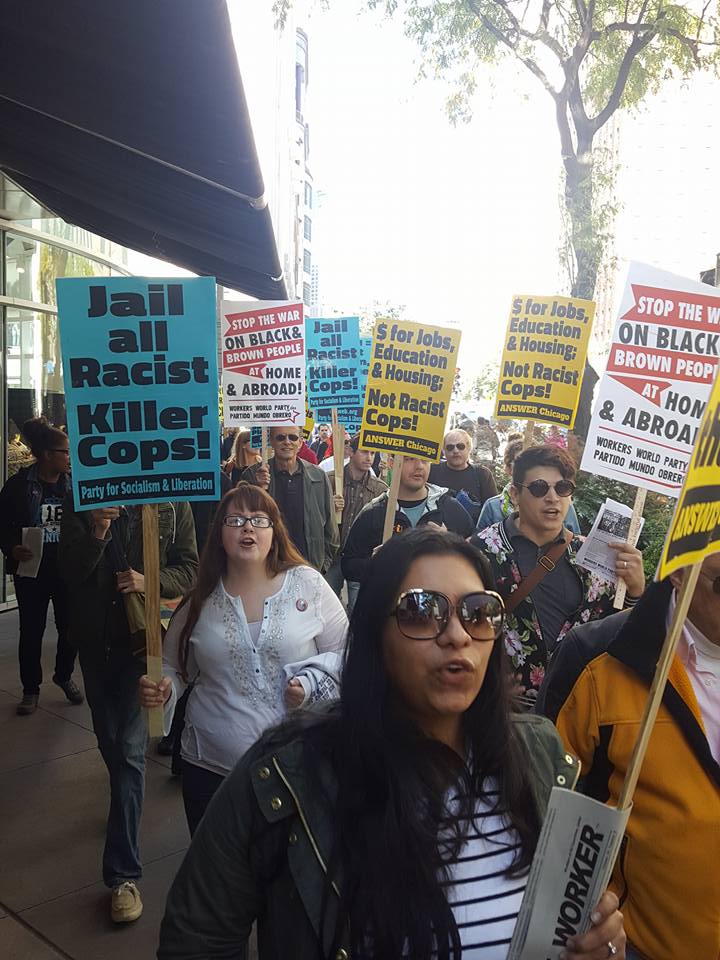 Oct. 8 was the fifteenth year since the beginning of the Afghanistan War, a brutal invasion and occupation by the United States that has claimed tens of thousands of lives. In Chicago, the people marked this anniversary with a protest initiated by ANSWER Chicago and co-sponsored by the Gay Liberation Network, CodePINK Chicago, and Black Lives Matter Women of Faith.

The crowd gathered in the busy Chicago loop to raise their voices against the twin evils of racism and war, especially the threat of war in Syria and the continued murders of Black people by the police in the United States.

After several speeches, including a powerful report from a Syrian man recently returned from that country on the continued resistance of the Syrian people to U.S. aggression, the crowd marched through the crowded shopping and tourist district of the city while chanting slogans from the anti-war movement, the Movement for Black Lives, and the Chicago Teachers Union struggle.

Fifteen years have passed since the beginning of the war in Afghanistan. That war continues to this day and has crept outward to engulf other countries across the Middle East. Racist violence inside and outside the United States continues at a fevered pitch. But resistance to the horrible system also continues.

The crowd at the Chicago demonstration was full of young, energetic people of all nationalities raising their voices against war and racism. As one speaker at the rally said, “Fires start as sparks.”