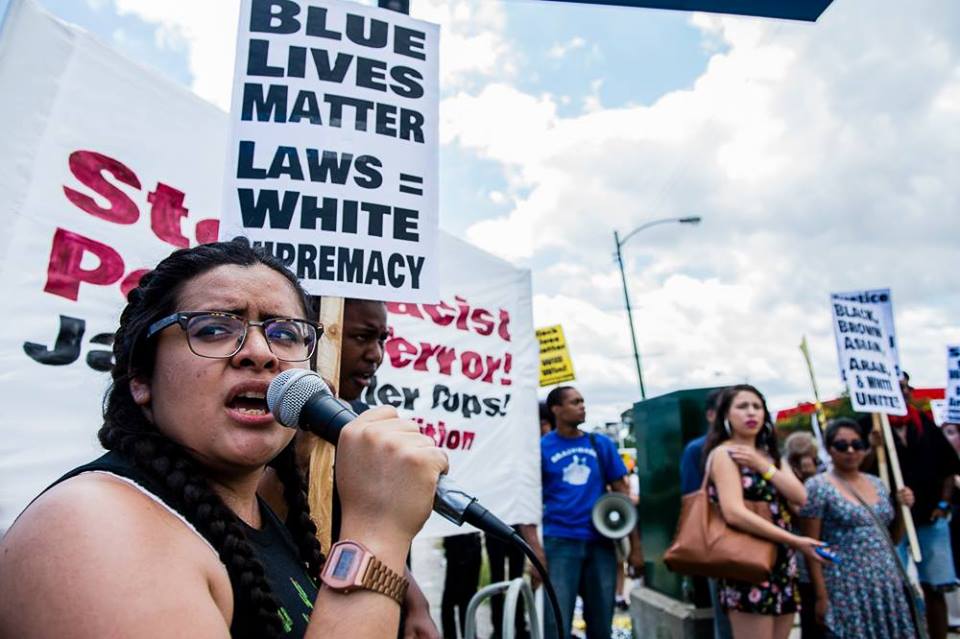 Join us on Women's Equality Day to listen and interact with speakers directly involved in the day to day fight for women's liberation. Our struggle for liberation, justice and power is a central part of all the important struggles of workers and the oppressed. Those struggles include the fight against racism, poverty, homophobia and all forms of oppression that seek to divide us. As women we stand united in the struggle for equality for all and we will not be divided by the racists, the 1% or the warmongers.

** The struggle for immigrant rights with Ana Santoyo, ANSWER Chicago co-coordinator and organizer of August 6 march for justice and power

** The history of Women's Equality Day by Lauren McGowen, student and W.O.R.D. (Women Organized to Resist and Defend) activist

** Women in the labor movement, our stories and the need to be organized by Hope, a labor organizer

** Fight for and defend reproductive rights: the demands and history of struggle by Beth Massey, long time activist for women's rights

$5 donation. No one turned away for lack of funds.