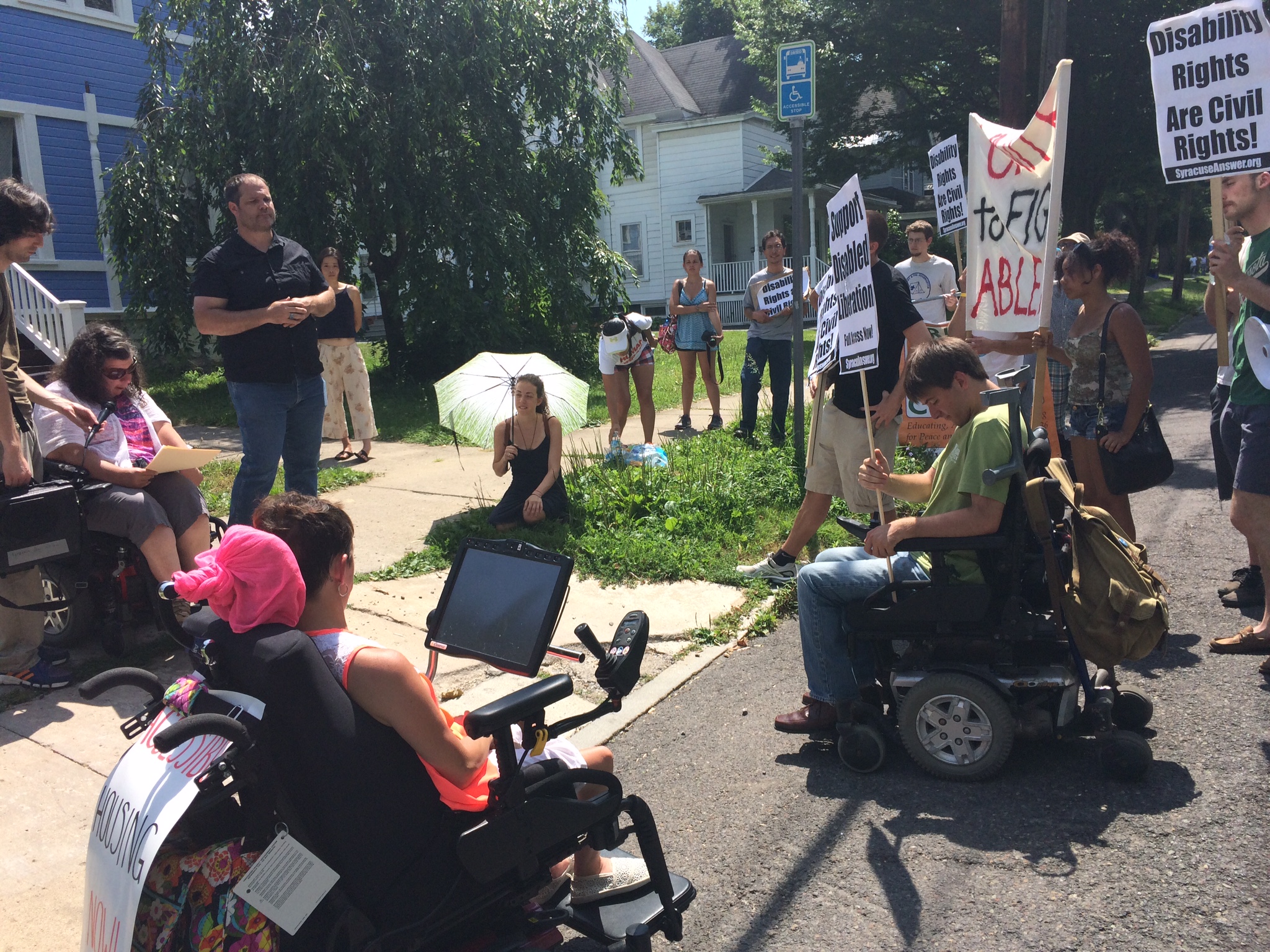 On July 29, roughly 25 protesters marched to Syracuse City Hall to call attention to the lack of affordable and accessible housing in Syracuse. The march was organized by the newly formed Coalition for a Livable and Accessible Syracuse, a group of concerned community members fighting to increase the amount of accessible living spaces for disabled people in Syracuse. The Coalition is headed by two Syracuse residents who use wheelchairs and have experienced firsthand the near impossibility of finding accessible housing in the city.

Speaking at the march, one of the Coalition leaders and march organizers, Nick Holzthum, explained that those with significant disabilities are forced onto four-year waitlists or trapped in nursing homes as a result of the dearth of accessible housing for people with significant disabilities. The march was meant to educate and raise awareness about this particular issue as a first step in a larger campaign. The group hopes to bring together politicians, housing developers, and disability rights agencies to formulate legislation mandating more accessible housing in the city. March organizers had reached out to members of the city’s Common Council prior to the march requesting time to speak about the issue at their study session that day and received no reply.

Held three days after the 25th anniversary of the Americans with Disabilities Act (ADA), the march called attention to persistent and pervasive disability oppression and a widespread failure to fulfill the ideals of the ADA. Disabled people remain vastly disproportionately unemployed, impoverished, and homeless. Campaign organizers also emphasized that the fight for accessible housing is linked to other housing struggles and expressed an interest in working alongside other groups engaged in local housing struggles.