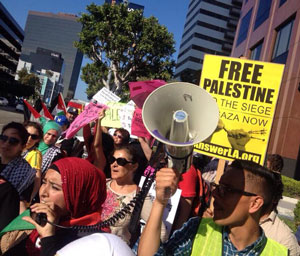 Community Forum on the war on Gaza and the Victory for the Palestinian Struggle!

On July 8, 2014 The “Israeli” Occupation Forces launched yet another criminal assault on the Palestinian Gaza Strip, known as Operation Protective Edge. For the fifty days that followed, the Zionist forces devastated one of the most densely populated strips of land on earth with over 1.8 million people packed into a small strip of land around 139 square miles.

Although more than 10,000 women, men and children were severely injured, and Gaza has been once again left in near ruins; the Zionist entity suffers yet another in a string of recent military and political defeats in the face of the unyielding Palestinian struggle for freedom!

Suggested donation $5-$10 (no one turned away for lack of funds).