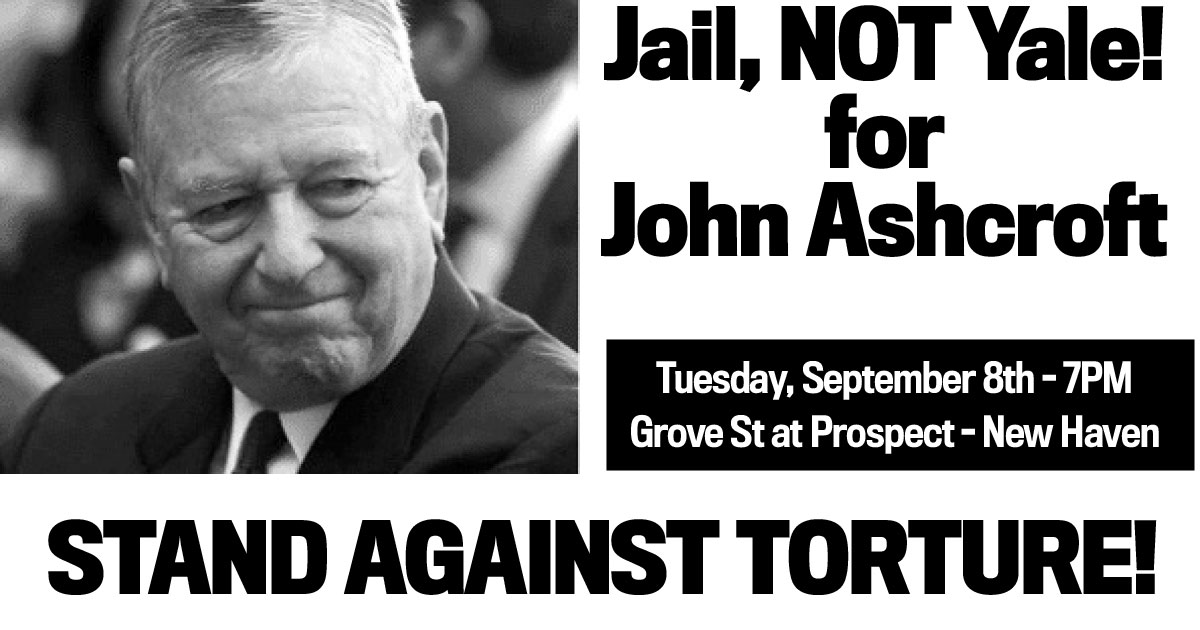 Protest: Stand Against Torture - Jail, Not Yale for John Ashcroft

John Ashcroft, former U.S. Attorney General under George W. Bush, has a legacy of enabling, defending and legalizing torture. Under his watch, the infamous “Torture Memos” were written that guided the use of techniques like waterboarding and serious sleep deprivation at U.S. military and CIA prisons like Abu Ghraib. In 2008, he further defended waterboarding, saying it "did not constitute torture." Ashcroft also played a significant role in the erosion of civil rights and liberties in the United States.

Now, Ashcroft has been invited to speak at Yale on the topic, “Liberty is the Purpose of Government.” All progressive and anti-war people must stand against this torturer being given a podium. War criminals must be jailed!

Join anti-war and progressive community members and Yale students to demand that John Ashcroft and all war criminals are punished for their crimes!