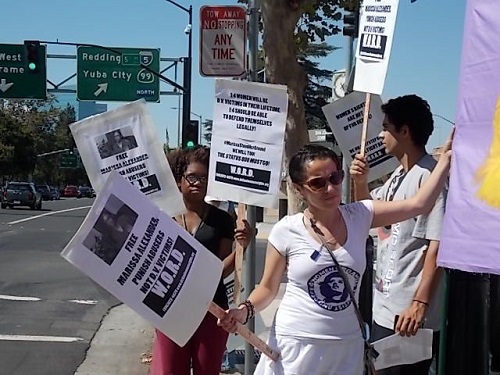 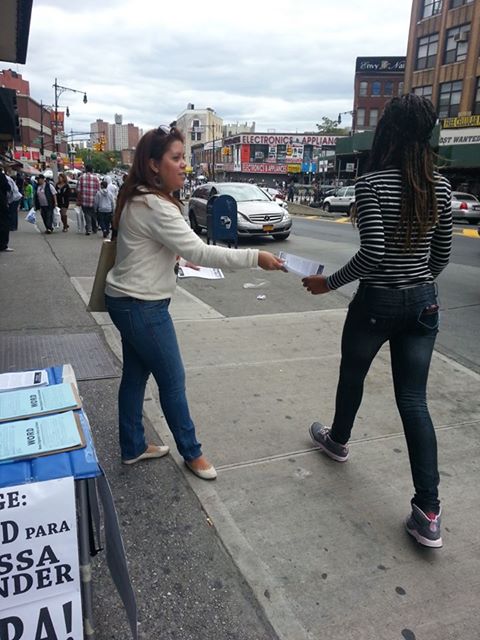 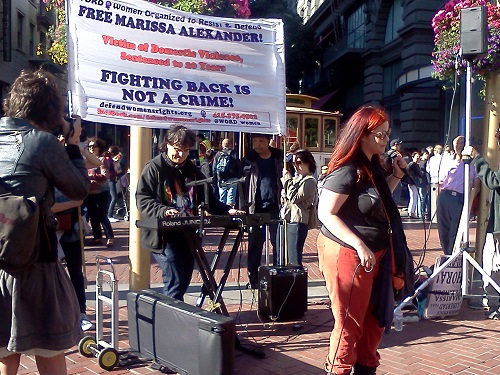 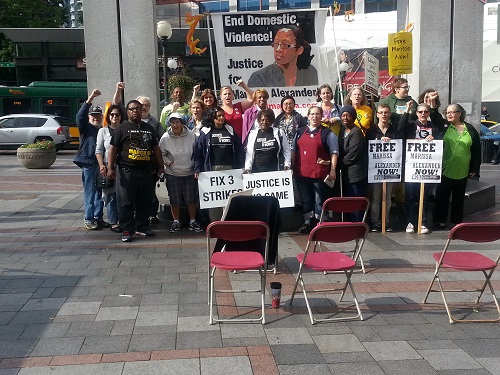 BREAKING: As a result of mass outrage across the country, the court system was forced to announce on Sept. 26 that Marissa Alexander would be granted a retrial. This is a major victory, but the movement is now entering an even more critical stage. Now more than ever we need to stay in the streets to demand: "Free Marissa Alexander!"

On September 14, 2013, supporters of women’s rights across the United States marked Marissa Alexander’s birthday by calling for her release from prison. In New York City, WORD organizers distributed information and literature about Marissa’s case. Other WORD chapters organized speak-outs and rallies to bring attention to this case and demand Marissa’s release. See below for reports on those actions and read more about Marissa Alexander.

WORD Sacramento members spoke out for Marissa Alexander and for her release from an unjust imprisonment on her birthday, Sept. 14, at the U.S. Courthouse and Federal Building in Sacramento. A group of WORD and community members picketed with signs that read "Free Marissa Alexander!" and handed out a WORD statement flyer with information about how Alexander should be celebrating her birthday, not sitting in a prison cell. Many cars driving by honked their horns in support.

The Sacramento Observer was at the event, taking photographs of the actions, picket signs and a banner that read "Stop the Attacks Against Women in Our Communities." During the speak-out, WORD Sacramento members talked about domestic violence, as well as sexism and racism in the so-called criminal justice system.

People gathered at Powell and Market in San Francisco to recognize the birthday of Marissa Alexander and demand that she be freed. People walking through the busy intersection eagerly took the statements of support for Marissa, and stopped to listen to speakers and the performance by Heart of Orion of their song "Free Marissa Now."

Speakers at the event talked about the case of Marissa Alexander, the racist justice system and the lack of support for victims of domestic violence. While waving their placards, participants called out loudly: "One day in jail is way too long, Marissa did nothing wrong!"

A spirited crowd gathered at Westlake Park in downtown Seattle on Sept. 14 to demand justice for Marissa Alexander. The demonstration was co-sponsored by the Pacific Northwest Alliance to Free Marissa Alexander, WORD (Women Organized by Resist and Defend) and Radical Women. The rally opened with an explanation of Marissa’s case and a lively talk by the Rev. Angela Ying, whose ringing condemnation of racism and sexism got the crowd stirred up.

Jane Cutter of WORD and the ANSWER Coalition spoke about how Marissa’s case illustrates the confluence of racism, sexism and mass incarceration. Cutter concluded her remarks with a call for activists to work very hard so that next year on her birthday, Marissa can celebrate it outside of prison. Many passers-by stopped to learn more about the case, get buttons and sign a birthday card.