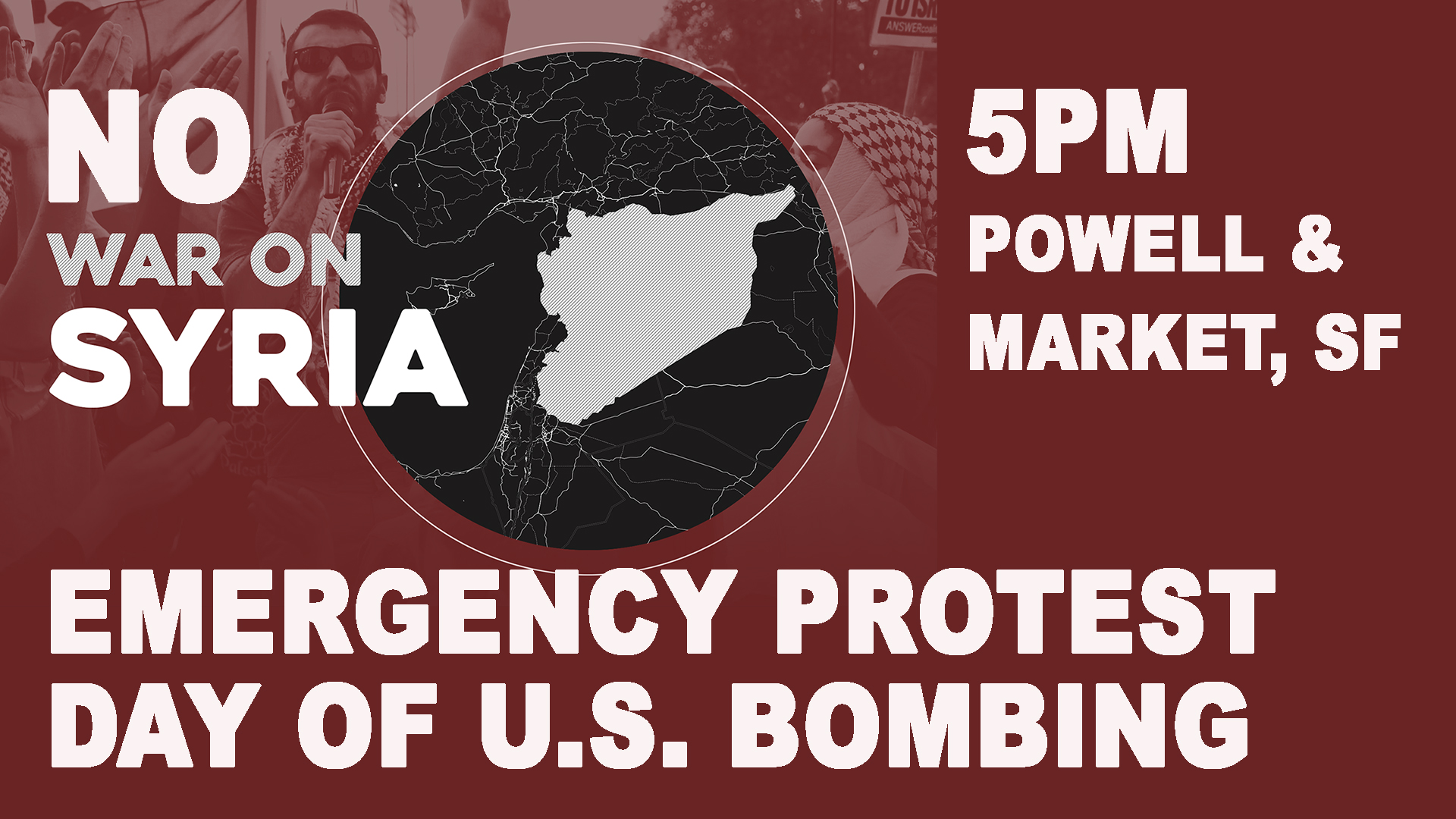 The Trump administration, together with its British and French imperialist allies has launched airstrikes on Syria, including multiple strikes on the capital Damascus. Trump's speech announcing the new military action against Syria was in reality a statement that he and his allies were engaging in war crimes using "humanitarian concern" after the unsubstantiated accusation of a chemical attack against the Syrian government. Neither the U.S., Britain nor France are threatened in any way by Syria, meaning that this attack is a war of aggression and a Crime Against Peace, the most serious form of war crime.

It is clear even in the early hours that this new attack is much wider than the 2017 cruise missile attack on the Shayrat air base in Syria. It carries with it the very real danger of a larger war.

At the same time, Israel is continuing its murderous response to the courageous Great March of Return in Gaza. At least 31 Palestinians have been killed and thousands wounded since the Great March began on March 30, while Israeli occupation forces have reported zero casualties. The Trump administration and leaders of both the Republican and Democratic parties have fully supported Israeli actions making it a U.S./Israeli massacre.

Join ANSWER and many other organizations in protesting any new U.S. war.