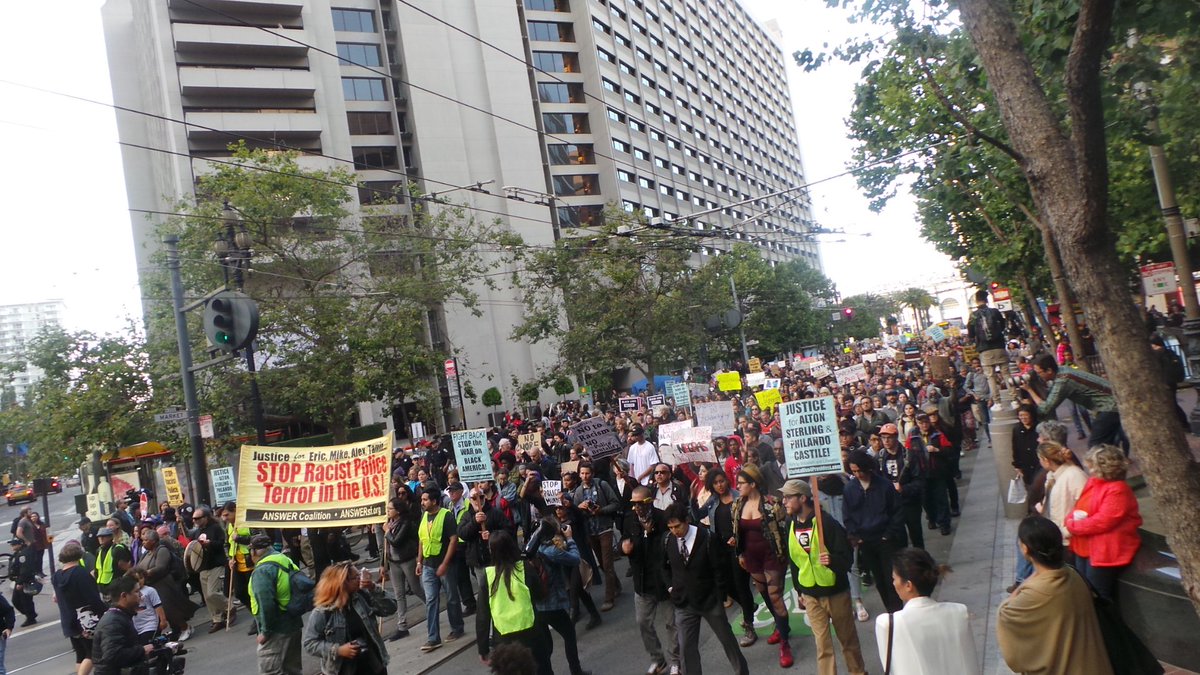 Thousands of people across the country are showing their outrage in the streets following the brutal murder by the police of Alton Sterling and Philando Castile, and in opposition to the epidemic of racist police terror in the United States. ANSWER Coalition chapters have and will continue to organize, support and participate in this wave of struggle.

Every day the numbers continue to climb. As of July 17, the cops have murdered 596 people of color and poor people this year alone, disproportionately African American men and women. That’s on average more than 3 people per day! This is state-sanctioned terror directed against Black, Brown and poor people and only a sustained people’s movement in the streets can stop it.

As part of a national day of action initiated by the Movement for Black Lives, join us in the streets this Thursday in San Francisco to demand justice for all the victims of police brutality and end to racist police terror.