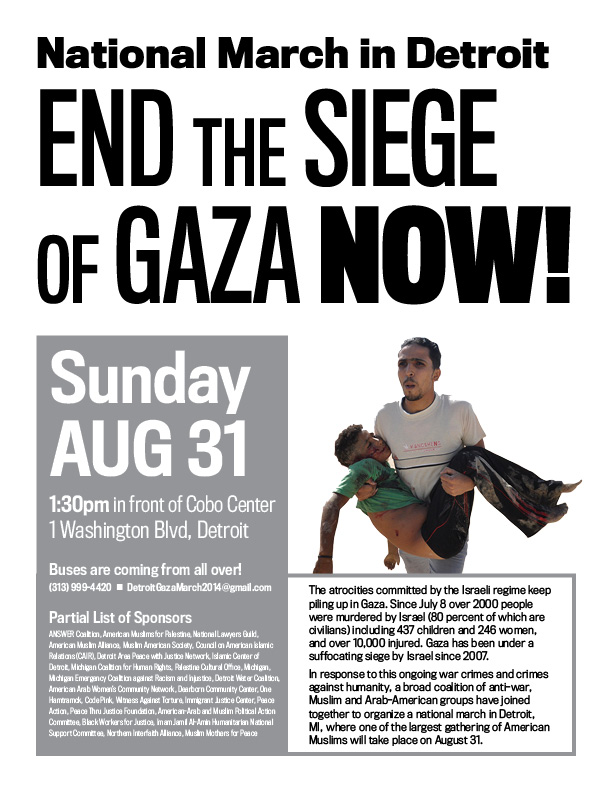 National March to End the Siege of Gaza! 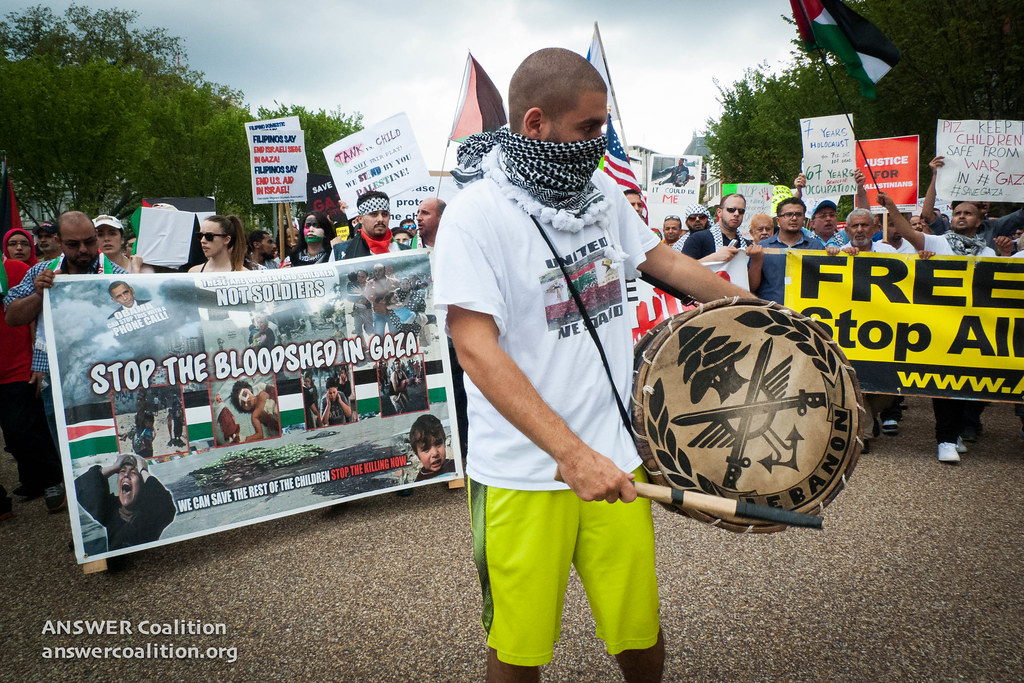 The ANSWER Coalition encourages its supporters to attend this important action in solidarity with the people of Palestine.

In response to this ongoing war crimes and crimes against humanity, a broad coalition of anti-war, Muslim and Arab-American groups have joined together to organize a national march in Detroit, MI, where one of the largest gathering of American Muslims will take place on August 31.

Palestine Gaza
Donate to the Movement Volunteer - Get Involved Today