Events Across the Country Commemorate the Life of President Hugo Chávez 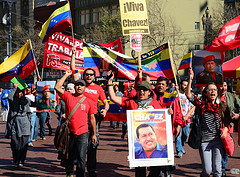 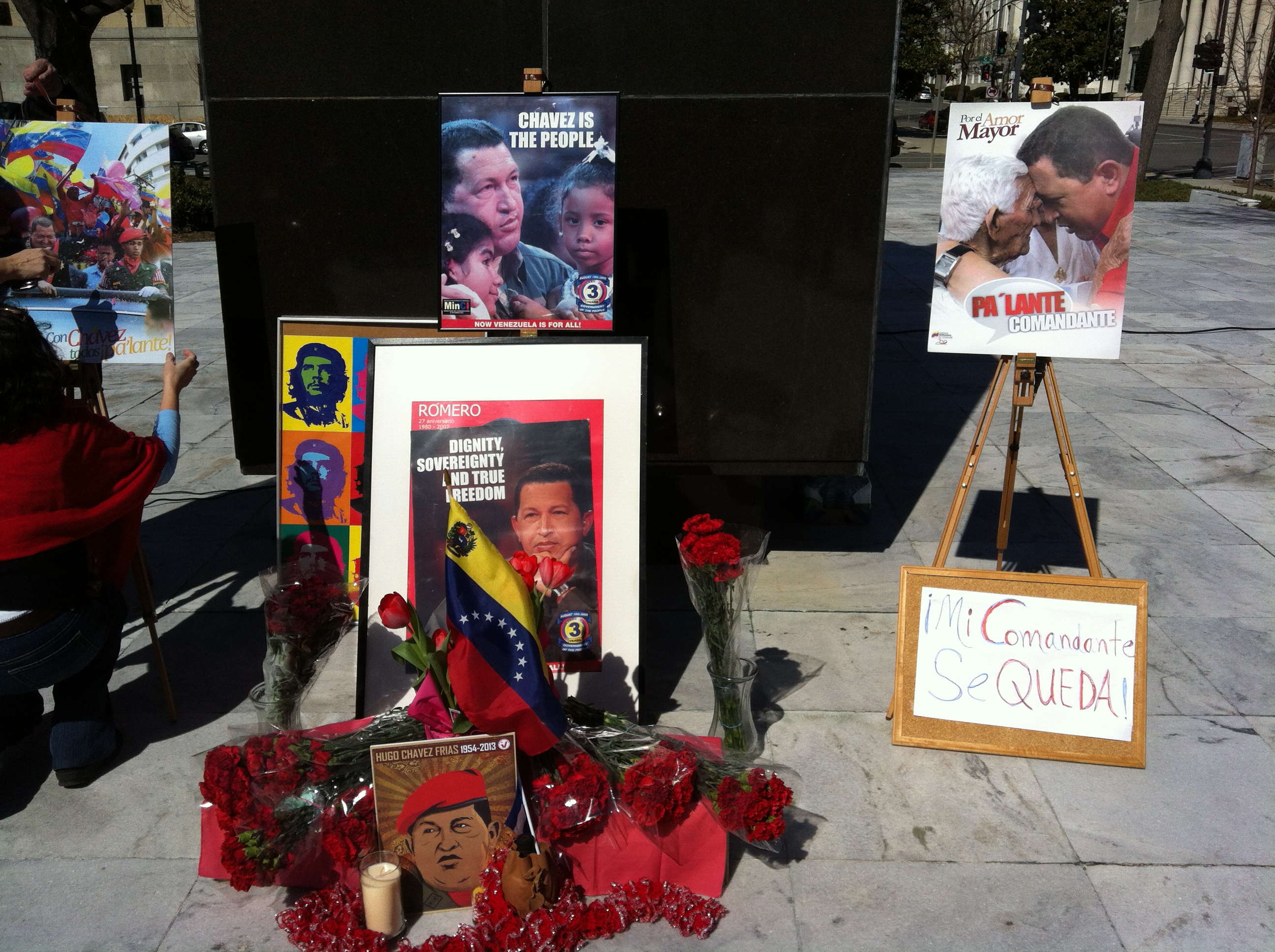 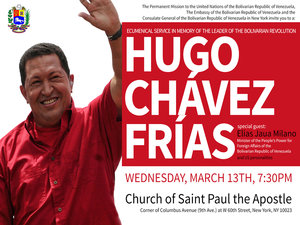 Since the tragic passing of President Hugo Chávez, the ANSWER Coalition and a wide range of other progressive organizations and individuals have been organizing and participating in events to commemorate his life and show support for the ongoing revolutionary process. Below are several reports from cities across the country.

Filling up the busy 24th and Mission BART plaza with red shirts and Venezuelan flags, over 300 activists, revolutionaries and supporters of the Bolivarian Revolution came out to pay homage to Venezuelan President Hugo Chávez on March 11. In a celebratory rally and march, everyone paid respect to Chávez by thanking him for bringing dignity to the poor, the oppressed and the workers in Venezuela and for standing up against the giant U.S. empire that has caused so much misery across the world and amongst its own people.

With chants like ¡Venezuela escucha, San Francisco está en tu lucha! (Venezuela listen, San Francisco is with your struggle) and ¡Chávez no murió, se multiplicó! (Chávez didn’t die, he multiplied), organizations from a wide range of backgrounds marched together in the heart of the Latino district, the Mission. The action was called by individual Venezuelan revolutionaries and supported by the ANSWER Coalition, the Party for Socialism and Liberation, BALASC - Bay Area Latin America Solidarity Coalition, FMLN-Bay Area - Frente Faribundo Martí para la Liberación Nacional, Haiti Action Committee, SOA-School of the Americas Watch, the Center for Political Education, and Marin Interfaith Task Force for the Americas.

After chanting and singing through the Mission, the march ended up by the statue of the revolutionary whom Chávez named the Venezuelan Revolutionary process after, Simon Bolívar.  In closing and sobering words, a long list of individuals read poetry, sang songs, and reminded people that the struggle is far from over. People were urged to learn about the Bolivarian Revolution and support its continuation by informing others about the reality in Venezuela. The need to have Nicolás Maduro win the presidency on Sunday, April 14 was also stressed.

A vigil was also held on March 5, the day that Chávez died. More activities are being planned as a follow-up to the march with the hope that people make the connection between what Chávez did for Venezuela and how that same kind of change is needed for us here in the belly of the beast.

Watch a slideshow of photos from the event by Bill Hackwell

On March 8 at Calles y Suenos in the Pilsen Neighborhood in Chicago activists and progressives from around the city came to pay their last respects to Comandante Hugo Rafael Chávez Frías. General Consul of the Bolivarian Republic of Venezuela in Chicago Jesús Rodríguez-Espinoza spoke to the saddened yet optimistic gathering, assuring that in the upcoming elections Nicolás Maduro is strongly expected to be successful. Speakers active in the struggle, including representatives of the Afro-Colombian community, gave heartfelt testimonies to the gains and momentum of the Bolivarian Revolution and of the struggles that the people will face in the future.

A well-attended vigil was also held on March 6 at Trinity Episcopal Church on the south side of Chicago. Participants signed a condolence book provided by the Venezuelan Consulate and attended a service in honor of Chávez. At the end of the vigil, solidarity speeches were given by Chicago supporters of the Bolivarian Revolution. The memory of Comandante Chávez will continue to inspire progressives who continue to stand against U.S. imperialism in Latin America and everywhere.

A number of supporters from the region also represented various immigrant communities bringing an array of flags from Central and South American nations that mingled with Venezuelan flags in a prominent display of the Latin American unity spurred on by President Chávez and the Bolivarian process.

A common theme throughout the program was the determination of all those present to redouble their efforts to show solidarity with the continuing Bolivarian Revolution. The MCs and other program speakers often led the crowd in chants in both Spanish and English, while long lines formed to sign the official book of condolences.

Following Saturday’s gathering, a memorial service was held on March 12 at St. Stephen's Church, where again friends of Venezuela from across the region joined together to express their sorrow at the loss of President Chávez, but continued determination to fight on in support of the goals he sought to achieve for the people of Venezuela, Latin America and the world.

Tributes to Chávez came from members of the Washington, D.C., and Baltimore faith communities, which were featured alongside musical selections and videos of President Chávez. In attendance were also a number of diplomats and representatives of various social movements, many of whom brought flowers and posters to commemorate President Chávez.

Hundreds of activists and community members gathered outside of 1199 SEIU's headquarters for a candlelight procession to honor the life of President Hugo Chávez. Chávez’s determined will to win a new Venezuela transformed not only his homeland for the betterment of the people, but also opened the road for a united and sovereign Latin America and the Caribbean. For this tremendous accomplishment, he earned the love and admiration of both the people of Venezuela and the people of the world.

The procession made its way through the streets of Manhatten and arrived at Times Square. Despite the loss of President Chávez, the large crowd was energized by their desire to continue his work. The procession turned into a fast-paced march, chanting "Uh ah Chávez vivirá!" (Uh ah Chávez lives!) and "Chávez vive, la lucha sigue!" (Chávez lives, the struggle continues!). The crowd confirmed the proclamation of now-Venezuelan President Nicolas Maduro: those who die for life cannot be called dead.

The memorial featured a panel of commemorations, a community speak out, music and other tributes to the late president and revolutionary. Participants wore red in solidarity with the Venezuelan people and brought offerings such as flowers, candles, photos and flags. Although participants expressed a feeling of sadness and loss, all were united in their defense of the sovereignty of Venezuela and confidence that the revolution Chávez led will continue.