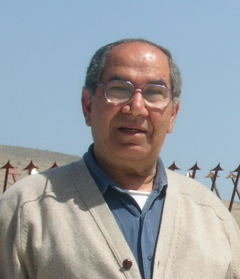 This article is a speech that was delivered by Ardeshir Ommani on March 12th at a public forum in NYC, sponsored by the American Iranian Friendship Committee (AIFC).

The proponents of the politico-cultural theories of Orientalism argue that the peoples of the Orient, including those living in North Africa, the Middle East and South Asia, because of their cultural orientations and religious beliefs, namely and predominantly Islam, have remained underdeveloped, backward, docile and stagnant and lack the dynamism necessary for change and revitalization of social systems.

In his 1978 book entitled Orientalism, Edward Wadie Said, a forerunner and a Palestinian American literary theorist, wrote that Orientalism is a constellation of a series of false assumptions underlying Western attitudes against Afro-Asian-Islamic peoples and their culture. He wrote, “In so far as the United States seems to be concerned, it is only a slight overstatement to say that Muslims and Arabs are essentially seen as either oil suppliers (gas station) or potential terrorists. Very little of the detail, the human density, the passion of Arab-Moslem life has entered the awareness of even those people whose profession it is to report the Arab world. What we have instead is a series of crude, essentialized caricatures of the Islamic world presented in such a way as to make the world vulnerable to military aggression.” (Appeared in an article entitled “Islam through Western Eyes” in the April 26, 1980 edition of Nation magazine.) Edward Said was of the opinion that Orientalist scholarship was and continues to be inseparably tied to the imperialist societies that produced it, making much of the work inherently politicized, servile to power, and therefore suspect. (Wikipedia)

It is under the spell of such demeaning ideologies as Orientalism, humanitarian intervention, defense of democracy, free trade, glorification of military power and patriotism, which is currently ingrained in the mainstream American psyche, the U.S. ruling class and its allies savagely threaten, invade, massacre and plunder the material resources of other nations.

In his White House press conference yesterday, Obama was questioned and urged by senior media reporters and analysts as to why the U.S. so far has not militarily intervened on the side of the opposition to overthrow Qaddafi, Libya’s head of the government. At the head of all world imperialists, President Barack Hossein Obama, for the full satisfaction of warmongers began by saying that the U.S. government has carried out the largest financial assets seizure in history. Furthermore, the Secretary of State Hillary Clinton is planning to meet with the heads of of Libya’s opposition groups on Saturday, today. Meanwhile, the U.S. and European heads of states have imposed full-fledged sanctions, including financial transactions, imports of all industrial and consumer goods. The U.S. State Dept. also sent threatening messages to the senior staff working in the Libyan government and the financial and industrial sectors of the country. Obama asked that no option is off the table and U.S.-NATO is in the process of imposing a No-Fly Zone in strategic locations.

In the aforementioned press conference, at least three well-known reporters impressed upon Obama that the U.S. has a moral obligation to intervene (read invade Libya ) on the side of the anti-Qaddafi forces. At this point it is important to mention that the Libyan anti-government groups innumerably have openly asked the White House and the heads of the NATO Alliance to establish a no-fly zone as a stepping stone for a full-scale invasion of Libya . The Washington Post reported:

Members of a council governing Benghazi, Libya’s second-largest city and the center of the anti-Qaddafi movement, said the issue has taken on increasing urgency amid a realization that the rebels cannot match the weaponry and firepower of the Qaddafi loyalists and that, without foreign help, (again read invasion) the stalemate may never end. “We want logistical foreign intervention, air embargoes, bombardments of air bases, communication centers and supervision of the coasts,” said Muftah Queidir, a lawyer close to Benghazi’s governing coalition. So much for the patriotism of the opposition and their empathy for Libya’s independence!

Brian Becker, Editor of Liberation Newspaper of the Party of Liberation and Socialism and organizer of the ANSWER Coalition in Washington, DC presented the following analysis in a March 9th online article:

“The Libyan people generally have a high anti-colonial consciousness and are undoubtedly opposed to U.S./NATO intervention. But under the circumstances of mass upheaval and armed struggle, the orientation of the leadership is central.

Leaders of the opposition National Libyan Council (also calling themselves the National Transition Council), while having initially opposed foreign intervention, are repeatedly calling for both economic sanctions and military action by the US and NATO countries.

“We will complete our victory when we are afforded a no-fly zone,” Hafiz Ghoga, spokesman for the rebel National Libyan Council, said in the rebel base of Benghazi, according to Reuters, March 9.” http://www.pslweb.org/liberationnews/news/us-progressives-must-tell.html

Among the political class in the U.S., many pundits inside and outside of the system are of the opinion that peacefully or otherwise, the Libyan leader Moammar Qaddafi must be brought down from the seat of power, like late President Hosni Mubarak, for the following reasons:

2. He has made the top positions of the country’s leadership hereditary, passing powers to his sons and family members;

3. He has denied the Libyan people the right to freedom and representation in the governmental structures; and finally;

4. He has used the oil revenues like his own personal wealth and not for the development of the economy and well-being of the Libyan Arab Jamahiriya.

I fully agree with the first contention that Qaddafi deliberately and callously remained in the highest office in Libya for too long and in those years should have helped build a formal representative system, albeit a bourgeois and at the service of the privileged classes. But again in the U.S., the oldest capitalist democracy in the world, two families, Bushies and the Clintonites have occupied the presidential office for at least 24 years and the seats in the Senate and House of Representatives have practically become hereditary. From those who have objection to Qaddafi’s long rule, I would ask how many times they have tried to oust the senators and congresspersons who enter the highest offices riding on million-dollar checks of the private financial corporations?

As you may know by now, the cost of two candidates running for the presidential election of 2012 is estimated at more than $2 billion. Under this so-called representative method, the financial institutions such as Bank of America Corporation, J.P. Morgan Chase & Co., Citigroup Inc., Wells Fargo & company, Goldman Sachs Group, Inc., and Morgan Stanley and, not to mention, the military industrial complex will decide who the next president will be. For your information the following senators: Daniel Inouye (D), Patrick Leahy (D), Richard Lugar (R), Orrin Hatch (R), Max Baucus (D), Thad Cochran (R), and Chuck Grassely (R), have been in the U.S. Senate more than 30 years and less than 49 years. Some of us may be comfortable with this method of representation.

However, as to the last two points, namely that Qaddafi has embezzled the national treasure and neglected the people’s well-being, I present my argumentation with the following statistical data provided by Earth Trends, Country Profiles. As to Libya’s total oil production and export revenue, the International Energy Agency (IEA), a western watchdog reported on March 4 to the Financial Times (FT) of London that Libyan oil production was “about 1.58 mb/d before the crisis started.” Knowing that Libya exported about less than 1 million b/d at last years average price of $80.00 per barrel, the revenue prior to the cost of production amounts to less than $28 billion.

Given the fact that in most of the developing countries the system of tax collection is not in place, and fiercely resisted by the business sector, the oil revenue serves as a source for the country’s annual budget that facilitates road construction, water desalination, electricity production, refinement of oil, subsidized fuel, food and transportation, not to mention free education, healthcare and housing.

For a moment, let us shed a glance at the health indicators of Libya:

Between the years of 1980 and 2000, the life expectancy in Libya has increased by 20 years, which happened not by chance.

1 Above information can be found at: http://earthtrends.wri.org under Country Profiles for Libyan Arab Jamahiriya

Since the advent of upheavals in Tunisia on Dec. 17, 2010, and later on in Egypt, Bahrain, Yemen, Jordan and now Saudi Arabia, some sympathizers of Iran’s reform movement have frequently asked the American Iranian Friendship Committee activists, “If they support the uprisings in the Arab countries, why don’t they support and encourage the “Green Movement” for the overthrow of the Islamic Republic of Iran regime?” The short answer to the question is that Iran has already had its revolution, even more profound, against foreign domination and the parasitic class that imperialism used as its base in Iran . Therefore, Iran’s economy and its political system are free from foreign domination, while Saudi Arabia, Bahrain, Yemen, Jordan and even Egypt have been used in the last 40 years by the U.S. and its European allies as a source of fuel, a market for armaments and as leverage for advancing its geopolitical ambitions in Central Asia .

Secondly, Egypt as an example has 79 million population with a Gross Domestic Product (GDP) of $468.7 billion based on Purchasing Power Parity (PPP) in 2009. On this basis the per capita income of an Egyptian is $5,933 per year. While Iran, with a population of 76.923 million, two million less than Egypt, has a GDP amounting to $826 billion or 76% more than that of Egypt . The per capita of Iran is about $12,000. which is more than double that of Egypt .

In Egypt when the uprising took the cover off the political system, one could see that the military, along with a hollow political party, were the entire bases of the governance. According to a publication by the Rand Corporation, a project intended for the U.S. Air Force in its annual strategic planning affairs, “ Iran is a country that has experienced an Islamic Revolution, yet has institutionalized many democratic principles.” Although the ultimate power remains in the hands of the clerical elite, the citizens of Iran elect members of the Parliament, the president and other officials, including local governments throughout the country. Citizens also elect the members of the Assembly of Experts, which selects the Supreme Leader. Elections are held regularly and spur the participation of the majority of eligible voters. The structure of the government is composed of the Supreme Leader, Assembly of Experts, the Guardian Council, the Expediency Council, the Judiciary, the President’s office, the Parliament called “Majlis” the military and the Supreme National Security Council.

As we see, the economy of Iran is much stronger than that of Egypt and its political system is multi-layered. For these reasons it has a greater degree of tolerance and support of the working class and farmers, as evidenced by the voting in the most recent Tenth Presidential Election.

So long as Iran continues to chart its current course of independence from the dictates of world imperialist powers, headed by the USA, it will safeguard the gains of the Revolution, and Iran will find a place among the progressive, independent nations.

Ardeshir Ommani is an Iranian-born writer, political economist and president of the American Iranian Friendship Committee (AIFC) www.iranaifc.com in the USA . He has two Masters Degrees in the fields of Political Economy and Mathematics Education, and was a Doctoral Candidate in Economics at the New School For Social Research. He has written tens of articles documenting U.S. foreign policy toward Iran, and translated a number of books and articles into Farsi (Persian) language, which have been published inside Iran . He can be reached at: [email protected]