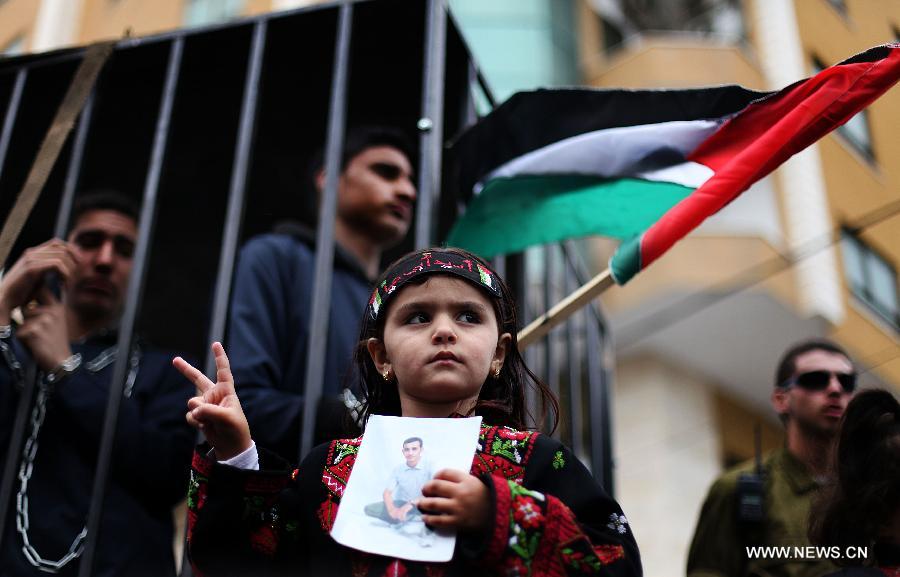 Eyewitness Report: Palestinian Political Prisoners and the Struggle for Liberation‏

More than 5,700 Palestinian political prisoners are illegally held in Israeli jails under atrocious conditions. The prisoners play a central role in the Palestine Liberation Movement.

There will be an eyewitness report back on August 28 by Professor G. Thomas, who spent the month of July in Occupied Palestine, focusing on the situation of Palestinian prisoners.

Richard Becker, author of Palestine, Israel and the U.S. Empire, will speak on the crisis engulfing the Middle East and its relationship to the Palestinian struggle.