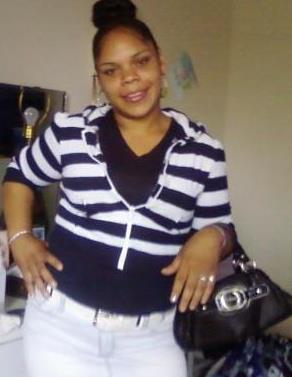 Chuniece Patterson was arrested on a bench warrant Nov. 10, 2009, and taken to the Onondaga County "Justice Center" jail in Syracuse, NY. She died less than 48 hours later.

Sheriff Kevin Walsh lied and said that her death appeared to be due to natural causes. It was later revealed, however, that her death was anything but "natural." Chuniece was the victim of a racist and negligent criminal "justice" system that systematically targets the poor and working class.

Chuniece was pregnant when she was admitted into jail, a fact that was discovered in a routine intake procedure.

The next night, Chuniece began complaining of abdominal pain. Missy Clayton, a jail nurse, visited Chuniece's cell three times during the night between Nov. 11 and Nov. 12, 2009. The nurse never even took Chuniece's temperature, even after she vomited on her cell floor.

Jail deputy Diane Stech repreatedly yelled at Chuniece as she was pleading for help. During her rounds, Stech discovered Chuniece on her cell floor four times. Instead of asking what was wrong, Stech ordered Chuniece to get up. When Chuniece was leaning against the toilet, splashing water onto her face with a plastic cup, Stech barked at her to stop.

All throughout the night, Chuniece and other inmates were begging for the guards to help. Finally, Stech found Chuniece unresponsive in her cell. She had suffered from a ruptured ectopic pregnancy, essentially bleeding to death.

Chuniece was not convicted of any crime. Her bench warrant stemmed from an alleged petty theft--court records claim that she stole two beers from a convenience store and broke a glass counter.

On the two-year anniversary of Chuniece's death, the ANSWER Coalition expresses its deepest solidarity to the family and friends of Chuniece Patterson. We have been honored to struggle by your side for justice, and will continue to do so until real justice is served, for Chuniece and all victims of law enforcement brutality. This means unequivocally denouncing and fighting against all police brutality and prison terror which are daily occurances for poor and working-class people, and communities of color in particular.