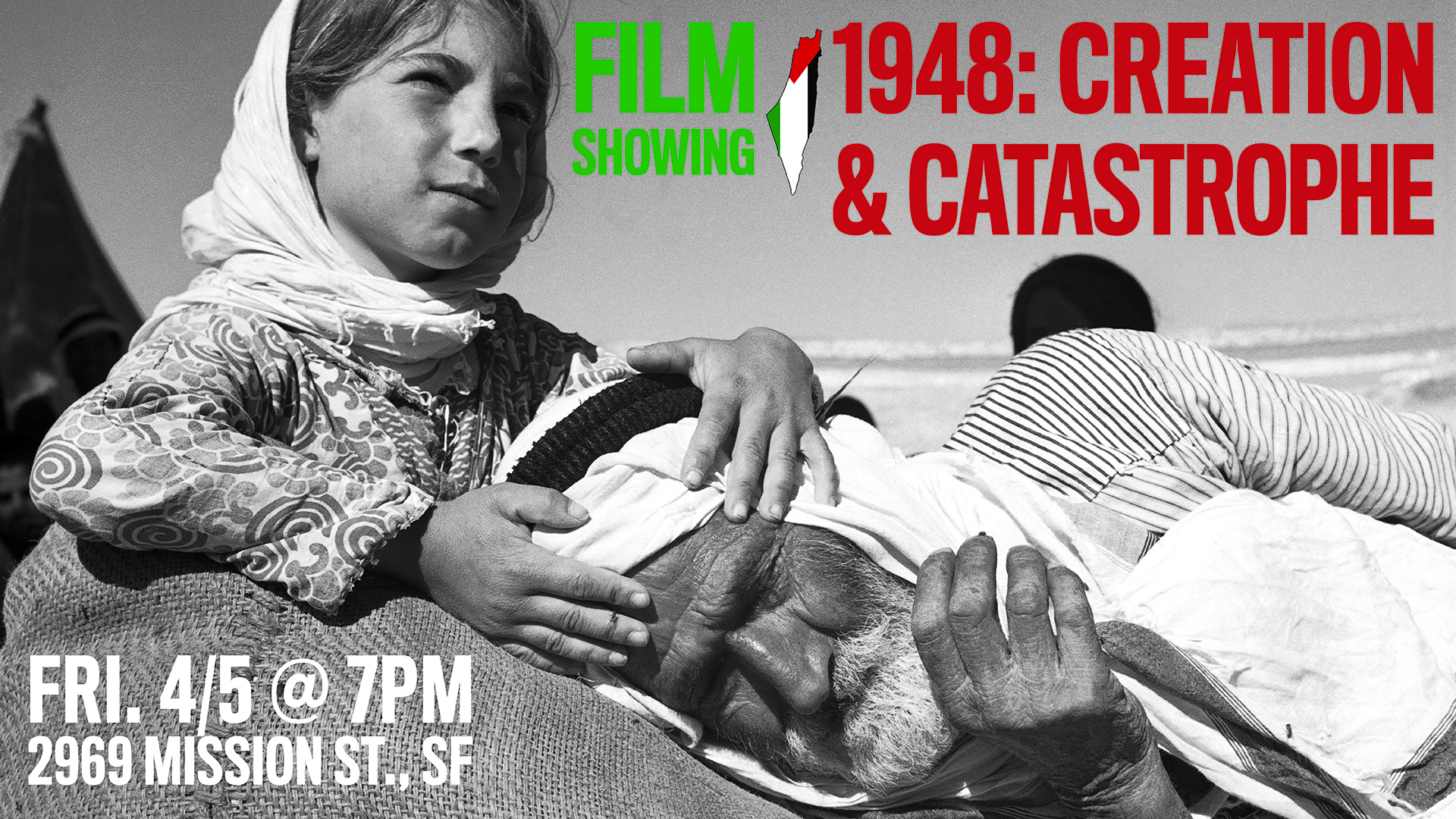 Through riveting and moving personal recollections of both Palestinians and Israelis, the film reveals the shocking events of the most pivotal year in the most controversial conflict in the world. It tells the story of the establishment of Israel as seen through the eyes of the people who lived it. The documentary includes interviews with veterans, refugees, survivors and historians of the war collected in Palestine, Israel, Jordan, Lebanon, the UK, Canada and the U.S. Those who lived through the war are the centerpiece of the story, but respected historians, including Charles D. Smith, Avi Shlaim, Nur Masalha, Ilan Pappe, Rashid Khalidi and Sharif Kanaaneh, provide context for the events. (2017, 85 min.)