Free Marissa Alexander - Drop all charges now! Sign the petition and get involved 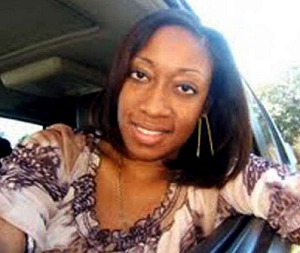 The movement to free Marissa Alexander and demand that all charges against her be dropped is growing! Now is the time to intensify our efforts spreading the word about Marissa's case and demanding her freedom.

Despite the fact that the original guilty verdict was overturned, Florida State Attorney Angela Corey is moving ahead with the unjust prosecution of Marissa Alexander. In an outrageous decision, at a hearing on November 13 Judge James Daniel failed to grant Marissa's request to be released on bond. She will now have to remain incarcerated until the conclusion of her new trial, which is scheduled to begin March 31, 2014. Marissa's new trial is taking place in the same venue where she was originally convicted of aggravated assault. She was sentenced, under mandatory minimum sentencing laws, to 20 years in prison in the same state that let George Zimmerman walk free.

There is no crime in defending yourself from abuse. Marissa Alexander acted in self-defense and injured no one. She is a survivor of domestic abuse, and is only imprisoned because of this racist and unjust legal system. Marissa Alexander should not be subjected to a second trial. All charges against her should be dropped immediately.