Gaza ceasefire a victory for the Palestinian resistance 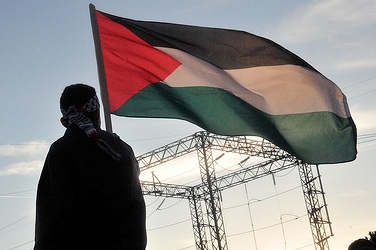 The following article was originally published on countercurrents.org

After more than 50 days of devastating bombings, which lead to the deaths of more than 2,200 Palestinians and with more than 10,000 grievously injured - the question being asked in Israel is - "What did we achieve?"

Thus whilst there are jubilant scenes across the streets of Gaza with hundreds of thousands, with mass victory rallies, cars honking, people singing and shouting slogans of victory and resistance.

Across Israel, the people sit angrily indoors, cursing Netanyahu who promised to destroy the resistance, but has miserably failed to achieve any major strategic objective. Netanyahu's ratings have collapsed from a high of 84% during the course of this aggression, to a precarious 40% and below. The far far right led by Avigdor Liebarman and the fanatical religious extremists are now attacking Netanyahu, who represents these very extremist right wing forces.

The cease-fire said to be "open-ended" was arrived at in Cairo, where according to Palestinian sources the Israelis' have agreed to a partial lifting of the Siege of Gaza and would include increasing the fishing zone, as well as a partial opening of the Rafah border.

The Palestinian and Israeli delegations would meet again in Cairo to continue with the negotiations. Here we would presume that Israel will manufacture various reasons to sabotage and derail the process, which would soon again lead us to a dangerous status quo. This has been the awful track record of Israelis reneging on various UN resolutions and peace accords, all the way from Oslo to the agreements of Gaza arrived at in 2005, 2008-09, 2012 & now again in 2014.

At the end of this aggression, Israel stands bitterly isolated in the international arena of rapidly diminishing support, being reduced to the pariah rogue state. Here, the Obama-U.S. administration too stood exposed even as they kept on arming the Israeli armoury, when the lethal supplies ran low. A U.S. arms embargo could have easily halted the Israeli aggression.

On the other hand, the courageous national resistance centered in Gaza and led by the Hamas, Fatah, Popular Front for the Liberation of Palestine and all patriotic forces, have once again withstood the combined might of the Israeli-US military might and yet stand undefeated. The Israeli military plan of a land invasion was foiled and defeated by the resistance fighters, who despite the asymmetrical nature of the weaponry were better soldiers. Thus Israel has once again faced a military defeat, as has been the case since 2000 when Israel withdrew from Lebanese lands.

Also, the Gazan resistance and the population forced the entire world to demand an end to the Siege of Gaza, as a condition for the cease-fire talks with Israel. Here all the Arab regimes and the U.S.-led Western alliance, that were forcing the Gazan resistance to agree to an unconditional cease-fire, had to back-off and agree to certain principles that needed to be incorporated as part of the cease-fire agreement.

Clearly, the Gazan people were no longer willing to live in the largest open-air prison in the world. Thus, despite the heavy loss of innocent lives, the population was committed to the ending of the siege as a core condition. To this, even a partial Israeli agreement will certainly ameliorate the daily lives and humanitarian conditions of the civilian population.

The first task after the jubilation will be to address the humanitarian disaster, even as Israel attempted to destroy the entire civilian infrastructure of a beleaguered population. Entire neighbourhoods, houses, schools, hospitals, roads, water and electricity supply lines will have to be restored. This even as the population has been subjected to a third war in the last 6 years.

The only victory for Israel is that it can now market the Iron Dome System for having successfully warded off the miserable Gazan rockets. The US and Israeli weapons manufacturers continue to use Gaza as a laboratory for live arms testing.

The crisis has also united the various political forces that represent the Palestinian freedom struggle, and now both the Fatah and Hamas are united in their resistance to Israel. The divisions within the Palestinian ranks had made it even easier for the Israelis to weaken the resistance, whilst using the time-worn excuse - "There is no partner for Peace". Now there certainly are and they have a unified voice and strategy for resistance and negotiations. This is a nightmare situation for any occupier and more so for a globally isolated Israel.