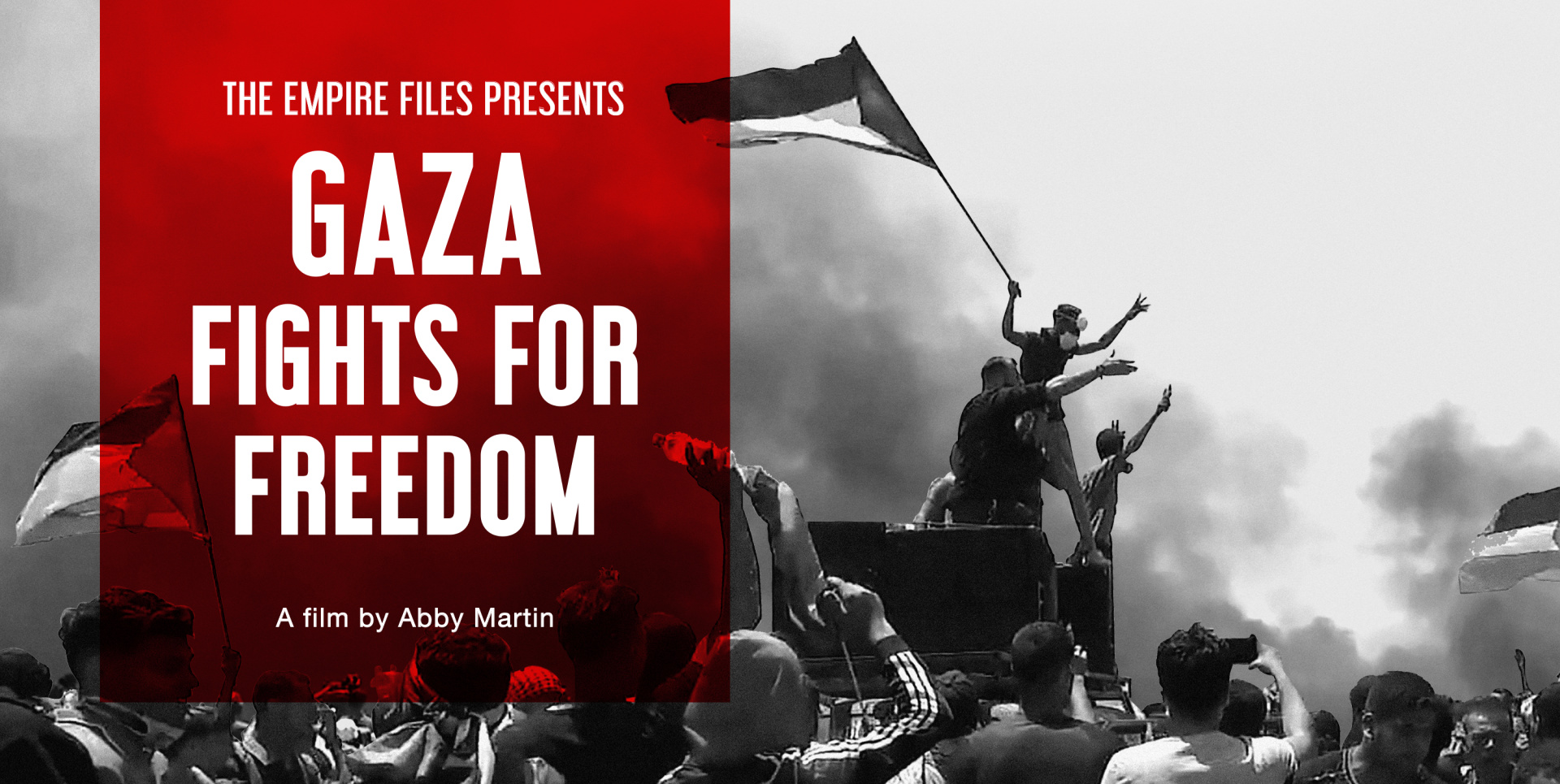 Get tickets for a screening in your city

We are excited to announce The Empire Files & ANSWER Coalition are partnering for a U.S./Canada screening tour for the new feature documentary, "Gaza Fights For Freedom".

Filmmakers Abby Martin and Mike Prysner will be present at most events to introduce the film and hold a Q&A after the screening.

Tickets on sale below!

If you are interested in organizing a screening or watch party in a city that is not listed —or would like to volunteer to build an existing event in your city — click here.

This collaboration between Martin’s The Empire Files and a team of Gaza journalists shows you Gaza and the ongoing Great March of Return protests as you have never seen them before. The imagery and voices of Palestinian resistance illuminates the heroism of the people of Gaza and provides undeniable documentation of Israeli war crimes. It includes exclusive interviews with civilians shot at during the Great March, as well as its lead organizer, and the family and colleagues of beloved slain medic Razan Al-Najjar.

It also shows the untold history that is essential to understanding the situation today but is always ignored by the corporate media. This includes rare archival footage dating back to mass expulsion of Palestinians in 1948 known as the Nakba.

Gaza Fights For Freedom is available to stream online, but nothing can compare to seeing it in theaters, experiencing on the big screen the impressive cinematography and 5.1 Digital Surround Sound. You do not want to miss this opportunity to hear directly from Abby Martin and connect in-person with The Empire Files team!

While many additional tour dates will be announced in the coming weeks, this is an initial list of cities that you can count on hosting a screening with Q&A:

Please consider making a donation to help the film be seen as many places as possible!
Donate to the tour via Patreon and GoFundMe.