What the government shutdown teaches us about the Afghanistan war 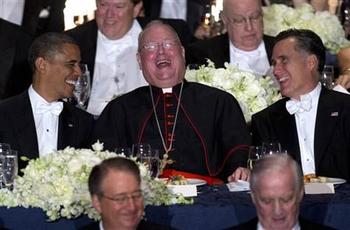 For both Republicans and Democrats, life is good playing political games while service members' lives are used as bargaining chips. 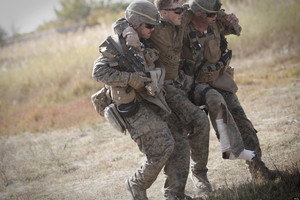 U.S. troops are now dying and losing limbs patrolling areas the generals and politicians know will be abandoned

The author is a former U.S. Army corporal and Iraq war veteran. Follow him on Twitter @MikePrysner

Let’s look at this debate and the shutdown for what it really is, and what the attitudes about the politicians involved teach us about their management of our lives.

For veterans and service members, the government shut down means the closing down of many essential services. The Veterans Benefits Administration will be unable to process education and rehabilitation benefits, which are critical to so many vets being able to pay their bills. The Board of Veterans' Appeals will be unable to hold hearings, extending our already outrageous wait period even longer.

If the shutdown continues, the 3.6 million veterans who receive disability and compensation payments for wounds in service—many of whom completely rely on these paychecks to eat—will not be paid. “Thank you for your service?”

The Republicans, on their quest to attack all social programs, civil rights and social rights, are mad that 50 million people will have access to healthcare who didn’t before. This is their opportunity to rally their base against “big government,” pad their pockets from lobbyist friends and boost their anti-worker election strategy.

The Democratic Party is cool with the shutdown. Instead of fighting the right-wing assault that will affect millions, they’re excited to use this towards their election strategy, too, with new ammunition to paint the Republicans as causing hardship for the “middle class”—so they’re happy to wait it out. No rush for them.

So these Congressmen, who are mostly millionaires and work only around 135 days out of the year, are playing a political chess game and in their rich-guy spat consider our lives fair game to throw on the table. Our lives and the lives of our families are expendable, to enrich the lives and careers of these rich politicians.

These same politicians gush endlessly over loving the troops and veterans, especially when it comes to justifying multi-billion-dollar contracts to defense corporations—like the recent  $1.2 billion (yes, billion) deal to buy 48 missiles for the United Arab Emirates. Seems like our tax money well spent, if you’re a Lockheed Martin CEO or a prince in the UAE. (NPR, Sept. 23, 2013)

At home and abroad, their careers more important than our lives

Now the let’s look at how the politicians take this same attitude in the government shutdown to the war in Afghanistan. We’re about to mark its 12 year anniversary. The vast majority of Americans oppose it. But Congress has no qualms about approving funds to keep that war going endlessly.

Those same politicians know and acknowledge from their classified foreign policy briefings that the war in Afghanistan cannot be won. Just take it from the general who commanded the war (and the CIA), David Petraeus, when he thought nobody was listening: "You have to recognize also that I don't think you win this war. ... This is the kind of fight we're in for our lives and probably our kids' lives."

They tell us we’re fighting and dying and killing to keep the Taliban from coming back to power. But that isn’t actually true. The U.S. is negotiating with the Taliban behind the scenes and begging them to join a national unity government (i.e., putting them in power).

But they also  know and acknowledge that the Taliban, bolstered by a national, multi-dimensional resistance movement against the U.S./NATO occupation, doesn’t really care about the offers that include bowing to the U.S. military, because they’re committed to a long war and know, like the U.S. commanders, that they’ve created a no-win situation for the U.S. military effort.

The people of the United States do not support this ridiculous exercise and the politicians also know that the United States must withdraw from Afghanistan. But they don’t want to do it right away because none of them want to take responsibility for telling the truth and saying that the war is lost and that we need to leave immediately.

Neither the politicians nor the generals want to even suggest that they would tarnish the image of the U.S. military as the most invincible, powerful force ever known. They use that a lot, in their dealings with many other countries, as we know.

So they keep us there. They “end” the war in a “phased withdrawal” that lasts several years. That way they can maintain the myth that the United States is not retreating from the battlefield without “victory.” We die and get badly wounded just so they can save face. What makes this even more disgusting is that these politicians are mostly privileged millionaires who, except in the rarest case, never see their children go to war or served themselves.

In the meantime, they get bought dinner at 5-star steakhouses with their defense contractor friends, going home to their families in big homes, with no worries about putting their rich-man's-club career in jeopardy. At that same time, we do something very different.

We kill the time losing legs on pointless patrols through fields we know will return to the hands of the people resisting in them; we spend the time getting blown apart by rockets in outposts we know will close down when it is politically convenient for those rich politicians.

While the generals and politicians order us to retreat in slow motion, to protect their image and the endless flow of cash to the defense industry, countless lives and limbs are sacrificed.

Like their current posturing match, they are also playing a political chess game in Afghanistan, in which our lives are expendable to suit theirs.

The government shutdown charade and the saving-face strategy in Afghanistan are both examples of how our “leaders” are incapable of managing our lives, and why we shouldn’t follow their ridiculous orders.

Click here to learn about the movement of veterans and service members advocating for the right to refuse to fight in Afghanistan.