Your tax-deductible donation will be doubled up to $6,000

March Forward! is veterans and active-duty soldiers' organization affiliated with the ANSWER Coalition. 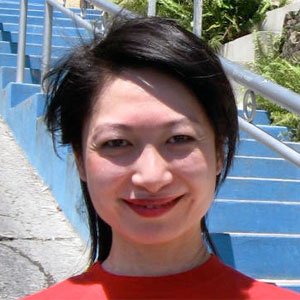 Working hand in hand with the ANSWER Coalition, March Forward! has given a voice to active-duty service members, veterans and military families, while standing in solidarity with those who are resisting U.S. war and occupation abroad.

Right now, your support toward the anti-war movement is worth twice as much. Thanks to a generous gift by anti-war activist Judi Cheng, your tax-deductible donation will be doubled up to $6,000.

Judi is prepared to match every one of your donations using the money she received as part of an award from a decade-long lawsuit filed by the Partnership for Civil Justice Fund on behalf of herself and nearly 700 others who were illegally arrested on April 15, 2000, and then held in brutal and harsh conditions for exercising their free speech rights in a protest against the IMF. Last year, she donated the first check of her settlement award to make an $11,000 matching donation, and encouraged other class action lawsuit plaintiffs to do the same.

We’ve now had 10 years of continuous wars—and 10 years of steadfast opposition to them. Over the past decade, U.S. military veterans, young and old, have been at the forefront of the struggle against the crimes of the U.S. government, giving a powerful and indispensable voice to our movement.

Not too long ago, a group of veterans and active-duty GIs formed the organization March Forward! to continue to build a fighting movement of veterans and GIs against the U.S. government’s destructive foreign policy, inequality here at home, and the myriad of issues facing veterans and service members.

Our work is moving to the next stage. With your support, we will open the March Forward! National Veterans Center in the beginning of 2012, and fund a full-time staff and national office for March Forward!

The March Forward! National Veterans Center will be headquartered in Los Angeles, where March Forward! members already actively organize in the struggle against U.S. wars of aggression and around issues affecting veterans, active-duty service members and military families.

What will this desperately needed National Veterans Center do?

March Forward! relies exclusively on your generous donations to do this work. Please make an urgently needed tax-deductible donation to help us launch the March Forward! National Veterans Center as 2012 begins.

In just two years of existence, we have been able to accomplish huge tasks, from building mass anti-war demonstrations led by veterans and GIs, to inspiring and assisting conscientious objectors within the ranks of the military, to breaking national stories about the suicide epidemic.

But over these two years of great work, we have been severely limited by our funding. We have done so much with very little. We want to take March Forward! to the next level, and vastly increase our work and capabilities. This begins with establishing a national headquarters to serve as a center for activity and organization.

This will only be possible with your financial support. Please donate today to make the March Forward! National Veterans Center a reality.

Spread the word about this exciting initiative!