The Black Lives Matter Movement has changed this country. A mass movement led by young people has captured the imagination and energy of millions, and turned racist police brutality and murder into one of the biggest political issues in America. At the ANSWER Coalition, we are proud that our organizers have been at the forefront of this movement all across the country. This movement is continuing to grow dynamically and this summer, there will be a national convening of Black Lives Matter activists from around the country to discuss steps forward for the movement.

We want ANSWER to be present not only to participate but to provide unique insights into connecting the wars at home and abroad, and to share the depth and breadth of our experience from organizing and fighting in the streets for over a decade.

If we are going to do this, we need your help! Below you will find some short bios of the team of activists and organizers we would like to send. Reading these, you’ll see not only a snapshot of how active we’ve been in movements for social change, but the transformative impact these experiences could have when shared. Once you take a look at our team, we know you will donate. Help us raise the funds necessary to get them there! 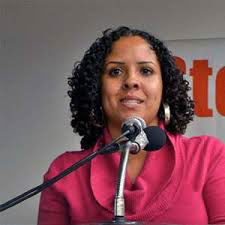 Peta Lindsay
Peta Lindsay has been an activist since her high school days in the early 2000s. Peta is a graduate of Howard University and now lives in Los Angeles where she is a public school teacher. She has led countless demonstrations across the country against wars, racism, budget cuts, tuition hikes, police brutality and anti-LGBTQ bigotry, and in support of immigrant rights, women's rights and the Palestinian people’s right to self-determination. A tireless advocate, Peta has also represented the U.S. anti-war movement at important conferences in Europe, Asia, and Latin America. 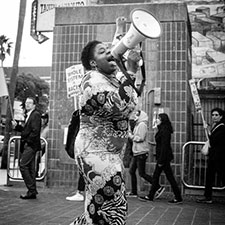 Kerbie Joseph
Kerbie Joseph is a first generation Haitian woman from Brooklyn, N.Y., and a proud member of WORD (Women Organized to Resist and Defend). Kerbie has helped to organize and lead the Stop the Cops unity march from the Bronx to Harlem, an initiative of the ANSWER Coalition to stand in solidarity with Trayvon Martin, Ramarley Graham and all police brutality victims. Kerbie is a lead organizer in the Justice for Akai Gurley Family campaign, and spoke at Yale University about women and the prison-industrial complex. 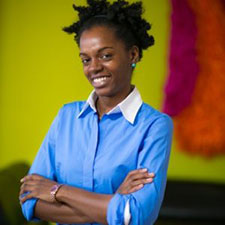 Caneisha Mills
Caneisha Mills has been an activist since her time as a student at Howard University and is currently a public school teacher in the District of Columbia Public Schools. Caneisha has helped to lead a number of demonstrations around issues as varied as police brutality and the defense of public education. While at Howard University, Caneisha helped to lead a demonstration of 2,000 people on campus against the destructive policies of the Bush administration. 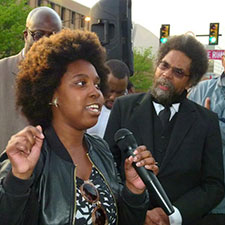 Kashara White
Kashara White is from North Philadelphia and currently attends Temple University, where she has been involved in the struggles against police brutality, mass incarceration, gentrification, and the fight to save Black Studies. Of her involvement in these struggles, Kashara says, "As a Black woman in the United States, it almost seems obvious why these issues have been important to me; however, it is my belief that the fight for Black liberation is a human project, and essential to the struggle against American imperialism and modern capitalism." 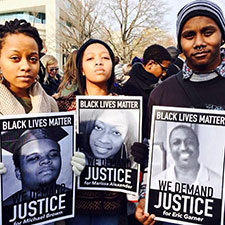 Malcolm Williams
Malcolm Williams is a sophomore double-majoring in anthropology and journalism at Penn State. Currently the student director of diversity affairs at his campus, Malcolm has always had an interest in social justice. He has worked with several groups in the Pittsburgh area, including the Gay, Lesbian & Straight Education Network (GLSEN) and the Pittsburgh Black Caucus.

Eugene Puryear
Eugene Puryear is a Washington, D.C.-based activist. As a high school student in Charlottesville, Va, Eugene organized a walkout when the war in Iraq began in 2003. Upon arriving in D.C. in 2004, Eugene immediately joined the anti-war movement, helping to organize the large-scale demonstrations that took place against the continuing U.S. war and occupation of Iraq and Afghanistan. He was a key organizer of the first demonstration outside Jena for the Jena Six in 2007, was a founder of the Jobs Not Jails coalition and DCFerguson Movement in Washington D.C., and is the author of the book Shackled and Chained: Mass Incarceration in Capitalist America.

Andrew Nance
Andrew Nance, 21, is an ANSWER organizer in South LA. For the last five years, he has been a central organizer of actions and events against racism and police brutality, including mass marches for Trayvon Martin and several victims of police violence in Southern California.