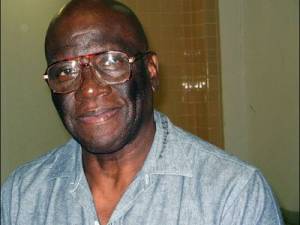 Herman Wallace of the Angola 3 died in his sleep Oct. 4, surrounded by family and friends in New Orleans, La. He died at the age of 71 from complications of liver cancer. According to his legal counsel, among his last words were these: “I am free, I am free.”

Wallace was framed for the stabbing of a prison guard as retaliation from the racist Louisiana prison system for his organizing for desegregation in the prison, for better conditions, and against rape and violence. He, along with Robert King Wilkerson and Albert Woodfox, organized strikes and sit-ins in Angola State Penitentiary, the largest maximum security prison in the United States. The three former members of the Black Panther Party were known worldwide as the Angola 3.

For his unwavering conviction to fight against mass incarceration and for prisoners' rights, Wallace spent the next four decades in cruel and inhumane conditions of solitary confinement—locked up in a 9” x 6” cell for 23 hours a day. Wallace called for an end of long-term solitary confinement for all prisoners and led a life of service assisting other inmates to learn to read and write, attain GEDs and prepare legal briefs.

His release was ordered by a federal judge on Oct. 1 citing the systematic exclusion of women from the grand jury that indicted him.

In less than 24 hours after Wallace had been released to the care of a long-time friend, the racist Louisiana court system convened another grand jury to re-indict Wallace on the murder charge.

Herman Wallace would have turned 72 on Oct. 13. He was the fourth of eight children born to Edna Clark Williams in New Orleans. Wallace is survived by his longtime partner, Maria Hinds, and five sisters: Victory Wallace, Lorraine Anderson, Barbara Marshall, Justina Williams and Darlene Williams. Herman Wallace is an inspiration to many generations of revolutionary fighters, particularly those who have come to understand the role of mass-incarceration and the prison-industrial complex as a method to maintain the rule of the capitalist class.

Albert Woodfox of the Angola 3 remains incarcerated in solitary confinement at David Wade Correctional Center in Louisiana. Robert King Wilkerson was released after pleading to a lesser charge in 2001.