June 28, 5:30pm - Film Premiere on Anniversary of Coup in Honduras "Resistencia: The Fight for the Aguan Valley" 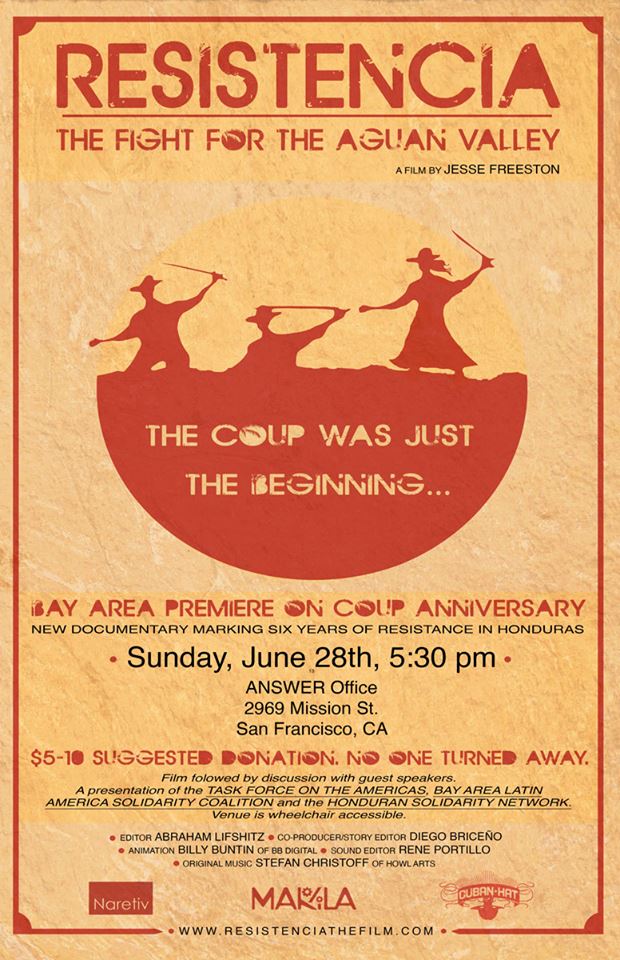 On June 28, the Honduran people mark the end of their 6th year since the coup d'état began. This brand new documentary begins with the coup and then follows the farmers of the Aguan Valley as they take control of some of the most fertile land in Central America.

$5-10 Suggested Donation. No one will be turned away.

Venue is wheelchair accessible. Film will be followed by a discussion with local Honduran activists and solidarity activists with experience in the Aguan Valley.

This presentation is brought to you by the Task Force on the Americas, Bay Area Latin America Solidarity Coalition (BALASC) and the Honduras Solidarity Network.

The ANSWER Coalition is a member organization of BALASC.