The ANSWER Coalition encourages it supporters to assist this important campaign initiated by activists in New York, including the Justice Center en El Barrio.

UPDATE 10/26/18: This important campaign is wrapping up in a week. Please lend your support today! The goods and aid will be delivered soon. 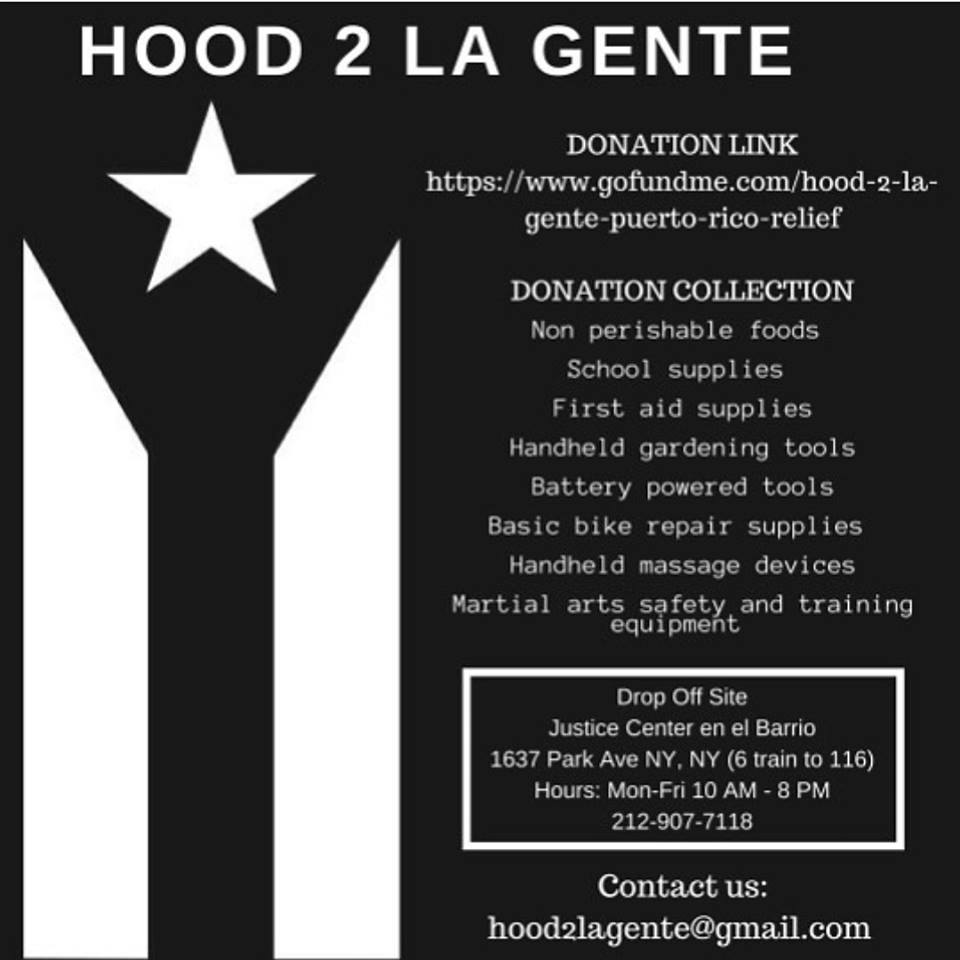 Almost a year after Hurricane Maria, the nation of Puerto Rico is still in a massive crisis. Puerto Rico has a higher poverty rate than any state in the U.S.. Poverty has increased from 44 percent to 52 percent after the hurricane. Suicide rates have doubled. It is expected that Puerto Rico will lose close to a half million people by next year, resulting in "brain drain," which means leaving the island without doctors, nurses, teachers, scientists, and other trained professionals.

Most of the island still remains with little to no electricity. Majority of electric grid repairs have taken place in San Juan and other tourist-y areas, while small cities and the countryside have been neglected. Many municipalities still do not have any electricity.

We must understand that the crisis in Puerto Rico began long before Hurricane Maria hit. The people of Puerto Rico have resisted centuries of colonization, first by the Spanish, and now by the empire of the United States .

Thousands of schools, hospitals, and businesses across the archipelago have shut down as a result of the government's harsh austerity measures. The PROMESA bill, signed into law by President Obama, has gutted welfare, public education, social security funding, and other necessities for poor and working class people in Puerto Rico. PROMESA created a fiscal board made up of millionaires to oversee the Puerto Rican economy.

The privatization of public goods is steadily increasing while Americans corporations are buying up land to make millions off the archipelago's natural resources . Wall Street lenders are making millions off the debt imposed by the exploitative US government, which has profited of off the land and people of Puerto Rico since it took control of the nation in 1898.

When the government intentionally neglects and actively works to hurt our people for profit, it’s on us to organize and fight for our communities. We understand as working class and oppressed peoples living in America, we are struggling in so many ways under the same system that is hurting the people of Puerto Rico. But when we combine the little bit we’ve got as individuals, we can make a huge impact.

We are launching this campaign to not only bring awareness to the political crisis in Puerto Rico but to support grassroots organizations working to actually serve, not exploit, the people. We know we cannot trust the government or the millionaire non-profits aligned with it to fight for our people. We are excited and honored to be partnering with community-centered organizations including Sol es Vida, el Hormiguero, Luis Llorens Torres projects, Urbe Apie, the Puerto Rico Trans Youth Coalition and el Centro de Apoyo Mutuo de Utuado.

Join us in supporting organizations putting in real work for la gente de Puerto Rico, not for the government and Wall Street. Our goal is to raise at least $2,000 for each organization we are partnering with in Puerto Rico. From the Hood to La Gente, united we stand for Puerto Rico!

For any questions or concerns, please contact us at [email protected].