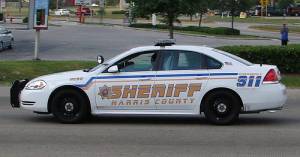 The year 2013 saw extreme police brutality, and a Texas case hitting the media Dec. 30 is a tragic reminder of the level of violence law enforcement is permitted to unleash on people under an oppressive system.

According to the Houston Chronicle, Jared White filed a lawsuit Dec. 23, alleging that Harris County Sheriff's Department and Harris County Constable's deputies shot him with a taser earlier in the year. Officers were called to check on White after he was seen walking in the middle of a road. However, the deputies reportedly became aggressive.

The suit, filed in U.S. District Court in Houston, notes police initially expressed concern about his emotional or medical state. Officers thereafter treated White as noncompliant. He was hogtied and endured multiple taser strikes at the hands of cops.

According to the filing, deputies videotaped White falling face-first onto the pavement, hands handcuffed behind his back, as he was shocked. The lawsuit states the officers laughed while White fell.

Houston-area law enforcement has been the subject of much attention. The Texas Observer recently reported on the number of violent attacks by police that go unpunished. In 2011, the Chronicle reported, "In a review of Sheriff's Office reports of taser usage, deputies appear to be not following national guidelines or product warnings in three key areas: stunning suspects in the chest, using tasers against people who aren't physically resisting and stunning subjects multiple times."

As people have come to expect, no officers have yet been charged.