How Saudi efforts to provoke war were stopped and Lebanon united

The following article by Joyce Chediac was published on Nov. 20, 2017, and is based on an interview with Jana Nakhal, a leader in the Lebanese Communist Party. 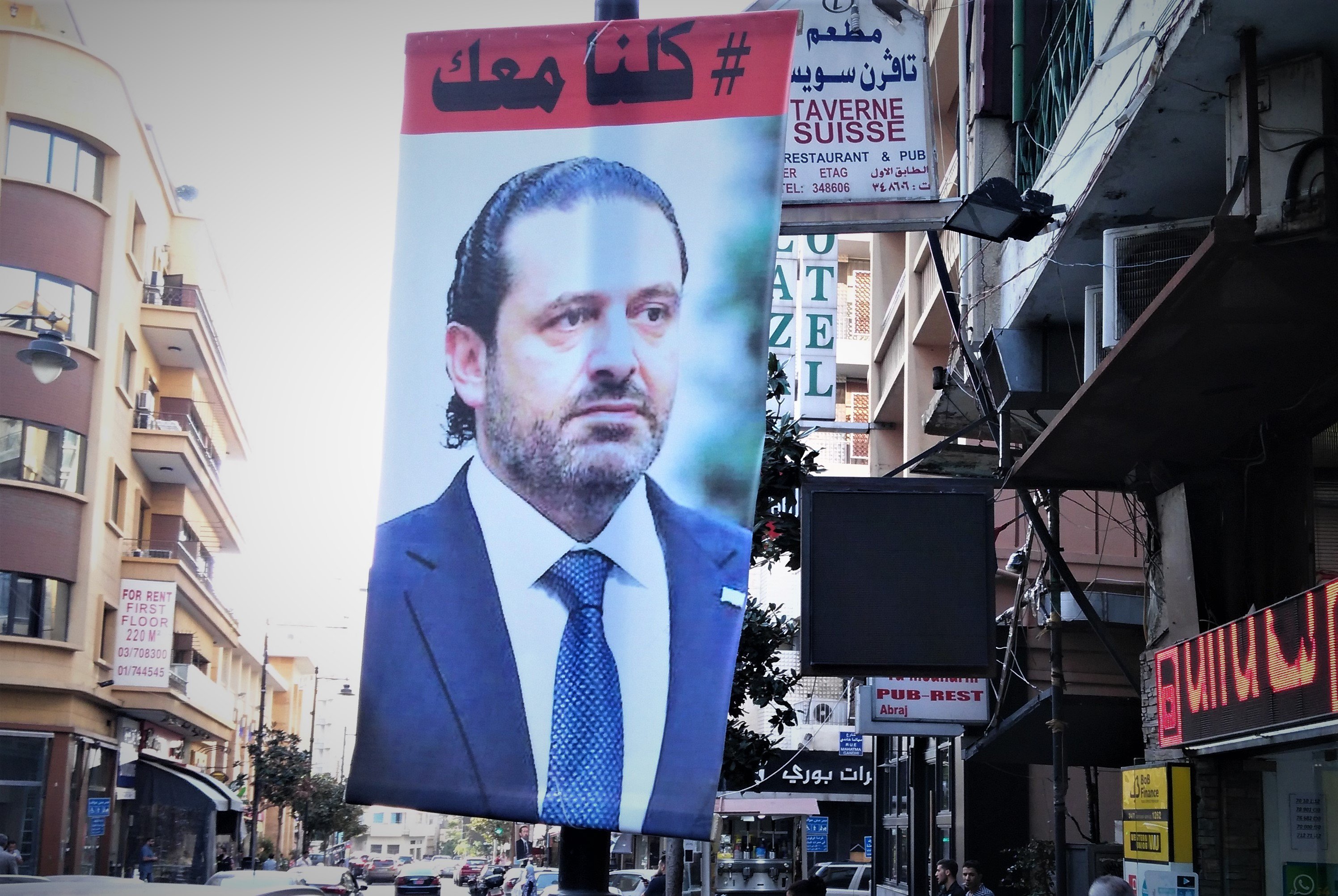 BEIRUT. Pictures of Lebanese Prime Minister Saad Hariri line the streets in every neighborhood of this city. The large somber portraits bear the Arabic hashtag “All of us are with you.”

Just last week, Saad Hariri’s shocking, Saudi-prompted resignation as Lebanon’s prime minister and verbal assault on Hezbollah and Iran set the stage for internal strife, and gave Israel a pretext to attack. This week, all of Lebanon has united to defend Lebanese sovereignty, see Hariri as held captive by a foreign power, and are demanding his return from Saudi Arabia.

What changed, and why?

“When Hariri resigned as Lebanese PM from Saudi Arabia on Nov. 4, everyone was shocked, she said. “Anything was possible—a [Israeli] bombing, assassinations,” she said. “Everyone was worried that Lebanon would become the center of an international confrontation.”

Lebanon’s unwieldy political system is easily destabilized. Put together by the French colonizers in 1925, it mandates that government posts, and parliamentary apportionment, be based upon the country’s different religious groupings. Hariri has represented the Sunnis, and Aoun the Christians, aligned with Hezbollah, the strongest group in the Shia community.

However, Hezbollah leader Sayyad Hassan Nasrullah and President Michel Aoun, while longtime political opponents of Hariri, supported him against Saudi Arabia, defended Lebanese sovereignty and called for Hariri’s release. Aoun said he would not accept Hariri’s resignation unless the prime minister came back to Lebanon and explained himself. Both Aoun and Nasrullah have pushed for a principled national unity, and the population has rallied around the call.

“Stopping the escalation was the solution. Everyone was relieved,” Nahkal added. There were no internal clashes even though Hariri’s Future Movement, ever ready to blame Hezbollah for anything, would have started them. The crisis, she said, is seen in Lebanon as created by Saudis, and has been turned into a diplomatic problem for Riyadh.

Nakhal emphasized the importance of Lebanese unity to deter Israeli aggression, as fighting among groups has often been used by Israel as a pretext to attack. For example, the entire country rallied around Hezbollah and other resistance fighters when they pushed back the 2006 Israeli invasion of Lebanon. “In 2006, we realized Israel could beat us only from the inside.”

“There will not be an attack now.” Nakhal added, “Israel wants to attack according to its own agenda.”

Some dangers remain. For example, Saudi Arabia still might be able to mount an economic blockade or an economic boycott of Lebanon. This would certainly hurt, since 350,000 Lebanese nationals work in Saudi Arabia and transfer home an average of $4.5 billion a year in much-needed revenue.

Why has Saudi Arabia so blatantly and openly interfered in the internal affairs of Lebanon, to the point where it would turn this tiny nation into a war zone in an attempt to confront Iran?

One of Washington’s key clients in the oil-rich Middle East, Saudi Arabia sees Lebanon not as a sovereign state but as an extension of its own interests. Riyadh has long regarded Hariri, who has dual Saudi-Lebanese citizenship and business interests in the kingdom, as “its man” in Lebanon. The Saudis were angry when Hariri entered into a coalition government with Aoun and Hezbollah last year, even though this was the first government able to bring some stability to Lebanon and to develop a national budget in 13 years.

Recent indications of a warming of relations and political agreement between the Lebanese and Iranian governments angered Riyadh enough to summon Hariri and script his resignation.

Nakhal pointed out that Hariri’s resignation speech, which revives the old “terrorism threat from Iran” line, is the exact opposite of these recent statements. One doesn’t meet with an Iranian one day, and the next day demand to “cut off Iran’s hand” in Lebanon.

Hariri changed his tone again in a Nov. 12 interview, she added. He was more conciliatory towards Lebanese opponents, and pointedly focused on Hezbollah’s assistance in Yemen as the “main problem.” This seems a revision of the Saudi line. The interview from Saudi Arabia was with Future TV, the channel of Hariri’s own political party. His claims that he was not a captive seemed so implausible that Lebanese TV stopped airing the interview.

Most recently, Hariri has said he will return to Lebanon on that country’s Independence Day, Nov. 22.

Role of Hezbollah, Lebanese CP in the resistance

The U.S. government waged its own campaign against Hezbollah as “terrorist.” Nahdal countered with a more accurate description. Hezbollah, she said, “is a component of the Lebanese community and political scene. Whenever there is an attack on Lebanon, they are the resistance.”

The Lebanese Communist party has armed contingents, and is also part of that resistance. It fought to protect the Palestinian people in Lebanon during the 1975-90 Lebanese Civil War. Their members fought along side Hezbollah’s militia to liberate southern Lebanon from 18 years of Israeli occupation in 2000, and again to successfully repel an Israeli invasion in 2006, she explained.

Most recently the Lebanese CP fought in coordination with Hezbollah and the Lebanese Army to liberate from al Nura and al Qaida 120 kilometers of Lebanese soil on the Syrian border. The combined Lebanese forces were successful in May, restoring this land to Christian and Sunni villages after a four year occupation.

The war in Syria, she said, has destroyed the economy and life style of farmers and bedouin who used to cross Lebanon’s long border with Syria to sell their produce in Syria. That border has been closed due to the fighting in Syria.

Additionally, Lebanon, with a population of 4 to 5 million, has more than a million Syrian refugees. “The main problem is that the Lebanese government washes its hands of them and won’t allow them refugee status, because it would then have to support them and give them asylum.” Syrian refugees are categorized as “temporarily displaced individuals.”

Aid to Syrian refugees is monopolized by UN agencies and distributed in a way that reinforces dependency, she said. Many Syrian children in Lebanon aren’t going to school and can’t read and write.

There is also a tendency, she said, to see all Arab problems as coming from refugees. This view is not independent of class. Nobody says they are annoyed by rich Syrians. This is totally related to Lebanon’s sectarian political system, she added. This system “masks class relations.” For example, “The Shiia are the urban poor and poor farmers.”

The Lebanese Communist Party does not follow the sectarian pattern of defining people primarily by their religious communities. Its members and leaders come from all ethnic and religious groups in Lebanon. “We say that [the sectarian] form of government is unsustainable,” Nakhal said. “It provides few services to the rural and urban poor. There is no education in some regions.”