Resistance is growing as the U.S. government's war on immigrants steps up. The recent deaths of Roxsana Hernández and Claudia Gómez González at the hands of Border Patrol and ICE caused outrage across the country.

Below are reports from several actions held to denounce their killings. 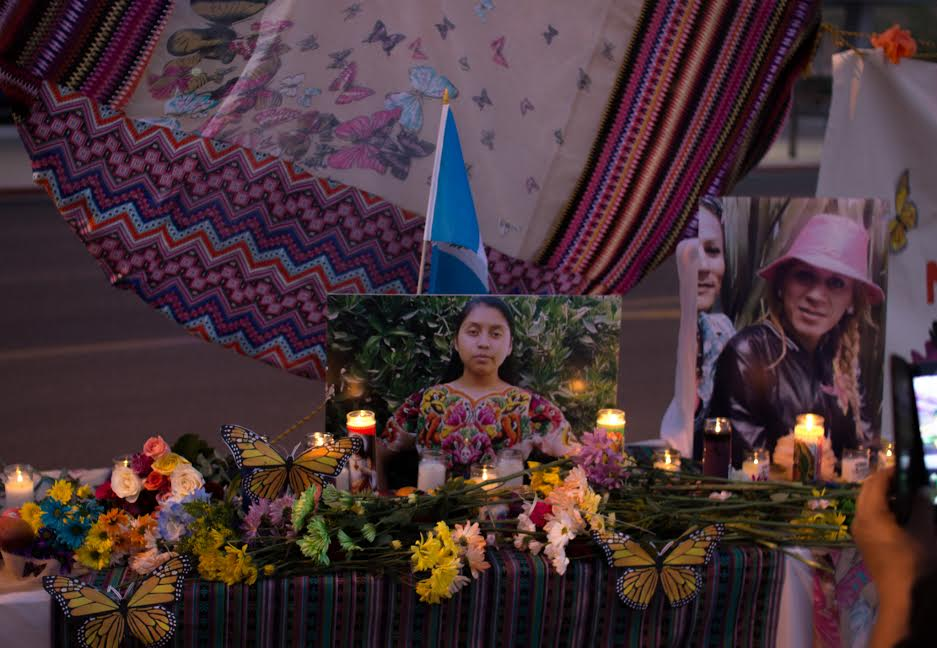 On June 6, residents of Phoenix gathered at events around the valley to mourn the loss of two women immigrants at the hands of ICE.

Dozens of activists lit candles and brought flowers to put at altars for Roxsana Hernández, age 33, and Claudia Gómez González, age 19. Hernández died in ICE custody from complications caused by pneumonia. She was held for five days in custody after she crossed the border. Representatives from Trans Queer Pueblo, a Phoenix-based activist group that focuses on aiding undocumented transgender and queer people, notes that ICE will frequently hold detainees in unsafe and inhumane conditions, including in freezer rooms. A press release from Trans Queer Pueblo notes, “the death of Roxsana Hernández is a brutal reminder that transgender women migrants are among the most targeted and the most vulnerable to the deadly practices of the immigration enforcement agencies. 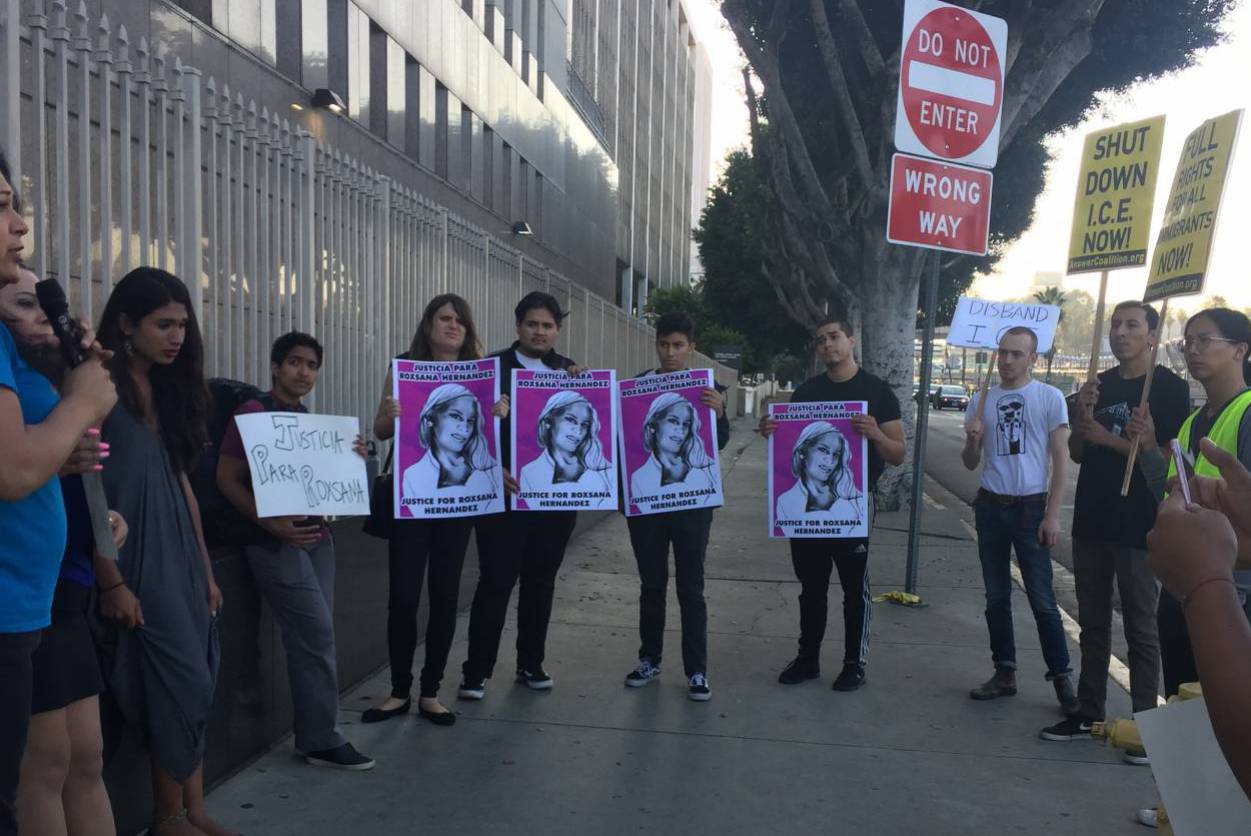 On June 6, organizers and activists rallied in front of the Metropolitan Detention Center in Downtown Los Angeles in remembrance of Roxsana Hernández, a Honduran trans woman who died at the hands of Customs and Border Patrol and Immigration and Customs Enforcement in detention in late May. Parallel actions demanding #JusticeforRoxsana took place in Sacramento, San Francisco, New York, Philadelphia, Phoenix, Albuquerque, Atlanta, Houston, Phoenix, Tucson, Oregon, Mexico City, and Tijuana on the same day. The transnational demonstrations were organized largely by Familia: Trans Queer Liberation Movement, an organization that has gained recognition both for staging militant actions and for building bridges between different parts of the immigrant community.

On May 9, when Hernández arrived in the U.S. and asked for asylum, CBP detained her in inhumane conditions. International and domestic human rights organizations have reported pervasive sexual and physical violence, restricted access to life-saving medical care and other dehumanizing treatment in such immigration detention centers. On the May 16, Roxsana was transferred to the ICE Cibola County Correctional Center, and she passed away on May 25 due to the violently negligent treatment she received from both CBP and ICE. 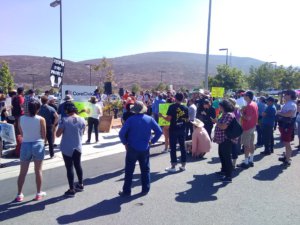 On June 10 organizers held a rally at the privately operated immigration prison in Otay Mesa, California. The prison, holding nearly one thousand refugees, is operated by CoreCivic Inc, a billion dollar private corporation with its headquarters in Tennessee. It has operated the site since 2015, predating the Trump administration. Detainees work six hour days for only $1.60 per day, and face retaliation from guards and judges for not working

Organizers from Pueblo Sin Fronteras, Immigrant Youth Coalition, and Cosecha Los Angeles set up the event at the behest of 37 detainees currently held in the facility. The event was supported by organizations such as the American Indian Movement, the Party for Socialism and Liberation, Union del Barrio and many other community organizations. 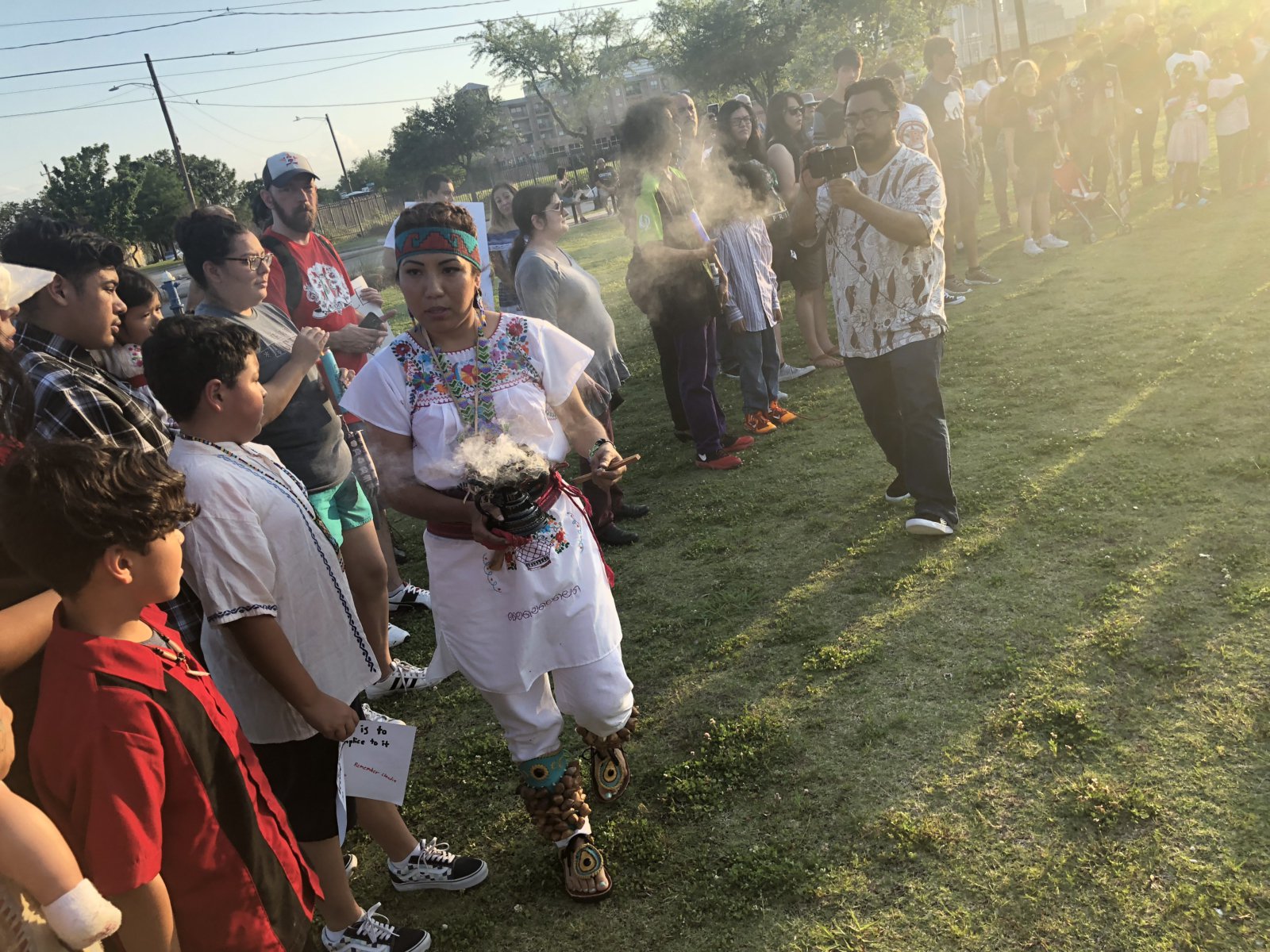 On May 27 a candlelight vigil was held in honor of Claudia Patricia Gómez González, a Guatemalan forensic accounting trainee who was emigrating to the United States with hopes of furthering her education when a Customs and Border Protection agent shot her in the head. Unarmed and full of life, Gómez González’s killing is a painfully common one. Since 2003, CBP has killed a minimum of 97 unarmed migrants, mostly by gunshot, at least six of whom have been children.

The vigil gathered in Guadalupe Plaza Park, where ceremonial Aztec dances and songs were performed by the local group Danza Azteca Taxcayolotl in memory of Claudia Patricia Gómez González. There were also many passionate speeches given, such as the one by Houston Brown Beret Jennifer Victrola, who read an original poem ending with “We are screaming. We are crying. This is a new genocide, and now we fight.”