IN PICTURES: Huge outpouring of protest against U.S. government's war on immigrants

Mass demonstrations have been taking place in cities and towns across the country in outraged response to the Trump administration's policy of family separations, and the brutal deportation machine that has been built by previous administrations.

In Portland, Oregon, protesters with Occupy ICE have been occupying the area outside of an ICE facility since June 17. On June 20, they issued a statement explaining the bold action: 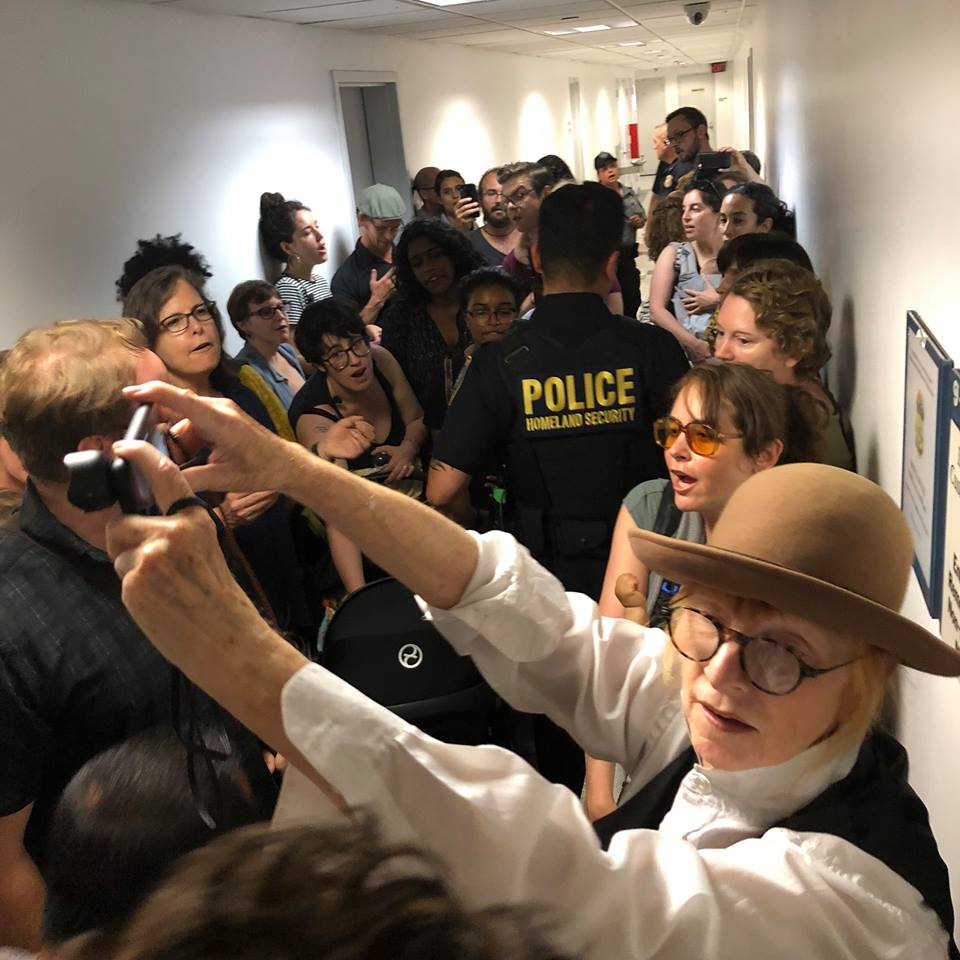 Beginning on Sunday, June 17, community members from all walks of life, working together with the Direct Action Alliance, Portland Assembly, and the Portland Democratic Socialists of America, organized a protest in the area around an ICE facility in southwest Portland with legal support provided by the National Lawyers Guild, to protest the Trump administration’s monstrous and inhumane policy of separating children from their families at the border. The protest, located at 4310 SW Macadam, has quickly developed into an occupation, with tents, supplies, facilities, and even a tiny library. On Tuesday night the occupiers committed to staying there until concrete and meaningful action is taken to reunite these families, and since Wednesday the facility has been rendered inoperative. Though there have been confrontations with police and DHS, police repression has remained minimal.

Read the rest of the statement