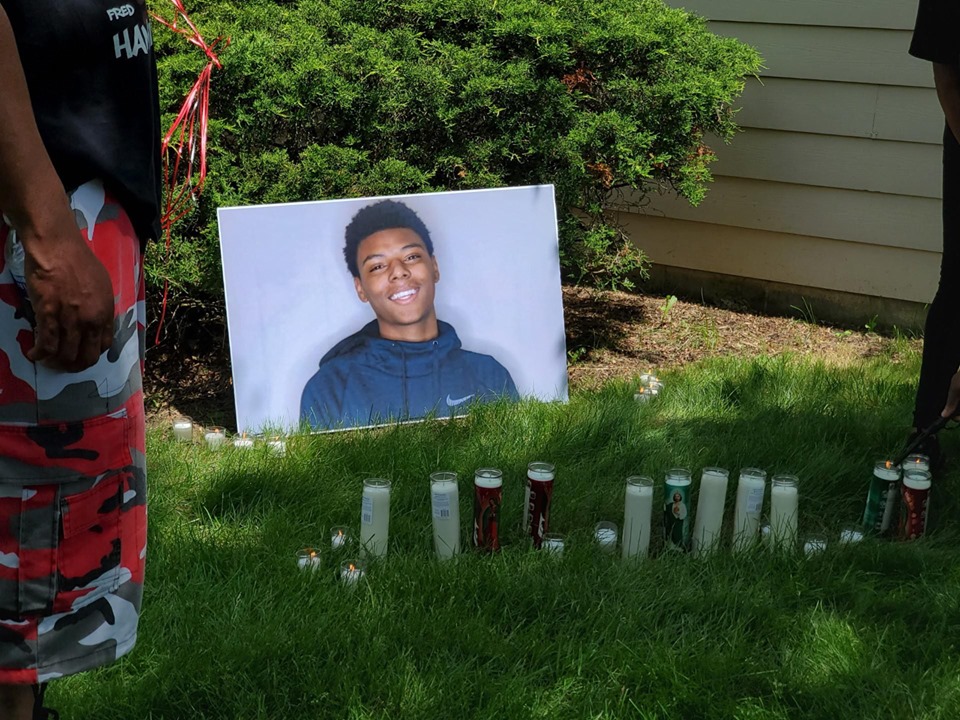 On February 23, an independent review panel appointed by Indianapolis mayor Joe Hogsett submitted their report on the Indianapolis Metropolitan Police Department’s response to the anti-racist uprisings between May 29 and June 1, 2020. This coincided with the assassination of George Floyd, but followed three murders by IMPD officers over eight hours between May 6 and 7: two young Black men named McHale Rose and Dreasjon Reed and a young white woman named Ashlynn Lisby who was pregnant as an IMPD officer killer her with his car. The cops who killed Rose are back on duty, in November 2020 the grand jury failed to indict the cop who murdered Dreasjon Reed, and the cop who murdered Lisby was immediately let off the hook.

The report confirmed key facts that protest organizers have been saying since that weekend: that IMPD used tear gas on peaceful protesters, including children, before any property damage occurred; that IMPD arbitrarily declared peaceful and lawful assemblies “unlawful” to break them up; and that IMPD lied about the reasons for which they illegally seized medical supplies before attacking protesters.

That weekend, IMPD Chief Randall Taylor said there were “two protests” that took place, one that was peaceful, and one that was violent and therefore necessitated a violent police response. The Indiana chapter of the ANSWER Coalition, which was present throughout the protests, previously said this in a statement released on June 2:

One protest was righteous and progressive. It drew thousands of people downtown, who united peacefully to express their outrage and grief, their hopes and aspirations. It was multinational and diverse, composed of people from all walks of life. They demanded justice for Dreasjon Reed, McHale Rose, Ashlynn Lisby, George Floyd, Aaron Bailey, and all victims of police violence. They brought signs, megaphones, water, and medical supplies. They came with their loved ones, their children and family members, their co-workers and friends.

The other protest was reactionary. It drew two main groups of people: police and right-wing vigilantes. They were primarily white. They demanded justice for private property and defended white supremacy. They brought guns, chemical weapons, and handcuffs. Dressed in riot gear and covered with American flags, they came out for a fight. And they started one.

This characterization of the two protests is borne out by the facts and is bolstered by this report.

While the report is critical of IMPD in places, elsewhere the panelists are entirely too generous in describing their actions and the resulting chaos they caused. Indy10 Black Lives Matter released a detailed response to the report, highlighting the significant gaps in the report’s findings.

An incident from May 31 that made international news was left out of the report. Local broadcast media caught IMPD officer Jonathan Horlock and Nathaniel Schauwecker brutally beating a woman, well away from any other protesters. Those cops are now facing battery, official misconduct, and perjury charges brought by a grand jury. Indy10 BLM addressed the glaring omission, saying:

In omitting this well-known incident, the report missed an opportunity to examine the organizational culture of IMPD revealed by its response to public outcry over the viral video of the arrest. ERG members, upon the indictment of their colleagues for battery and misconduct, threatened a walkout due to their unhappiness with the charges.

While the report attempts to cast the problems with IMPD as being symptomatic of a lack of training, planning, or experience, we agree with Indy10 that these explanations are insufficient. If it was simply a lack of training, why did cops know not to shoot tear gas in the affluent Meridian-Kessler neighborhood when protesters marched to the Governor’s Mansion? If the actions of IMPD were simply a lack of experience, why did the report quote an IMPD officer as saying “Cops want to be police—we don’t want to hug the problem”?

Cops want to “be police”—that is the problem

The anti-racist uprisings that exploded across the United States and then the world in 2020 adopted the slogan “Defund The Police” in what the ruling class rightly recognized was a threat to their monopoly grip on power. Overnight, a demand that was not even part of the national conversation was thrust forward and hotly discussed in every community. This was not just idle talk as we see from Congress—millions of average people poured into the streets in active support of the demand. It is a particular kind of demand that doesn’t call for more funding for training but for less funding so we can minimize the presence of police in our communities, especially the neighborhoods where the most oppressed sectors of our class live.

The ANSWER Coalition stands in solidarity with all of those continuing to struggle for an end to racist police terror and white supremacy in Indianapolis, many of which are part of the newly formed Indianapolis Liberation Center, including Indy10 Black Lives Matter, ANSWER Indiana, and the Party for Socialism and Liberation of Indianapolis. Find out how you can support the movement here!